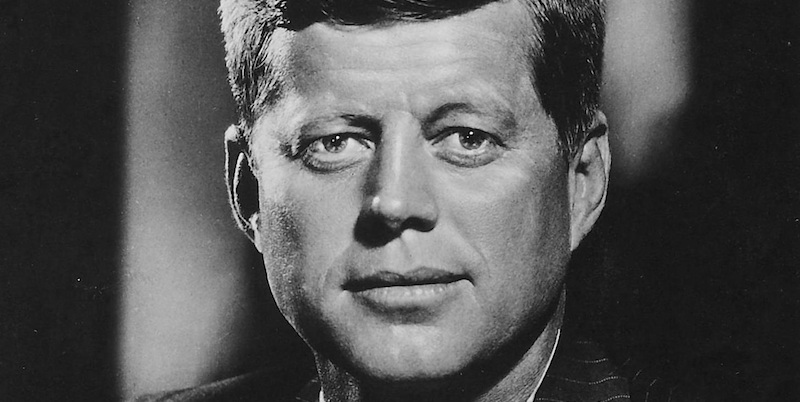 What We Still Don’t Know About the Cuban Missile Crisis

Martin J. Sherwin on the Questions that Remain

In a century filled with horrific wars, the Cuban missile crisis came close to producing the most horrifying war of all—“the final failure,” in President Kennedy’s words. How and why the United States and the Soviet Union nudged each other to the edge of the nuclear abyss, and how they avoided a suicidal plunge, is the paramount story of our age. In lives gambled and saved, it was history’s luckiest nonevent.

It was “insane,” Kennedy remarked, “that two men, sitting on the opposite sides of the world, should be able to decide to bring an end to civilization.” But these many years later that “insane” possibility still exists and governs the way nuclear weapons states function. A new history of the decisions that led to the Cuban missile crisis, and a close analysis of the decisions that produced its peaceful resolution, thus remain compelling and relevant.

Although generally understood as a confrontation between the Soviet Union, the United States, and Cuba, the missile crisis was in fact far broader in its origins, scope, and consequences than its Russian name (the “Caribbean Crisis”), its Cuban name (the “October Crisis”), or its American name suggests. It was a global event—an integral part of the wider Cold War, and a consequence of the nuclear arms race that began with the atomic bombing of Hiroshima.

That savage beginning of the nuclear age gave rise to new concepts of diplomacy, security, and war. But decisions about how the atomic weapon would be integrated into international relations fell to the leaders of the U.S. and Soviet governments.

In the seventeen years between the atomic bombing of Hiroshima and October 1962, Truman and Stalin, Eisenhower, Kennedy, and Khrushchev, made choices that led the Soviet premier to sneak his missiles into Cuba, and the president to demand their removal, even at the risk of war.

The failure after nearly sixty years to “historicize” an event as significant as the Cuban missile crisis—that is, to explain it within its larger historical context—is highly unusual.

Those seventeen years were the most intense period of military and diplomatic adaptation to a new weapon in modern history. Imagining and experimenting with ways to make nuclear arms serve national objectives were the period’s defining characteristics. Distinguished by prodigious theorizing and experimenting, first the United States and then the USSR struggled to come to grips with the purposes and consequences of their arsenals.

Into this opportunity gap rushed military and civilian strategists (“defense intellectuals”) with an abundance of arcane doctrines, many of which were unfettered insanity as the historical record reveals. Theories of nuclear weapons and nuclear war—preemptive wars and limited wars—proliferated, as did schemes for reinforcing diplomacy with threats, tests, and deployments.

Guided by those theories, both superpowers came to rely in the mid-1950s on their nuclear weapons and delivery systems to contain the foreign policy ambitions of the other. As Cold War historian Melvyn Leffler determined, nuclear superiority encouraged risk taking, and much of the nuclear arms race concentrated on limiting the ability of the other to take risks. The ultimate irony of the Cuban missile crisis was that Khrushchev took the most dangerous risk.

An iron law of chronology—the chronological framework a historian chooses—determines how a historical event is perceived, understood, and explained. The narrowest—and most frequent—framing of the Cuban missile crisis is restricted to the thirteen days between October 16, 1962—the day President Kennedy was notified that the Soviets had secretly deployed offensive missiles to Cuba—and October 28, the day Premier Khrushchev agreed to remove them.

In the familiar American telling, Soviet aggression was the cause of the crisis, Castro was irrelevant, and the United States was the uncontested victor. This is the version of the crisis that Robert Kennedy described in his memoir, Thirteen Days, published posthumously in 1969. It is a centerpiece of the Camelot legend.

In 1997 the historians Aleksandr Fursenko and Timothy Naftali offered a broader and deeper view. In their pathbreaking history, One Hell of a Gamble: Khrushchev, Castro, and Kennedy, they locate the “seeds” of the missile crisis “in the story of the Cuban revolution.” Without doubt Castro’s success, and his alliance with the Soviet Union, created the circumstances that led to the confrontation with the United States. But neither Castro nor Communism can explain why Khrushchev chose strategic nuclear armed missiles to defend the Cuban revolution. Seemingly an impetuous choice, it was, in fact, dictated by the role that nuclear weapons played in the preceding seventeen years of Cold War geopolitical competition.

The atomic bombings of Hiroshima and Nagasaki, President Dwight D. Eisenhower’s deployments of nuclear missiles to Europe and Asia, Secretary of State John Foster Dulles’s brinkmanship, President Kennedy’s nuclear weapons buildup—as well as Khrushchev’s own use of “nuclear diplomacy”—led Khrushchev to view those missiles as the deterrent du jour. The United States, he rationalized, had “surrounded us with military bases and kept us at gunpoint [with nuclear missiles].” If he sent similar weapons to Cuba “we would have a balance of fear [and nuclear strike capability], as the West phrased it,” and Cuba would be safe.

The failure after nearly sixty years to “historicize” an event as significant as the Cuban missile crisis—that is, to explain it within its larger historical context—is highly unusual, although, in retrospect, it’s easy to see why the roots of the crisis have been overlooked in histories of the event.

Its resolution captured the admiration of the American public, and secured the handsome young president’s reputation as a tough and effective leader. His steely nerves, the Camelot version explained, faced down the Soviets at the brink of nuclear Armageddon. There seemed no compelling reason to look further into its history.

The president and his close advisers reinforced this heroic narrative through leaks to friendly journalists, who promoted the administration’s performance as a model of nuclear-age “crisis management.” President Kennedy’s assassination in November 1963 precluded challenges to this triumphalist narrative. There can be little doubt that during the 1964 election campaign his Republican opponent would have attacked both his pledge not to invade Cuba, and pursued the (accurate) suspicion that he had offered to remove U.S. missiles from Turkey in exchange for the withdrawal of the Soviet missiles in Cuba. Had that scenario played out, the prevailing view of the Cuban missile crisis as a flawless Kennedy triumph could not have been sustained.

How the president freed himself from the conventional Cold War attitudes his advisers advocated is the central question of the Cuban missile crisis.

Finally, recordings of Kennedy’s advisers, taped secretly by the president, were declassified in time to divert researchers from expanding history’s view of those thirteen days. Providing detailed documentation of the Cold War’s most serious existential policy debates, the recordings of ExComm meetings reveal how each of the president’s advisers tried to influence his decisions. Understandably, the historian Sheldon Stern observed, historians could not resist writing about the crisis from the perspective of “a fly on the wall.”

Those Cabinet Room and Oval Office recordings also captured the words of the president. Combined with memorandums and notes, the tapes make it possible to follow Kennedy’s torturous decision making as the crisis unfolded. “I think we ought to, beginning right now, be preparing to take out these missiles,” the president declared at the first ExComm meeting.

But within two days he emerged as the primary advocate for blockading Cuba.

How the president freed himself from the conventional Cold War attitudes his advisers advocated—why he changed his mind and resisted initiating a military strike—is the central question of the Cuban missile crisis. After all, had he authorized the bombings and invasions urged by the Joint Chiefs of Staff and most members of ExComm, the crisis would have developed quite differently.

The United States had a superior global nuclear arsenal, and a conventional military advantage in the Caribbean, but suffered a severe intelligence deficit. In addition to the Soviet Union’s medium- and intermediate-range missiles in Cuba, the CIA estimated that 11,000 conventionally armed Soviet troops were on the island when, in fact, there were 42,000 Soviets armed with tactical nuclear weapons.

Could Khrushchev have resisted responding with a military strike if thousands of Soviet soldiers were killed in the massive bombing raids the Joint Chiefs recommended? Could Kennedy have accepted thousands of Americans massacred by Soviet tactical nuclear weapons as they stormed the beaches of Cuba?

These critical questions never had to be answered because serendipity intervened—in the form of a providentially arranged lunch between the president and his UN ambassador, Adlai Stevenson, at the White House on October 16, the first day of the crisis.

“An attack would very likely result in Soviet reprisals—Turkey, Berlin, etc.,” Stevenson warned. The missiles had to be removed, he agreed, but “it should be clear as a pikestaff that the U.S. was, is and will be ready to negotiate the elimination of bases and anything else: blackmail and intimidation never, negotiation and sanity always,” he concluded in the final underlined sentence of his memorandum that summarized his conversation with the president.

During the next 48 hours, after what proved to be a turning point in the president’s thinking, Kennedy reconsidered the military options and began to track Stevenson’s singular, insistent advocacy for “explor[ing] the possibilities of a peaceful solution.” As difficult as their relationship was, Stevenson’s suggestions of October 16 and 17 roused the president’s prudent instincts, and he adopted many of his UN ambassador’s ideas.

Stevenson’s warning that West Berlin was an easy target for a Soviet reprisal was particularly influential. “Our problem is not merely Cuba but it is also Berlin,” President Kennedy told the Joint Chiefs three days later. They were mutual hostages. America’s NATO allies would not support an invasion of Cuba if it jeopardized West Berlin’s survival.

Once the Cuban missile crisis is integrated into the grand sweep of how nuclear weapons were used by the superpowers between 1945 and 1962, the ideas that incited it are clearly revealed.

We learn that before the bomb existed, policy makers recognized the threat to humanity that nuclear weapons would pose, and the concomitant advantages that a nation in sole possession of the bomb might acquire: “The world in its present state of moral advancement compared with its technical development would be eventually at the mercy of such a weapon,” Secretary of War Henry L. Stimson warned Harry S. Truman, the new president, on April 25, 1945. “In other words, modern civilization might be completely destroyed.”

But Truman’s secretary of state perceived an immediate advantage in that terrifying possibility. A successful demonstration of the bomb’s power, James Byrnes told the president in May 1945, “might well put us in a position to dictate our own terms at the end of the war.”

Relying on the bomb to shape diplomacy and military policy in the postwar world was a wartime decision. “It was ever present in my mind,” Byrnes recalled in an interview, “that it was important that we should have an end to the war before the Russians came in.”

Stalin had no doubt that the atomic bombings of Hiroshima and Nagasaki were meant to signal just that. America intended to use its atomic monopoly to intimidate him, and he wasted no time getting his own atomic bomb. Regardless of the myriad other forces that would shape the Soviet-American relationship—economics, ideology, geography, national ambitions, alliances—it was clear from August 6, 1945, that nuclear weapons would command a central role. 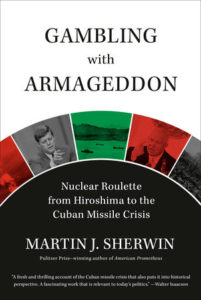 Martin J. Sherwin, George Mason University Professor of History, is the author of A World Destroyed: Hiroshima and Its Legacies, winner of the Stuart L. Bernath and the American History Book prizes, and the coauthor, with Kai Bird, of American Prometheus: The Triumph and Tragedy of J. Robert Oppenheimer, which won the Pulitzer Prize for biography in 2006. He and his wife live in Washington, DC, and Colorado. 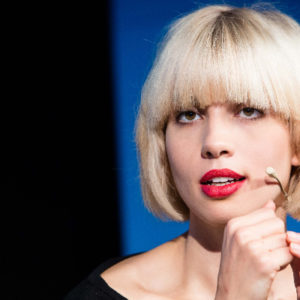