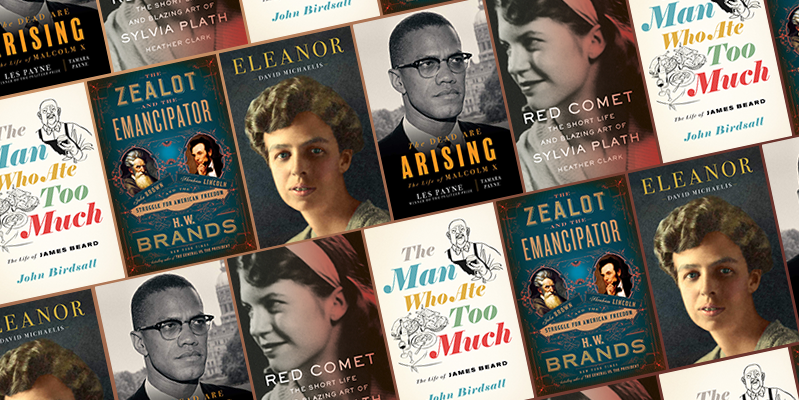 Les and Tamara Payne’s The Dead Are Arising, Heather Clark’s Red Comet, David Michaelis’ Eleanor, John Birdsall’s The Man Who Ate Too Much, and H. W. Brands’ The Zealot and the Emancipator all feature among October’s best reviewed memoirs and biographies.

1. The Dead Are Arising: The Life of Malcolm Xby Les Payne and Tamara Payne
(Liveright)

Read an excerpt from The Dead Are Arising here

“…this kind of textured attention to Black life and community, whether in Omaha or Boston, Atlanta or Accra, distinguishes Les Payne’s masterful biography, The Dead Are Arising: The Life of Malcolm X… a meticulously researched, compassionately rendered, and fiercely analytical examination of the radical revolutionary as a human being… a portrait that pushes us beyond the adolescent hero worship that many in my generation cling to in our current political moment as we reread Malcolm X, C. L. R. James, Angela Davis, and other Black thinkers … With new information gleaned from decades of research, Payne sheds fresh light on key moments in Malcolm’s political journey … Because Payne takes the memories and views of Black communities seriously—because he never assumes that Malcolm’s Black contemporaries experienced him in the same way that we describe him in the present—The Dead Are Arising provides an invaluable glimpse into the mechanics of community mobilization led by Black women … The Dead Are Arising forces us to ask deeper, more complicated questions about the Black people and places from which our heroes come.”

3. The Man Who Ate Too Much: The Life of James Beard by John Birdsall
(W. W. Norton & Company)

“With loving care, Birdsall details the central irony of James’s life: it was his job to share gastronomic pleasure with the public, but he had to keep his own private desires out of sight … Birdsall has established himself as our pioneering writer on the unacknowledged role played by closeted gay men in shaping America’s food culture… Birdsall has done his research with enviable skill … The most admirable food writing—including The Man Who Ate Too Much—reminds us that enjoying food starts with learning about our own tastes. Good food is the food that pleases us, be it new or familiar.”

4. The Zealot and the Emancipator: John Brown, Abraham Lincoln, and the Struggle for American Freedom by H. W. Brands

Read an excerpt from The Zealot and the Emancipator here

“‘Brown was a first martyr in the war that freed the slaves, Lincoln one of the last,’ Brands writes in a tale told by a master storyteller, with a momentum and a power appropriate to the subject. In these pages we have the hare (Brown) and the tortoise (Lincoln). In these pages it is no fable, but instead one of the greatest, but surely the bloodiest, American stories.”

“Michaelis details innumerable stories of people and events in Eleanor’s life, from her years as the increasingly engaged first lady to her roles in Democratic Party politics to her work as a newspaper columnist and speaker after Franklin’s death in 1945 … Much of Eleanor will be familiar to many readers, but Michaelis’s rendering is especially bright and a pleasure to read. Few other books reveal the fascinating inner journey that transformed Eleanor from an emotionally choked-off young woman into a mature leader who inspired millions.”

The Story Behind One of Hadestown's Most Beloved Songs 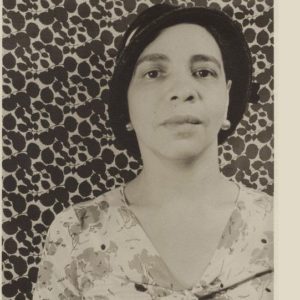 Welcome to part one of the second episode of our new original podcast, Lit Century: 100 Years, 100 Books. Combining literary...
© LitHub
Back to top
Loading Comments...