Lilly Wachowski: Refuse Fascism, at the Ballot Box and in the Street

"How many more fucking bodies have to pile up?"

My Grams was one of those people I loved to make laugh. She was a mighty woman who left an indelible mark on the women in my family. Myself included. I think of her when I fold a fitted sheet or make “Gramma eggs,” our family’s name for “egg in a basket.” Her atoms can be felt in every one of my and my sister’s films and was a huge inspiration for the Oracle in the Matrix trilogy. At the very end of her life, one of the things she said that carries wistful weight in our family’s lore was, she wasn’t afraid of dying, she just wanted to know the rest of the story, to know what was going to happen.

As we approach the crucible that is the 2020 election, this moment of our potential unmaking, I am at a loss when presented with the idea of what happens if Trump denies the will of the people and refuses to honor a peaceful transfer of power.

And then what happens?

That is the question that leaves me tossing and turning in bed at the darkest hours of the morning, my brain in free fall reaching out for purchase, grasping. The strange event horizon of this post-election moment in its unknowableness is unsettling.

We played endlessly. It was a game that would hone my imagination to create and understand hypothetical situations and how to navigate through them. It helped my young mind in the creation of my own sense of self and my moral universe. It offered a salve to my gender dysphoria with the opportunity to disappear and inhabit other worlds, other bodies, bodies that more closely aligned to the one I yearned to be.

The ability to answer the question “And then what happens,” has served me immeasurably in my career as a filmmaker. To make a film is an impossibly ponderous endeavor, from its inception and ideation, to story, to script, to production, to post production; a film is a flowchart of seemingly infinite variety of decisions. And right now, days before the election, the question nags ominously.

Over the last months, that sense of uncertainty, that hole in our story, had me scouring the abyssal of the internet, ultimately turning to the hard answers offered time and again by sites like Truthout, Gaslit Nation, The Indivisible Project, Stand Up America, and Refuse Fascism. These are folks who have been ringing this alarm for the past four years and succinctly put all of my anger, fear and anxiety into words on the desperate looming cataclysm we face.

How many more fucking bodies have to pile up?

The urgency of Refuse Fascism though, is that we cannot wait until after the election. That we have to mobilize now, to take to the streets now, to pre-empt the rolling fascist coup that is taking place NOW. Definitely exercise your right to vote but they posit that this regime will likely have to be forced out under the weight of mass-nonviolent protest in the streets. And though this premise is full of the promise of direct action which I like, I still find my mind wanting, grasping.

And then what happens?

If there isn’t some kind of Frank Capra ending to this nightmare, if there isn’t an overwhelming electoral landslide of the decent, what do we do?

What happens when Trump disputes a close election, then tries to legitimize his coup via his illegitimately packed courts and corrupt DOJ? The evidence is that he’s already doing it.

My pal Aleksander Hemon has written extensively about this, drawing parallels to his experiences in Bosnia, prognosticating about the impending doom we are all facing. Doom is a specialty of his.

“The moment when we cannot in any way connect what is taking place and what we know, is a traumatic one, because the solidity of reality—the belief that its continuity cannot be altered—catastrophically falters.”

This knocks the wind from me. Because the “solidity of reality” is that I can’t see through the murk of this situation that doesn’t end in violence.

Violence. It is the GOP’s go-to. The one substantive piece of their political platform.

How many more fucking bodies have to pile up?

The truth is, if Trump “wins” this election, I am having a difficult time imagining I am not going to be one of those bodies. This does not make me special. By the inauguration the number of Covid deaths will likely double. “Rounding the corner” to half a million dead Americans. It is a staggering number. A crime against humanity. And is indicative that one way or another the violence of the GOP is going to come for us all.

But it doesn’t have to be this way. The dung beetles don’t have to eat our bones, not if we rise up and participate in this moment. By freeing our radical imaginations we can create that Capra-esque ending for ourselves. The movements around the world have shown us the way. Black Lives Matter has shown us the way. The courageous citizens that are hurling themselves into the ballot blockades have shown us the way. We must come together and end this fanatically violent regime that imperils our lives and the Earth itself. We are the writers of this story and we get to decide how it’s going to end.

So get out there and vote with all your fucking might, rabidly protect your ballot with everything you got and I’ll see you in the streets.

The world will be watching to see what happens next.

Lilly Wachowski is a trans woman, filmmaker who has collaborated on a myriad of moving picture cinematics including  the Matrix Trilogy, V for Vendetta, Speed Racer, Cloud Atlas, Sense8, and Work in Progress. She is a board member of Brave Space Alliance and co-signer of A Pledge to the People of the World: In the Name of Humanity, We Refuse to Accept a Fascist America. 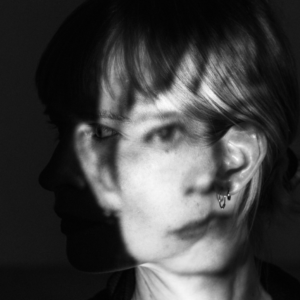 The first time I heard the Norwegian musician and author Jenny Hval’s voice, I was standing in a Brooklyn record shop,...
© LitHub
Back to top