Turns out Gabriela Garcia Marquez was also against interpretation • How the literary world reinvented the book festival in real time • LA’s resident mountain lion is a lonely hunter • On the odd life of a Zoom poet-for-hire • Priya Basil on the living histories of regional cuisine • Valzynhya Mort: “Is there anything more beautiful than night in a Soviet microregion?” • What we talk about when  we talk about Titles Like This • Dan Moller on the technical challenges of playing Bach • Susana Moreira Marques on the comic misunderstandings of motherhood • Kathleen Flenniken reconsiders what it means to love one’s country • Michael Fischer on moving beyond the binary of criminality • Gilda Daniels on the roots of voter deception • Michelle Jackson on the myths of American opportunity • Loretta Napoleoni on the heroic women who stitched their way to freedom • Studying the art of the Middle Ages as a queer Latinx • Jerald Walker gets a bad haircut and goes downhill from there • A brief history of citational fiction and literary supercuts • Chris Stedman attempts to find humanity on the internet • Wayne Coyne on the last song he’d play before dying • Patrick Rosal on family history, language ecosystems, and life in the cane fields • Meet the high school teacher who changed Kaveh Akbar’s life • Emily van Duyne on loving, and misunderstanding, Sylvia Plath • Charles Bowden on the US-Mexico border and what America has chosen not to understand • Spend some time with Cees Nooteboom wandering through Venice • Tony Conniff does a close reading of Bob Dylan’s “Tangled Up in Blue” • Sandra Cisneros on the #MeToo movement, narrative voice, and The House on Mango Street

Crime and the city explores the “educated” novels of collegiate Cambridge • How the discovery of a rare pink diamond led Matthew Hart to thrillers • Susie Yang with six anti-heroines who test the limits of morality • John Connolly has a few thoughts on the state of Irish crime fiction • “Turmoil and fear and injustice have always existed”: an interview with Tana French • Michael Gonzales remembers a hospitable drug dealer who would become the victim of a senseless crime • Tara Lush on the sunburnt comfort of tropical cozies in trying times • Dominic Martell has some advice for helping your characters age gracefully • H. B. Lyle on Erskine Childers, the gentleman spy novelist who became a revolutionary • Is your character a serial killer or a vigilante? Layne Fargo has some ideas

The Girl With Braided Hair 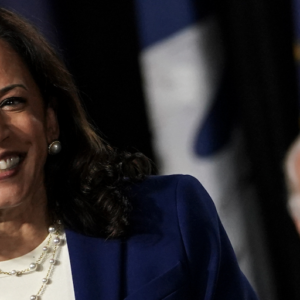 Eight billion people are waiting for an end to the long, long race for the presidency, and more than that an end to the clownish,...
© LitHub
Back to top