The Girl With Braided Hair 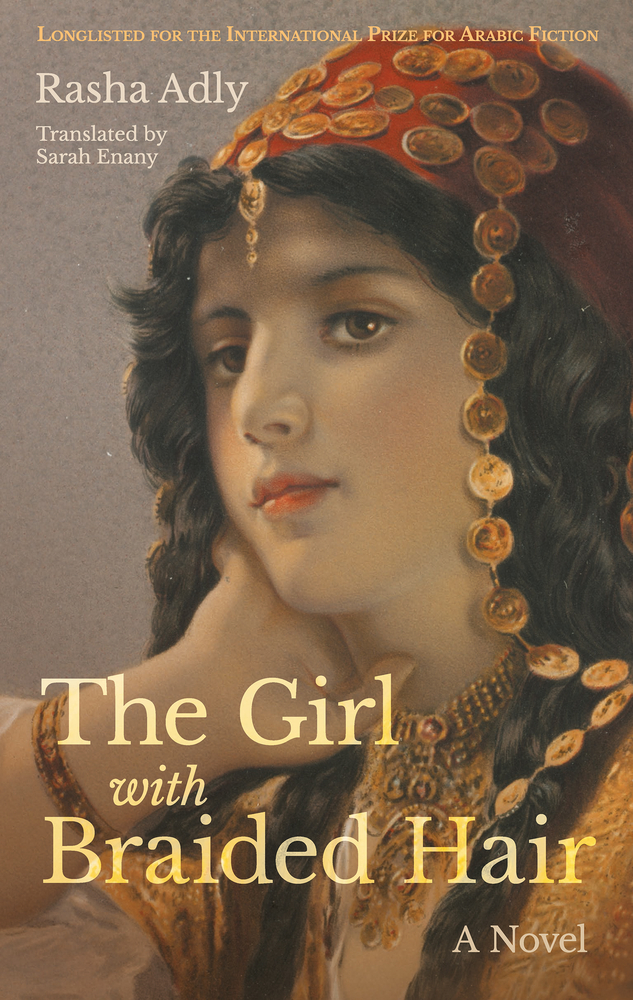 The following is excerpted from Rasha Adly's novel, The Girl with Braided Hair, translated by Sarah Enany. Adly is an Egyptian writer and author of six novels in Arabic. The Girl with Braided Hair was longlisted for the 2018 International Prize for Arabic Fiction and is Aldy's first novel to be translated into English. She works as a researcher, journalist, and lecturer in the history of art. Sarah Enany is a literary translator and teaches at Cairo University.

When Yasmine turned the key in the lock, her grandmother was screaming as usual, praying to the Lord to deliver her from her suffering. Dumping her purchases on the kitchen table, Yasmine went straight to her. “What’s the matter, Grandma? What happened? What suffering?”

“Let me scream in peace!” her grandmother snapped. “My diaper hasn’t been changed since this morning! And what do you call that? Isn’t that what you might properly call suffering?”

Although they had a maid who also cooked, and would have been happy to change the diaper, her grandmother refused to let the woman see her naked. She insisted that Yasmine change her, bathe her, and do her hair as well. This was one of the things that made Yasmine periodically think that putting her grandmother in a home would be an excellent idea, and decide to do it; but moments later, she would find herself shaking her head violently, as if to throw the idea out of it. No, no, I couldn’t.

The diaper changed and the table set, dinner was dished out. The two of them sat facing each other at the kitchen table. “In that white shirt, you look a lot like your mother,” said her grandmother.

Yasmine smiled, chewing, but said nothing. She had no desire to get into that subject, as it always led to painful memories and strong disagreements.

Clearly, though, her grandmother had decided to upset her today. “If she were alive, poor thing, she’d have been sixty-five. But she chose to leave at forty-five. What a woman she was, so vibrant!”

“Grandma, please, let’s talk about something else.”

“But that bastard of a father of yours,” she plowed on as though she hadn’t heard, “it was all his fault! It was him who drove her to suicide, it was, and as if that wasn’t enough, he didn’t even have the decency to stick around! Ran off like the worthless coward he is.”

“I told you a hundred times, she was depressed. That was why. Nobody makes anyone kill themselves. It was just . . . a thing that happened.”

“And who was it who made her depressed, eh? Wasn’t it him? Lousy womanizer! With her best friend, yet. It’s enough to make any woman kill herself.”

“She could have gotten treatment and started fresh. You just said it yourself—she was beautiful, attractive, full of life. She could have made a new life, she could have tried to forget. It was her choice to close every door.”

Her grandmother sighed. “I can’t believe it either, that such a beauty, such a success, would end her life for that Casanova. But he was the love of her life. Ever since her first year in university, she was his girlfriend. Do you even know what that means? And she married him the minute she graduated—she’d never known another man!” Her grandmother chewed her food, lost in thought. “From the first, there was something about him that set me on edge. Eyes like a fox, he had, cunning and wily.”

“Why not blame the woman who made him do it?” Yasmine sighed. “You said it yourself—she was her best friend. That’s low, if you ask me.”

“But it was your father’s fault more than anyone. He knew how your mother adored him. He should have cherished that love, cherished his family.” She set down her fork on her empty plate. “And her best friend, of all women! Couldn’t he find someone else? Did it have to be her best friend?”

Yasmine pushed back her chair with a clatter and started to stack the empty plates. “It was Mom’s fault they got that close.” She carried the dishes over to the sink. “She was the one who let her into her home and let her get close to her family. She shared all her secrets with her, everything she did, everyone she met, what happened, what was going to happen—all the details of her relationship with Dad, and the rough time she was having with him.” Clattering, she stacked the plates, then started on the glasses. “She let her spend time alone with Dad whenever she came to visit—sitting and talking to him while Mom was in the kitchen cooking. And she even insisted that Dad drive her home! She practically put out a welcome mat for them to have an affair.”

“Whatever the temptation,” her grandmother insisted, “if you’re loyal by nature, you don’t give in.”

Yasmine’s hands stilled on the dishes, lost in a faraway corner of memory. She could still remember that Jezebel—skimpy clothes, bright red lipstick, overpowering perfume, and throaty, silky voice. Mom was just the opposite—she dressed modestly and everything about her was soft—her prettiness, her voice. How hard would it have been for Mom to recognize that that woman was doing her best to get close to Dad and entrap him? They tried to hide what was going on, never suspecting that a ten-year-old could recognize the gestures and glances that went between them, the whispers that gave it all away.

Poor Mom, making dinner for them in the kitchen while they flirted. God, could they have let her down any worse? What kind of pain must she have felt? What a dagger through the heart. No wonder she couldn’t stand to go on living.

As usual, talking about it brought nothing but pain. The whole thing was like a wound covered in ointments and bandages to stop the bleeding until such time as it might heal—only it never did. Every time she recalled it, the bleeding would start again. Yasmine went into her room, slamming the door.

“There are faithful men! You must know it!” Her grandmother’s yell came through the door. “Don’t let it turn your heart against them all!”

“Don’t worry,” Yasmine muttered with a sad smile, not caring whether or not her grandmother heard. “You don’t need to worry about that.”

Excerpted from The Girl with Braided Hair by Rasha Adly, translated by Sarah Enany. Excerpted with the permission of Hoopoe. Copyright © 2020 by Rasha Adly. 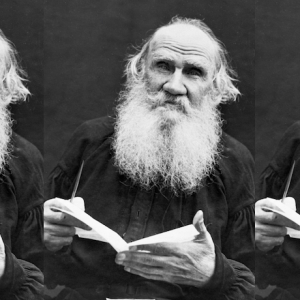 Lit Hub Weekly: November 2 - 6, 2020 “The Babur Nama is an oddly modern text, almost Proustian in its self-awareness.” William Dalrymple on the 16th-century...
© LitHub
Back to top