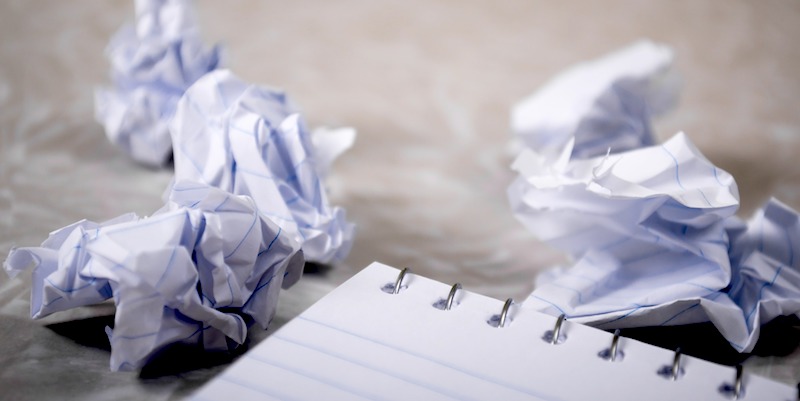 Our story begins in 1989, with the publication of Raymond Carver’s What We Talk About When We Talk About Love. In this collection’s title story, two couples discuss love and relationships over a bottle of gin. Mel and Terri have been together for a while, and by now, their unhappiness peeks through their heroic courtship story. As Mel launches into an anecdote, he says, “it ought to make us ashamed when we talk like we know what we’re talking about when we talk about love.” Immediately, Terri says: “Come on, now. Don’t talk like you’re drunk if you’re not drunk.”

Terri, unwitting literary critic, queen of my heart! I share her annoyance whenever I see a title like, “What We Talk About When We Talk About [Blank].” In her husband’s lengthy phrase, Terri senses the quality of slurred speech. My issue with this sort of title is similar. In its rhythmic lengthiness, the title hopes to suggest its author’s meditative, expert approach to the topic, but it is overused, often imprecise, and unimaginative. Like Terri, I’m not buying it.

While Carver’s was the first famous one, titles like this have been enjoying a heyday in the past decade. In 2009, Haruki Murakami came out with What I Talk About When I Talk About Running: A Memoir. He asked Tess Gallagher, Carver’s widow, for permission to use the title form. In 2011, The New Yorker featured Nathan Englander’s story, “What We Talk About When We Talk About Anne Frank,” which was reprinted in his 2013 collection of short stories of the same name. In a clever reprisal of Carver’s story, Englander substitutes Jewish identity for love as the topic of two couples’ drunken conversation.

In his title, Carver identifies the conversation, not love itself, as the center of his story. But I don’t think that other adherents of this title are so deliberate in distinguishing their topic and the wider discourse on the topic. Let’s take, for instance, Abdulali’s What We Talk About When We Talk About Rape. Why not simply On Rape or Rape?

In using this 30-year-old title template, authors forfeit the chance to stamp their work with clear, representative titles.

The authors are not to be blamed entirely; they have less say on their works’ titles than we imagine. Perhaps editors have been pushing this title form, hoping to appropriate the rhythm and literary associations of Carver’s original title, to strike a vaguely meditative tone without asserting the book’s real character.

Regardless of the intent, when used for nonfiction, this title implies a complicated relationship between author, reader, and society. It references an existing conversation on the topic, in which the reader presumably has a long-standing interest. This title is always used for broad subjects—after all, who hasn’t thought about rape, God, health, or love? You would never see a title like, What We Talk About When We Talk About Eighteenth-Century Lubok Prints in the Ryazan District of Russia. “We” don’t talk about this.

The most treacherous word in this prolific Mad Lib is “we.” Who is this “we” doing the talking about something? Unless the author defines this group—and her position within it—all she offers is a universalizing perspective. In using these titles, authors and publishers suggest that a wide discourse’s “true” meaning requires redefinition. Only the author—who is within the discourse’s “we” but somehow also at a better vantage point than everyone else—has the authority to define the terms of this conversation. She offers a diagnosis of the current conversation and prescribes a new way of doing things. Yet, in cloaking herself in the popular “we,” rather than authorial “I,” the author also lends herself a great deal of power in anonymity. The exception here is Murakami, who explicitly set out to describe his own relationship to running, rather than the activity in general in What I Talk About When I Talk About Running: A Memoir. By using “I” instead of “we,” he clearly defines his own relationship to the material.

Maybe Murakami’s example can guide this unfortunate title genre into the 2020s. Authors have always sought to renegotiate the parameters of conversations that started long before them. But this can only happen when an author takes a demanding look at her own positionality vis-à-vis her subject and the other people who talk about it, too. When she focuses less on defining the [Blank], and more on defining the “we.” As Carver reminds us, we never know our conversation partners as well as we think.

Maybe we don’t fully know our books until we’ve titled them, either. Most tragically, in using this 30-year-old title template, authors forfeit the chance to stamp their work with clear, representative titles. My greatest wish for nonfiction in the 2020s is beautiful, unexpected titles: strange and thoughtful enough to rival the best in literary fiction.

Fiona Bell is a culture writer and translator of Russophone literature. Her work has appeared in Asymptote Journal, the Los Angeles Review of Books, Full Stop, and elsewhere.

I Knew How to Play Bach, But That Didn't Mean I Was Good 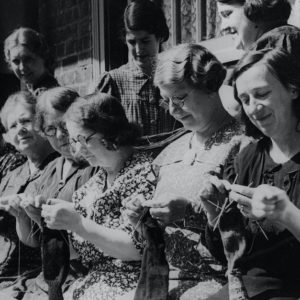 I discovered the true language of knitting when I was reading A Tale of Two Cities by Charles Dickens. I was ten or eleven...
© LitHub
Back to top