Cheryl Strayed talks to Debbie Millman about grit, healing, and the writing life • Elizabeth Strout on writing directly • Noam Baumbach and Greta Gerwig on making Frances Ha • “Please stop asking how I wound up in Fargo” • Read a letter from Gertrude Stein about her beloved dog, Basket • Where are all the plain female protagonists? • Marriage story, Martha Gellhorn and Ernest Hemingway edition • How David Foster Wallace predicted Netflix’s (insidiuous) algorithm • On Jay Gatsby, the most famous North Dakotan • Anne Elizabeth Moore on the cost of winning a “free house” • Ralph Ellison writes home about his life in Harlem • Muriel Barbery recommends letting form guide your story • “I cried all those years not because I ached for motherhood but because I feared regret” • How Theodore Roosevelt, Woodrow Wilson, and Jane Addams helped launch the Progressive party • What does “change” mean in 2021? • Why it matters that Van Gogh was a lifelong reader • Corey Sobel makes a case for football as the most literary of American sports • Peter Ho Davies’s advice for embracing revision • Katharine Blake tries to pin down the nebulous concept of heartbreak • How two dictionaries helped Jan Beatty write her adoption memoir • Yrsa Daley-Ward contemplates how nature helps us heal • Meet the women who formed a (national football) league of their own • Jackie Morris on stealing time to make art • Jo Wimpenny on the consequences of Aesop’s animal depictions • Rax King on learning about sex from Samantha Jones • Lessons learned while cataloguing a library of 19th-century schoolbooks • Reading the letters of abstract expressionist Alice Trumbull Mason • When Catherine Dior and other survivors returned from Ravensbrück • On the explosive rise of literacy in Tudor England • Anjanette Delgado’s definition of “home” • What happens if you get sucked into a black hole? • Karen Lloyd considers the human need to swim • How did America become a country of tipping and subminimum pay? • How cheap postal rates for books contributed to American democracy

Lean Your Loneliness Slowly Against Mine 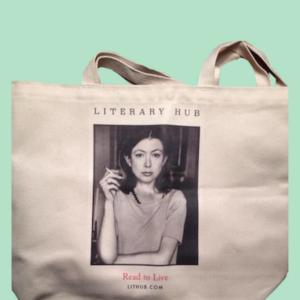 I've recently been enjoying season two of the HBO Max series Love Life. I enjoyed season one because it felt like a combination...
© LitHub
Back to top