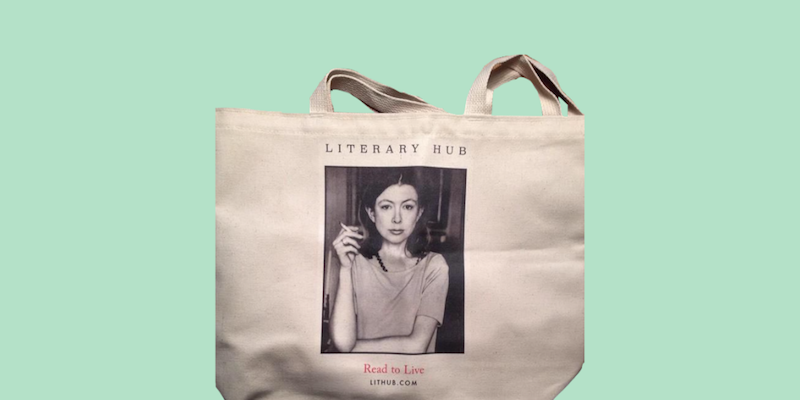 I’ve recently been enjoying season two of the HBO Max series Love Life. I enjoyed season one because it felt like a combination of an extended rom-com and listening to someone talk about their first dates, two genres I enjoy. Season two is even better, because it stars William Jackson Harper (extremely hot) as a book editor (relevant to my professional interests!).

In the last episode I watched, Harper’s character Marcus goes to a Paris Review dinner in honor of Nikki Giovanni, who cameos as herself. This is delightful! However. Like Younger before it, Love Life seems determined not to include Literary Hub in its fictionalized version of New York book publishing. I understand: the Paris Review has both a cultural legacy and the CIA’s stamp of approval. Still, I have some ideas for how television shows about the publishing industry might include Lit Hub, going forward.

• An episode where a character sees an attractive stranger with a Joan Didion tote and must track down the stranger using the power of the literary internet.

• An episode where an editor’s writer is upset because they weren’t included on a Literary Hub Most Anticipated list and the editor must reassure the writer that their book is still very good and that actually Literary Hub’s staff is small and sometimes they just miss a good book. (B Plot.)

• An episode where a character writes a viral essay about books that absolutely no one disagrees with somehow and it is a moment of triumph for the character and as a result they are offered a book deal and a tenured professorship (and the viral essay is published on Literary Hub dot com).

• An episode where someone makes passing reference to having read about something in the Lit Hub Daily and all the other characters are like, oh, I also saw that!

• An episode where Literary Hub and the Paris Review fight.