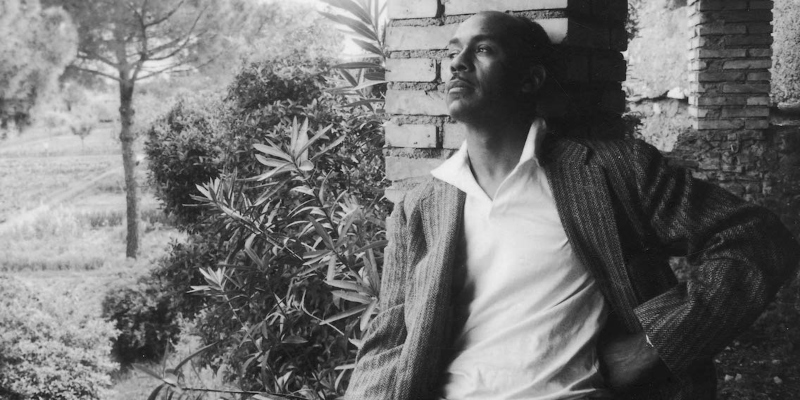 In a Letter to His Mother, the Author of Invisible Man Describes His Life in Harlem

In 1913, acclaimed novelist Ralph Ellison was born in Oklahoma City to Ida Millsap and Lewis Ellison, the latter of whom sadly died when Ellison was just three. In 1936, despite not having completed his music studies at Tuskegee University in Alabama and fully intending to return, Ellison headed for New York City to find work. He didn’t make it back to Alabama. Instead, he was befriended by heavyweights from the Harlem Renaissance such as Alain Locke, Richard Wright and Langston Hughes. He also began to write fiction, including his opus Invisible Man, in which the African American narrator moves to New York from the Deep South to find Harlem on the verge of unrest. It was in 1937, a year after reaching Harlem, that Ellison wrote home to his dear mother and described the injustice and poverty on his doorstep.

I haven’t written because there really hasn’t been anything new to write about. I am still living with Lang’s aunt, but since her fall season has started I fear I’ll have to find another place to stay. She is a very busy dressmaker, and people come in at all hours making my presence somewhat an inconvenience. They thought I would have had the job on the boat long before now, so I can’t impose on them much longer.

I am very disgusted with things as they are and the whole system in which we live. This system which offers a poor person practically nothing but work for a low wage from birth to death; and thousands of us are hungry half of our lives. I find myself wishing that the whole thing would explode so the world could start again from scratch. Now one must have an education in order to get most any job, yet they don’t give us opportunities to go to school. Look at your own life. You’ve lived these years since Dad died toiling from morning to night . . .

You’ve seen Herbert and myself grow up, and neither of us has a job. All those years and all that work, and not even a job to bring a dollar a week.

The people in Spain are fighting right now because of just this kind of thing, the people of Russia got tired of seeing the rich have everything and the poor nothing and now they are building a new system. I wish we could live there . . . You should see New York with its million of unemployed, the people who sleep in the parks and in doorways.

It makes me very angry to think of the causes behind all the misery in the world, and the way it’s all concentrated here in Harlem. I hope something happens to change it all.

The rich old women strolling down Fifth Avenue carrying their dogs which are better cared for than most human beings. Big cars and money to burn and right now I couldn’t buy a hot dog. I’m sick thinking of the whole mess and I hope something happens to change it all . . .

The kids are now flying kites but they haven’t started playing marbles. Those who can afford them are still wearing summer clothing and there is some talk and much talk of hope of buying new overcoats. Over the tops of flats and buildings you can see the kites sailing, and dipping, and rising like gulls riding the wind over a blue gulf, and you can hear the cries of the boys floating down, floating down to the street, like when you were around Look Out Mountain and you heard people climbing above you. On the streets are picket lines of people fighting for higher wages and shorter hours, and when you walk down some of the streets you wonder how some of the people are able to eat. If you walk down Eighth Avenue you can see the curb markets and fruit stores and seafood joints and if you come by around mealtime when the poor people are eating you can smell the fish frying and the hog maws and home fries. On the stands you see plenty of tropical fruit: mangoes, guavas and plantains, melons and yams. And on the corners you can buy bananas and fresh fish from vendors of pushcarts. All the fruit and fruit smells and fruit colors become all mixed with smells of washed and unwashed bodies and perfume and hair grease and liquor and the bright and drab colors of dresses and overalls, and that which the dogs leave on the sidewalk. I like to walk on such streets. Life on them is right out in the open and they make no pretence of being what they are not. The whore, the pimp, the ditch digger, the likker head, and the down-and-outer are all here trying to get along. It makes me very angry to think of the causes behind all the misery in the world, and the way it’s all concentrated here in Harlem. I hope something happens to change it all.

Please let me hear from you soon, and you must remember not to worry about me. Tell me how your hip is doing and if you are able to walk.

Tonight’s the night of the fight between Joe [Louis] and [Tommy] Farr. Already you can see the excitement rising and the police gathering. Just now a regiment of patrol passed all in blue and yellow trimmed uniforms and you can hear the horses’ feet going cloppity clop, cloppity clop on the asphalt sounding all out of place amid the smacking whirr, smack, smack whirr of the rubber tires. Tonight there will be hundreds of cops in Harlem and much shouting of excited Negroes and most of the whites will stay out if Joe loses, and if he wins, they’ll come up to see the fun. I’ll write later. So until next time— 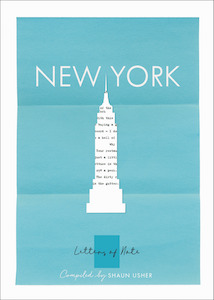 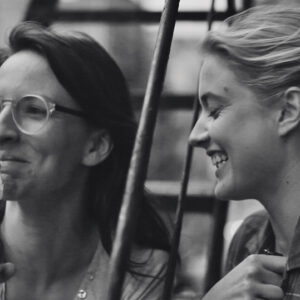 “I know the city so well, and I’ve spent most of my life here,” Noah Baumbach explained, while promoting the release...
© LitHub
Back to top
Loading Comments...