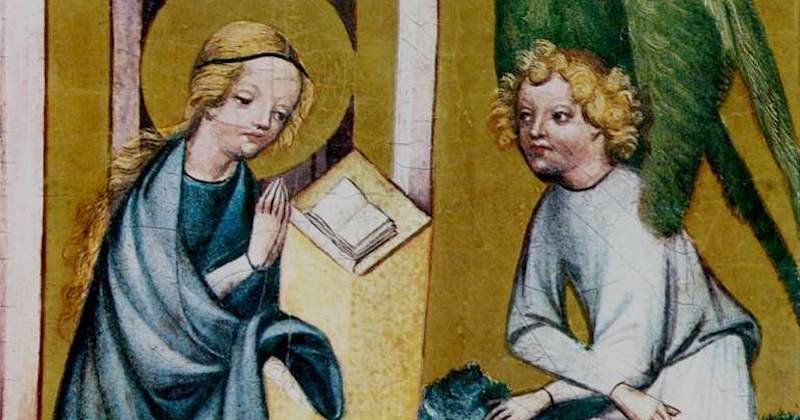 The Lives of Dangerous Books: On the Explosive Rise of Literacy in Tudor England

Amy Licence Looks at the History of the Printing Industry

One of the greatest visual developments of the Tudor world was the explosion in the printing industry. The first press had been developed by Johannes Gutenberg in Germany as early as the 1430s, although it was not until 20 years later that he produced his first version of the Bible. New presses were set up across Europe, arriving in the Westminster workshop of William Caxton in 1477, Oxford in 1478 and St. Albans in 1479. By 1500, it was estimated that 1,000 establishments existed worldwide that were able to produce printed matter of some form, either as full-length books or as simpler pamphlets.

By the advent of the Tudors, Caxton was already an expert translator and printer, having produced his own versions of Aesop, Chaucer, Gower and Lydgate, The Golden Legend, John Mirk’s Festival and Nicholas Love’s Speculum Vitae Christi. From 1485 until his death in 1492, he produced more poetry, romances like Blanchardin and Eglantine, and spiritual works such as The Craft for to Die Well and The Book of Divers Ghostly Matters.

The earliest books, published before 1501 and known as incunabula, were finished by hand, with color plates, marginal illustrations and capital letters. In addition, the books of Caxton, Richard Pynson and Wynkyn de Worde effected a standardization of the English language, with greater consistency of spelling in comparison to what had previously been an aural, and therefore highly varied, tradition. It has been estimated that Caxton provided the first known usages of around 1,300 English words.

The Reformation also contributed to the rise of literacy. Church murals were replaced by texts; the translation of the Bible into English and the proliferation of psalters and homilies replacing the old visual books of hours encouraged a greater personal connection with the written word. Literacy was embraced by the Church as a means of fighting heresy. It also enabled heretics to read and imbibe the messages of forbidden texts.

In 1535, the English reformer and printer, William Marshall, produced The Defence of Peace, his translation of a 14th-century anti-papal text. Marshall was also a confidential agent of Cromwell, who allowed the book’s publication, in spite of its controversial and unpopular advocacy of the burning of religious images, such as was soon to take place at Cromwell’s home in Chelsea.

Thomas Broke wrote to inform the minister of the public response, as “the people greatly murmur at it.” Imperial ambassador Chapuys reported this to the emperor as an indication of the direction Henry VIII intended to take the English Church:

There is a report that the King intends the religious of all orders to be free to leave their habits and marry, and that if they will stay in their houses they must live in poverty. He intends to take the rest of the revenue, and will do stranger things still.

Shortly afterwards, Lord Chancellor Audley judged that the text went too far and wrote to Cromwell:

In the parts where he has been there has been some discord and diversity of opinion touching worshipping of saints and images, creeping at cross, and such ceremonies, which discord it were well to put to silence. This book will make much business if it should go forth. Intends to send for the printer to stop them. It were good that preachers and people abstained from opinions of such things until the King has put a final order by the report of those appointed for searching and ordering the laws of the Church. A proclamation to abstain until that time would do much good.

Audley’s warnings came too late, as by that October 24th copies had been distributed among the monks of the Charterhouse, although these had been returned after three days. Jasper Fyloll complained of finding “three or four foreign printed books of as foul heresies and errors as may be.”

During the visitation to the monasteries, other dangerous books were sought out. John Horwood reported the discovery of a book by Alverius, “which some think smells of the Popish pannier.” In December that year, books of sermons by John Fisher, Bishop of Rochester, who had been executed that summer for refusing to swear the Oath of Succession, were recalled by the chancellor, along with “other books containing error or slander to the King or to the diminution of his Imperial Crown, or repugnant to the Statutes of the Succession or for the abolition of the usurped power of the bishop of Rome.”

Those who printed seditious material took their liberty, and their businesses, into their own hands.

Those who printed seditious material took their liberty, and their businesses, into their own hands. In June 1574, William Cecil and Robert Dudley, Lords Burghley and Leicester contacted Sir William Fleetwood, the recorder of London, to act against a Mr. Bradborn. Fleetwood was required to go to Southwark “very early in the morning” and apprehend Bradborn, “dwelling near the sign of the Red Leg, a hat maker, and search his house for printing presses, letters” and anything else “belonging to printing.” Fleetwood was also to seize all books and writings relating to religious matters and keep Bradborn “a close prisoner till the Queen’s further orders.” However, upon executing his orders, Fleetwood found that no man named Bradborn existed there, and wondered if it had been an alias:

Between one and two o’clock in the morning, went to Southwark, and in Barmsey Street found the sign of the Red Leg, not far from the Bridge House. Being there with the Bridge master, perused the Beadle’s book of all that part of Southwark, and found no such man there abiding, neither master nor servant. Made secret inquiry of the householders’ names, their menservants and guests. Could not find any such name as Bradborn, nor any likely to be suspected of his conduct. Travailed in the search from two till five without letting any know the cause. Men thought it was Scotch spies. Has left orders with Battes, the bridgemaster.

Elizabeth had to issue a declaration in 1576 against a pamphlet printed in Milan entitled Novo Aviso, which charged her with ingratitude towards Philip of Spain, and with an intended plot against his life.

Seditious books continued to be a problem throughout the 16th century. In 1579, a book entitled A Discovery of the Gaping Gulf was printed, which “very contemptuously intermeddled in matters of estate touching her Majesty’s person” and her friendship with the Duke of Anjou, “the intention evidently being to cause a suspicion of her Majesty’s actions, as tending to the prejudice of the realm and the subversion of the estate of true religion.” A proclamation from the queen was published and all civic dignitaries called to assemble in their halls to hear it read and collect all copies to be destroyed.

Mayors and aldermen continued their vigilance and, in April 1580, John Fagge, mayor of Rye, searched a boat from Dieppe on which “certain little books called the Jesus Psalter to the number of two dozen” were found and removed to safe custody. Two years later, another ship was intercepted, “full of Popish and superstitious books” hidden in a barrel of worsted yarn, and the miscreants were apprehended and questioned.

Books might contain other dangerous practices. Thomas, abbot of Abingdon, reported the arrest of a priest, “a suspect person with a book of conjurations for finding hidden treasures, consecrating rings with stones in them and for consecrating a crystal in which a child may see things.” They also contained disturbing images, including a sword crossed over a sceptre.

Books and pamphlets could be aimed at specific patrons. Thomas Nicholas wrote to William Cecil from the Marshalsea Prison in November 1582 and entrusted the letter to a printer, who had recently produced Nicholas’ treatise, Caesar and Pompeius. Nicholas had penned another tract while he was incarcerated about the prison experience, entitled Monastical Life in the Abbey of Marshalsea. Trying to please Cecil, at a time when the queen was increasingly under threat from Catholic plots, he claimed the pamphlet would “terrify all the Papists in England.” Nicholas concluded by asking for the question of his imprisonment to be examined, as it was a “great wrong.” 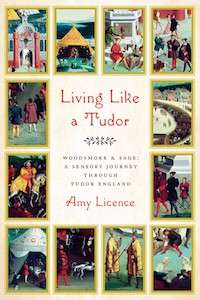 Excerpted from Living Like a Tudor: Woodsmoke and Sage: A Sensory Journey Through Tudor England by Amy Licence (Pegasus Books).

Amy Licence is a bestselling historian of women's lives in the medieval and early modern period, from Queens to commoners. She is the author of Red Roses and The Lost Kings. 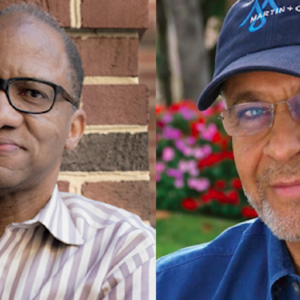 Journalist and acclaimed author of The Butler and Showdown Wil Haygood joins Michael Schultz to present Colorization, his kaleidoscopic,...
© LitHub
Back to top
Loading Comments...