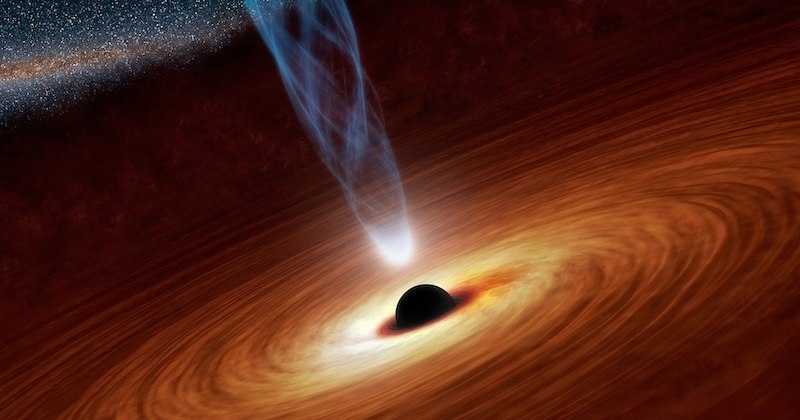 What Happens If You Get Sucked Into a Black Hole?

By Jorge Cham and Daniel Whiteson

A lot of people seem to have this question.

It’s a common conundrum that gets covered in many science books, and it’s a question that our listeners and readers often ask us. But why is that? Are there black holes popping up everywhere in backyards across America? Are there people out there who are planning to have a picnic near one and are worried about letting their kids run around it unsupervised?

Probably not. More likely, the fascination with falling into a black hole has less to do with the chances of it actually happening, and more to do with our basic curiosity about these intriguing space objects. And we get it: black holes are mysterious. They are weird regions of space out of which nothing can escape—voids in the fabric of space-time itself that are completely disconnected from the rest of reality.

But what would it be like to fall into one? Would you necessarily die? Would it feel different from falling into a regular hole? Would you discover deep secrets of the universe inside, or see time and space unfold before your very eyes? Would your eyes (or your brain) even work inside of a black hole?

There’s only one way to find out, and that is to jump in. So grab your picnic blanket, say good-bye to your kids (maybe forever), and hang on, because we are about to take a dive into the ultimate backyard hazard.

The first thing you might notice as you approach a black hole is that black holes do indeed look like… black holes. They are definitely black: black holes give off absolutely no light, and any light that hits them gets trapped inside. So when you look at one, your eyes don’t see any photons, and your brain interprets that as black.

They are also definitely holes. You can think of them as spheres of space where anything that goes into them stays there forever. What keeps things inside is the gravity of the things already in them: mass is compacted so densely in a black hole that the effects of gravity are enormous. Why? Because gravity gets stronger the closer you are to something with mass, and having mass compacted means you can get really close to it.

Typically, things with a lot of mass are fairly spread out. Take, for example, the Earth. The Earth has about as much mass as a black hole that’s half an inch wide (about the size of a marble). If you were to stand a distance of one Earth radius away from the center of Earth and one Earth radius from a marble-size black hole, you’d feel the same amount of gravity.

But as you get closer to each object, two very different things would happen. As you get close to the center of Earth, you will actually start to feel no gravity. That’s because Earth is now all around you, so you’re being pulled equally in all directions. But as you get close to the small black hole, you’d feel an enormous amount of gravity. You’d feel the entire mass of Earth, all of it really close to you. That’s what a black hole is: it’s super-compacted mass, which makes it extremely powerful to the things immediately around it.

A really compacted mass creates extreme gravity around itself, and at some distance, space gets so distorted (remember that gravity doesn’t just pull on things; it distorts space) that not even light can escape. The point at which light can no longer escape is called the “event horizon,” and it (more or less) defines where the black hole starts. It’s the radius of the black sphere we call a black hole.

The size of a black hole can change, depending on how much mass you squeeze inside. If you compress Earth enough, you’ll get a black hole the size of a marble because, at a distance of about a centimeter, light can no longer escape. But if you add more mass, that distance is larger. For example, if you compress the sun, the distortion of space is higher and the event horizon happens farther out, at three kilometers, giving you a black hole six kilometers wide. The more mass, the bigger the black hole.

This stuff is called the “accretion disk.” It’s made of gas, dust, and other matter that didn’t get sucked straight into the black hole but is instead circling in orbit, waiting for its turn to spiral in. With a small black hole it may not be very impressive, but with a supermassive black hole it can be a sight to behold. The sheer friction of all that gas and dust whipping around at ultrahigh speeds can be so intense that the matter gets ripped apart. This emits a lot of energy, creating some of the most powerful sources of light in the universe. These quasi-stars, or quasars, can sometimes be thousands of times brighter than all the stars in a single galaxy combined.

Fortunately, not all black holes, even supermassive ones, form quasars (or blazars for that matter, which are like quasars on steroids). Most of the time, the accretion disk doesn’t have the right amount of stuff or the right conditions to create such a dramatic scene. This is a good thing because being close to a quasar would probably vaporize you instantly, way before you even get a glimpse of the black hole. Hopefully, the black hole that you picked to fall into has a nice, relatively calm accretion disk around it, and you actually have a chance at getting near it.

After you’ve confirmed that the black hole you’re falling into doesn’t have a swirling toilet bowl of burning gas and dust spraying more energy than billions of stars combined, the next thing you might want to worry about is death by gravity itself.

Usually when you hear the words “death by gravity,” you think of falling to your death from something high, like a building or an airplane. But in those cases gravity isn’t the one to blame. It’s the landing that kills you, not the falling. In space near a black hole, however, it actually is the falling that can kill you.

You see, gravity doesn’t just pull on you; it also tries to tear you apart. Remember that gravity depends on the distance to the object that has mass. When you stand here on Earth, your feet are closer to Earth than your head, which means your feet feel a stronger gravitational pull than your head. If you were to pull on one end of a rubber band harder than you are pulling the other end, the rubber band would stretch, even if you’re pulling both ends in the same direction. That’s what’s happening to you right now: the parts of you closer to the ground feel more gravity and Earth is trying to stretch you like a rubber band.

But if the gravity overall was much stronger, then you might be in trouble. If you were in free fall moving toward a really massive object, then the gravity might be strong enough for you to feel the difference in pull between your head and your feet. It’s kind of like a playground slide: the taller the slide, the steeper it is on the way down. At some point, the difference in gravity between both ends of you might be enough to actually tear you apart.

What this means is that for small black holes, the spaghettification point is bigger than the event horizon, which means it sits outside the edge of the black hole. But for large black holes, the spaghettification point is smaller and sits inside the black hole. For example, a black hole with the mass of a million suns has a radius of 3,000,000 kilometers, but its gravity won’t pull you apart until you are deep inside, 24,000 kilometers from its center. On the other hand, a small black hole with a radius of 30 kilometers would pull you apart at a distance of 440 kilometers, way before you get to its edge.

It might be strange to think that smaller black holes are actually more dangerous to approach than bigger black holes, but that’s just how the math of black holes works out. Bigger black holes cover such an enormous area that they don’t need to be that powerful at their edges to suck things in and keep them inside. 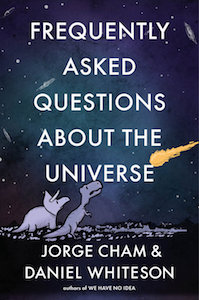 Excerpted from Frequently Asked Questions About the Universe. Used with the permission of the publisher, Riverhead Books, an imprint of Penguin Random House LLC. Copyright © 2021 by Jorge Cham and Daniel Whiteson.

JORGE CHAM is the cartoonist behind the popular online comic “Piled Higher and Deeper” (a.k.a. PHD Comics). He holds a PhD in robotics from Stanford University and is a former instructor and research associate at Caltech.
DANIEL WHITESON is a Professor of Physics and Astronomy at the University of California, Irvine, and a fellow of the American Physical Society.
Together they are the co-authors of We Have No Idea, co-hosts of the podcast Daniel and Jorge Explain the Universe, and creators of the animated PBS series Elinor Wonders Why. 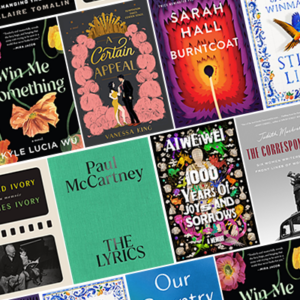