Christopher W. Shaw on the Importance of Affordable Mail

In the late 19th century, books served alongside newspapers and pamphlets as vehicles of the Populist movement’s ideas. In the 1870s, a wave of cheap paperback books packaged as periodicals began moving through the US Mail. These publications technically should not have qualified for the second-class postage rate reserved for newspapers and magazines, but enough members of Congress were convinced of the educational value of paperbacks that they continued to travel through the postal system at the lower rate.

In 1894, one congressman dismissed concerns about the contribution of paperback books to the postal deficit. “I care not if it does cost the Government a few dollars more than it brings in,” he conceded, “provided it spreads good literature throughout the country.” But this unsanctioned arrangement raised questions about low-cost second-class mail generally, so newspaper and magazine publishers backed members of Congress and postal officials who condemned deficits, resulting in unwanted attention that brought an end to the practice in 1901.

Books subsequently would be admitted to the US Mail under a special rate class as part of the longstanding policy of employing the Post Office to support objectives such as education that serve the public interest. The American Library Association argued for decades that library materials deserved the same government support accorded newspapers and magazines. In 1886, the organization made an unsuccessful bid to include library books in the second-class rate category. A breakthrough occurred in 1924 when civic groups representing a wide range of Americans who stood to benefit from greater access to library books testified before Congress in support of the idea. The American Federation of Labor, National Grange, and General Federation of Women’s Clubs were among the organizations that urged a low library postage rate. The Post Office Department backed the idea in 1928, which smoothed legislative action. This reform granted public libraries the ability to send and receive books at a reduced rate within their state or a range of 300 miles.

While public libraries were waging their postal campaign, book publishers pursued a separate rate category for books in general. Their efforts received an unexpected boost due to an overlooked provision in a 1933 revenue law that authorized the president to modify postage rates temporarily. Although the reason for this provision is unclear, in 1938 book publishers recognized its potential for aiding their cause and assembled a coalition of supporters that included such organizations as the American Library Association, American Association for Adult Education, American Association of University Professors, Association of American Colleges, Carnegie Corporation, National Association for the Advancement of Colored People (NAACP), and National Catholic Education Association.

In addition, a personal friend of President Franklin D. Roosevelt made the case for a special book rate to him directly. Roosevelt was easily convinced that such a rate would serve “the interests of the public, in the promotion of the cultural growth, education, and development of the American people.” He created a new rate class for books through presidential proclamation that very year. But Roosevelt’s order was temporary, so the coalition lobbied Congress for a law. With book rate already in operation, legislation creating a permanent book rate was enacted in 1942 with little opposition.

Many of the nation’s largest civic organizations owe their very existence to the nonprofit postage rate.

Libraries and books remain entitled to favorable postage rates today. In 1953, films were added to the items that could be sent using book rate and library mail. In addition to books and films, at the present time the articles that qualify for book rate—which is currently called media mail—include sheet music, sound and video recordings, manuscripts, educational charts, and binders containing medical information.

In 1958, the distance limitation that originally applied to library mail was removed. The institutions permitted to use library mail were expanded to include museums and herbariums nine years later. Articles that can be sent via library mail include not only items that qualify for book rate, but also academic theses, periodicals, scientific kits, specimens, and additional materials that further education.

Postal developments generally follow the broader trends of American society, both progressive and reactionary. During World War I, a spasm of fear gripped the nation, prompting passage of the Espionage Act of 1917, which empowered the postmaster general to censor mail deemed detrimental to the war effort. Senator Robert M. La Follette, Sr., (R-Wisc.) protested that the law would “suppress publication through arbitrary denial of mailing rights.”

With the support of President Woodrow Wilson and much of the American public, Postmaster General Albert S. Burleson followed exactly the course that La Follette opposed. But this new task was not one the unprepared Post Office Department was equipped to carry out in the thoroughgoing manner that supporters of the idea demanded. Still, a southern magazine that attacked conscription, socialist newspapers, journals critical of British rule in Ireland, foreign language periodicals, and additional publications ceased operations.

In 1919, congressional hysteria produced bills prohibiting the postal system from transmitting German language items, and—in an attempt to prevent labor strikes—another bill proposed making it unlawful to interfere with the mining of coal used to fuel railroads that transported mail. None of these or other similar bills were acted upon, but they reflected the fearful response to the war and the Russian Revolution that would produce the First Red Scare following the armistice.

Yet World War I was also the moment when the Post Office Department implemented a policy that promoted democracy and civic life. In 1917, Congress established a special postage classification for the publications of “religious, educational, scientific, philanthropic, agricultural, labor, or fraternal organizations.” Congress previously had granted nonprofit organizations the right to send their publications as second-class mail. Proponents of this reform argued that these publications were of “public character,” and were “issued and disseminated not for the purpose of making a pecuniary profit but for the dissemination of information.”

In 1949, the question received further congressional consideration when nonprofit organizations protested that a rate increase would require them to budget additional funds for postage, leaving less for their public service work. “We are financed almost exclusively through the annual Easter Seal appeal,” a spokesman for the National Society for Crippled Children and Adults explained. In 1950, the March of Dimes asked Congress to “exempt the philanthropic organizations” from a proposed rate hike. In recognition of the social contributions of nonprofits, Congress created a special postage rate for their mass mailings the following year.

The social movements of the post-World War II era made extensive use of nonprofit postage rates to recruit members and raise funds. The leading organizations of the southern civil rights movement depended on the postal system for financial support. The Southern Christian Leadership Conference, Committee of Racial Equality (CORE), and Student Non-violent Coordinating Committee all relied on donations sent in response to direct mail appeals. “Direct mail was CORE’s lifeline,” movement leader James L. Farmer Jr. affirmed. In the late 1930s, the National Wildlife Federation (NWF) successfully used the postal system to raise funds for its conservation work, a harbinger of events during the 1960s and 1970s, when ever-increasing numbers of Americans mailed in the checks that fueled the rapid growth of the environmental movement.

The US Mail helped the Wilderness Society maintain contact with its growing membership, who sent donations and in return received a steady stream of newsletters, alerts, and additional fundraising requests. Membership in the Audubon Society, NWF, and Wilderness Society doubled over the course of the 1960s. Meanwhile, the Sierra Club’s membership increased more than fivefold. In the 1970s, the San Francisco office of Greenpeace established a highly successful direct mail program that helped drive the organization’s rise to prominence.

Many of the nation’s largest civic organizations owe their very existence to the nonprofit postage rate. Consumer movement leader Colston E. Warne of the Consumers Union, publisher of Consumer Reports, stated, “In the early days, the greatest source of our revenue was direct mail. Direct mail sales were a central element in our survival.”

When civic leader John W. Gardner founded Common Cause in 1970, nonprofit postage helped him mail out millions of letters to potential members. In less than six months, 100,000 Americans had joined the fledgling organization. Consumer advocate Ralph Nader founded Public Citizen one year later. Nonprofit postage rates significantly aided the new organization’s growth, helping amass donations from 62,000 people in just two months. Organizations spanning the political spectrum from the Democratic Socialists of America to—ironically enough—the Heritage Foundation made use of the postal system in a similar manner. Peter Bahouth and Andre Carothers of Greenpeace once called mail “a lifeline for the growth and preservation of the nation’s ailing tradition of citizen involvement in public issues.”

There have been a number of changes in nonprofit postage rates over the years, but the principle of reduced postage has remained the same due to recognition of the positive benefits these organizations and their publications provide to American democracy and society. In 2004, Lester C. Hess Jr., past national president of the Benevolent and Protective Order of Elks, observed, “Non-profit organizations are woven into the very fabric of American life.” Americans rely on nonprofit organizations to provide social services, promote education, and support the arts. And, Hess testified, “to a large extent [nonprofits] depend upon the US Mail . . . for their existence.” 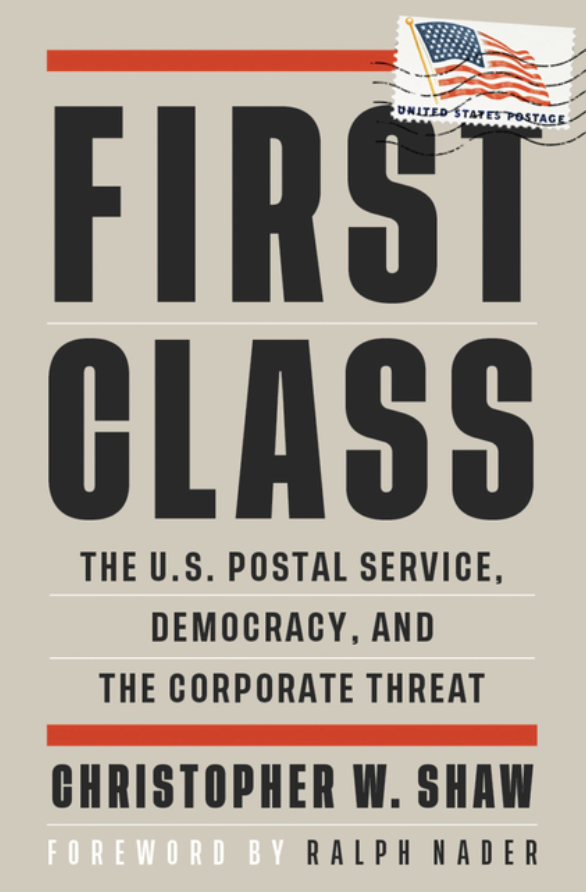 Christopher W. Shaw is an author, historian, and policy analyst. He has a Ph.D. in History from the University of California, Berkeley, and is the author of Money, Power, and the People: The American Struggle to Make Banking Democratic (University of Chicago Press, 2019) and Preserving the People's Post Office (Essential Books, 2006). He has appeared in such media outlets as the Associated Press, National Public Radio, Washington Post, Christian Science Monitor, New York Post, Village Voice, Philadelphia Inquirer, and Buffalo News, among others. Shaw lives in Berkeley, CA. 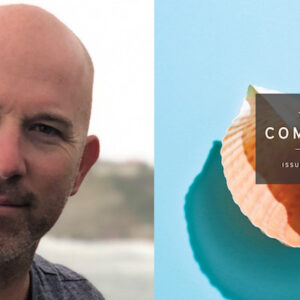 Julian Zabalbeascoa speaks to managing editor Emily Everett about his story “Igerilara,” which appears in The Common’s...
© LitHub
Back to top
Loading Comments...