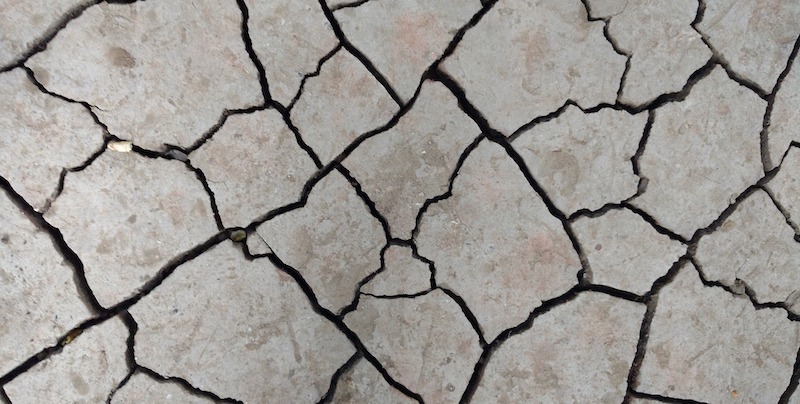 The newest issue of Freeman’s, a biannual edited by Knopf executive editor John Freeman, gathers together a collection of new writing around the theme of change. To commemorate its launch, Freeman asked three contributors to reflect on the question of what change arrests them today.

Lina Mounzer: Hard to describe the change of moving from disaster-shredded Beirut to my new (temporary) dwelling place in one of the seven perfect, wood-paneled cabins at the Jan Michalski Foundation in Switzerland; hard to apply a mere word like change to such a heaven-and-earth, topsy-turvy, parallel realities, alternate dimensions shift that nevertheless required nothing more otherworldly than a plane ride to attain. Outside my window a green, green valley where cows graze, above which red-tailed hawks float on the updrafts, with the Alps—so immense I at first mistook their peaks for vast cloud formations—in the distance. I’ve dropped the phrase to so many people at this point: “the Alps outside my window.” It’s like finally meeting a celebrity you’ve heard about for ages and then suddenly this imperious, ageless, glacial beauty is your friend. Of course for the first while you’ll start every sentence you possibly can with, “My friend Cate Blanchett.”

But I digress in order to avoid the most painful discovery I’ve made since arriving: all along, this place had been here, this glut of calm and peace unchanging daily while our bank accounts were collectively robbed, our currency collapsed, our pharmacies depleted, our protesters shot at, our lights went out, our city exploded. I turn on the taps here to fill my water glass and back home my neighbors’ supply slows to a trickle and then stops. I switch on every light in my cabin and off goes an entire neighborhood in Beirut. I go for a hike through the clean, bright, bracing air, trailed by the music of cowbells and an old man doubles over choking on clouds of burning garbage, and everywhere the deafening blare of car horns as people queue for gas. The worst thing is how quickly I’m getting used to these luxuries; how little I remember what it was like—not even two weeks ago!—to think them unimaginable; how idly I think about these parallel realities, so superimposed there might well be a direct line of causation between my comfort, my peace, my ease here and my country’s ongoing disaster. This is no one person’s fault, but it’s also the fault of absolutely everything, the entire mechanism of the way we’ve built our world. And somehow, from my vantage point here among the meadows and wildflowers, changing that seems even more impossible than it did there, at the urgent, fast-beating heart of the cataclysm.

Rick Bass: It’s hard to put into words, but I’ve been blown away by the enormity and intensity of responses from people, strangers, who hear about efforts to protect a grove of ancient trees on the Montana-Canada border, in the proposed Black Ram mega timber project. It’s a primary forest, which means it has never been logged or had roads built-in. It’s home to 600 to 800 year old large trees, the rarest form of old growth in the west, and in many ways the most mysterious and primitive of trees. Possessing alpine swamps in wetlands, the forest is the single best storage process for carbon known to us in the region, and at no expense to us. Why is the forest service planning to erase this and turn it into an arid moonscape, up on the US headwaters of the Yaak River?

It’s the trees that seem to be getting people’s attention. Certainly, there is a preponderance of mother trees in there; possibly every big tree in there. Possibly tens of thousands of mother trees. Somehow, when people hear about this project, they get it instantly they understand even from thousands of miles away. How can that be? I think of the thousand mile song of humpback whales beneath the sea.

Zahia Rahmani: In 1941, the French writer Nathalie Sarraute was disbarred. She was married, with three children. Claude born in 1927, Anne born in 1930, and Dominique born in 1933. She had to stitch a yellow star onto her clothes.

Raymond Sarraute, her husband, was a lawyer, like her. He worked in Paris. The Vichy regime put in place laws that made her a person, in France, without rights. And Raymond Sarraute, in order to continue working, had to break with this woman. For them, for her, for their daughters, out of love, in order to live, in name only, they divorced. By ’42, she was with her children in the countryside.

I read that one Saturday morning, a friend came and said, “You have to leave. You were denounced.” Right then, she left. Nathalie Sarraute left her refuge. After fleeing Janvry, she would no longer be Nathalie Sarraute. It was too risky, she had to disappear. She had to find somewhere nearby to shelter, so she disappeared into the forests. She knew the paths. She knew how to get there. Sarraute knew all of the possible routes. Resistance meant, for her, learning all of these things. The countryside would mark her with this experience.

It was said that she fled. I’ve never read, “She fled over the fields.” I doubt that happened. She was in a house just next to the woods.

She skirted the village of Janvry. With her children, she quickly found a forest path. From there, she walked all day long, sometimes along the fields. Her two daughters were nine and twelve years old. When they got to Ullis, or to Orsay, they were able to mix into the crowds, find the train station, and, finally, return to Paris.

Raymond Sarraute returned to the house, perhaps to accompany them. He entered the house. His wife wasn’t there. What happened then? Sarraute gave up hope. The militia was already there. It was Monday, we are told.

Nathalie Sarraute was facing certain death. The death of her children. Her death, as well. A mother leading her daughters, small girls, through the woods. Out of sight of all men! All of Sarraute’s formalism can be read through the prism of this flight. Even in Tropisme, this flight is already apparent. War limited her freedom. Antisemitism struck her to her core. What did loyalty mean then?

It must have been incredibly taxing to get back to Paris. The city that at any moment might cease to exist. Each time I want to think about her journey, her trek to get there. In that city. And her home. I can’t manage it.

You could be seized and taken away at any moment.

In Toulouse, on March 19, 2012, at eight in the morning, Mohammed Mérah entered the courtyard of the Otzar Hatorah Jewish school. He shot Jonathan Sandler and his son Gabriel. Myriam, the daughter of the school principal, heard the shots. She began to run away, but she wanted to go back and get her folder. Her folder, which she had left behind. She went back. Only two seconds later. Mérah shot her. Then he grabbed Arié. He took his head and put its muzzle to his temple.

These two brothers, Gabriel and Arié, were buried in Israel.

In France, after these crimes, what I have to say is no longer capable of being heard. (Translated by Matt Reeck)

20 new books to cozy up to this week. 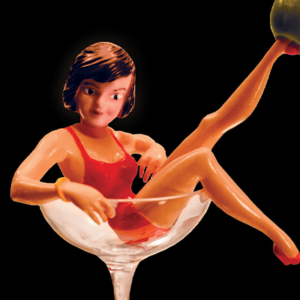 20 new books to cozy up to this week.

We're just accepting the fact that the TBR pile is an ever-growing beast, and that we're never going to catch up, right?...
© LitHub
Back to top
Loading Comments...