Lean Your Loneliness Slowly Against Mine 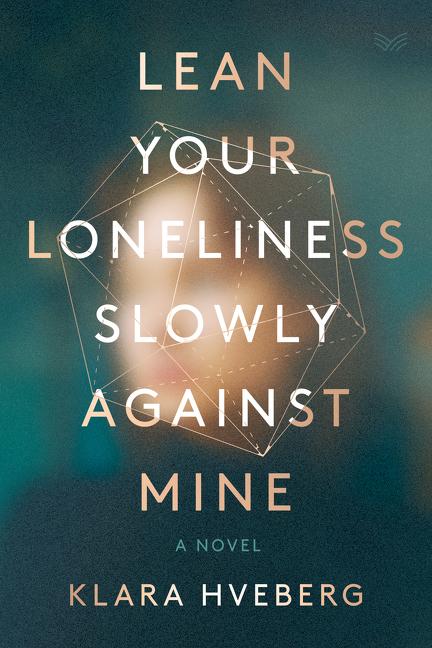 The following is excerpted from Klara Hveberg's novel, Lean Your Loneliness Slowly Against Mine, translated by Alison McCullough. Lean Your Loneliness tells a story that combines fractal mathematics and classical music to explore the complex patterns of love and the border between passion and loneliness. Hveberg grew up in Norway and has obtained a PhD in mathematics. This is her debut novel.

Once, long ago, when she was in lower secondary school, Pappa took her along to a presentation about fractals—a kind of geometric object more complex than circles, triangles, and rectangles. They’re similar to shapes that can be found in nature, like fern leaves, trees, and snow crystals. Fractals are made up of smaller copies of themselves, so if you enlarge a small piece of a fractal under a microscope, the piece will look similar to the entire fractal. It’s as if each and every tiny part carries a copy of the whole fractal within it. Fractals are also full of holes of varying sizes, and this means that they can have a dimension that isn’t an integer.

Fractal: a kind of geometric object more complex than circles, triangles, and rectangles.

Although she didn’t understand much of the mathematics back then, she was fascinated by a figure known as the Mandelbrot set. It looked a little boring at first—like a lumpy man with a head that was far too small and a body that was far too big. The lecturer explained that the set was named after the man who had introduced the term fractal, Benoit B. Mandelbrot, and that spiteful tongues had said that the set actually rather looked like the man himself: Mandelbrot—the “gingerbread man.”

But at the end of the presentation they were shown a film that zoomed in on details of the Mandelbrot set, as if the audience was being taken on an endless journey into it. And that was when the miracle revealed itself. It turned out that the Mandelbrot set contained an entire universe of exotic shapes, like a landscape full of seahorses and spiraling tentacles. Not only that, but ever-increasing copies of the Mandelbrot set popped up, only slightly distorted, as if shown from a new point of view.

As she walked home from the presentation that evening, she thought: Maybe this is something I can fill my life with. If I can’t be a violinist, this might just be something I can do.

Maybe being loved is like being zoomed in on. Like someone undertaking an endless journey into you, enabling you to see all the beauty you contain. That you are an entire universe of exotic shapes, with ever-increasing copies of yourself—only with a slight twist. Like fanciful variations on a known theme from viewpoints you never even knew existed. Everyone deserves to experience such a journey at least once in their life. It’s the most beautiful thing she’s ever known. Not only have new spaces opened up in her, but it’s as if she’s been drawn in an entirely new dimension. And perhaps one day she’ll discover that this dimension is not an integer.

Before she can make a start on her master’s degree she has to get through the course in topology, which is notorious for being so abstract that over half the students fail the exam. But she is rather abstract by nature so suspects that she’ll like this course better than the one on Fourier analysis and partial differential equations. As it turns out, she loves the course. To finally understand why mathematicians view a coffee cup and a doughnut as equivalent objects. To discover that something can be both open and closed at the same time.

The only thing that irritates her is that the lecturer turns up to the sessions unprepared, probably prioritizing his research over his teaching, as many professors do. He therefore stands and stares at the board for ten minutes whenever he encounters an unexpected problem. Rakel feels for him, even though it’s his own fault. Had he thought through the material beforehand, he would have easily seen how each problem could be solved.

“Could you not just take a set that looks like a comb with infinitely many teeth, on which the teeth get closer and closer together, and then remove all of the farthest teeth, apart from the outermost point on the tip?” she asks finally. “This set will be topologically connected, even though it isn’t path connected.”

The professor nods and turns back toward the board. Several of the students turn and look at her.

“Imagine correcting the professor of topology,” whispers a boy in the back row.

Excerpt from Lean Your Loneliness Slowly Against Mine: A Novel by Klara Hveberg. Published by HarperVia. Copyright © 2021 HarperCollins. 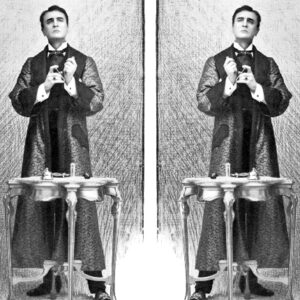