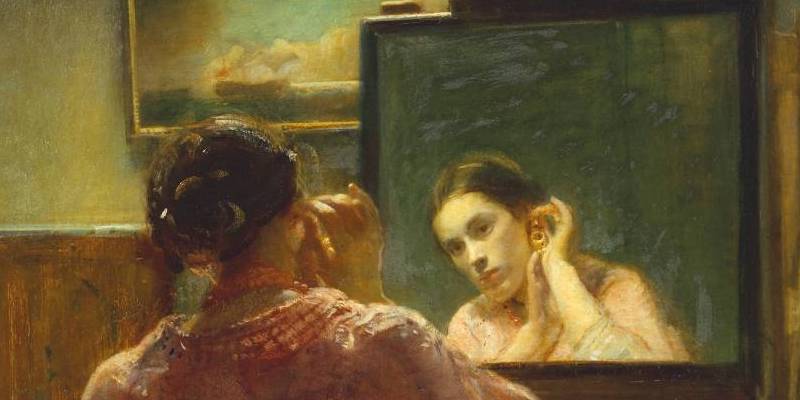 Whither the Plain Female Protagonist? On “Great Beauty” in Literature

Lucinda Rosenfeld Has Some Questions

Not long ago, I re-read Milan Kundera’s 1984 novel, The Unbearable Lightness of Being, which is about the lives of a priapic surgeon named Tomas and his lovers during the Prague Spring. I hadn’t read the book since my early twenties. But I recalled it being deeply romantic and was curious to see how it held up.

What the book lacked was equally glaring: in Kundera’s fictional universe, “unattractive” women barely seem to exist. The one character in the novel who is said to be plain—the student with whom a professor named Franz takes up after Sabina leaves him—doesn’t even get awarded a name but is referred to simply as “the girl with the oversized glasses.”

Even more gratuitously, when the narrator encounters an overweight woman at the spa, the author describes her as a “rack for four pouches,” whose soul, if it reflects her body—he writes—“must be monstrous.” She, too, gets no name.

But if Kundera’s objectification of his female characters represents an extreme—and the book for which he’s most famous was published almost forty years ago—a cursory review of Western literature and fiction suggests that the instinct to render fictional heroines “hot” has both a long history and one which continues to this day. Indeed, an astonishing number of our so-called “great books,” from The Odyssey to The Divine Comedy, Madame Bovary to Anna Karenina, Tess of the Dubervilles to Sister Carrie to The House of Mirth, feature the seemingly inescapable trope of the “great beauty.” Conversely, few classical authors, male or female, even go so far as to feature a plain female protagonist—with a few notable exceptions.

A cursory review of Western literature and fiction suggests that the instinct to render fictional heroines “hot” has both a long history and one which continues to this day.

In Jane Eyre, Bronte paints her eponymous heroine as small and visually unremarkable, casting Jane’s story as not just a journey out of poverty and hopelessness but one from unwanted invisibility to recognition. What’s more, in a move that seems startling modern, during Jane’s first proper meeting with her new boss, Bronte depicts Mr. Rochester as the one who is “on display.” Suddenly cognizant that Jane has been staring at him, he asks if she finds him handsome. After Jane admits that the answer is “no”—and Rochester takes offense—Jane tries to walk back her answer: “I ought to have implied that it is not easy to give an impromptu answer to a question about appearances; that tastes mostly differ; and that beauty is of little consequence or something of that sort.”

Jane protests once more. But the revelation that Rochester’s much older, insane, racially ambiguous wife, Bertha, is hidden away in the attic throws Jane’s youth (and whiteness) into relief, rendering Rochester’s argument the more believable of the two.

Austen similarly paints Elizabeth Bennet of Pride & Prejudice as more gifted with her tongue than with her looks—at least initially. On first meeting her, Mr. Darcy describes her “tolerable, but not handsome enough to tempt me.” Yet before twenty pages are up, Austen appears to change her tune, refashioning Lizzie—at least through Darcy’s eyes—as a “pretty woman” with “fine eyes.”

Likewise, while humble Esther Summerson of Dicken’s Bleak House has her face disfigured by smallpox, the scars eventually fade, whereupon kindly doctor, Alan Woodcourt, agrees to marry her, after all.

Among 19th century novels, only Balzac’s 1846 novel, Cousin Bette, would seem to award a starring role to a notably ugly woman, who, what’s more, stays that way. Described as having a “thick eyebrows meeting in a tuft” and “several moles on her long, simian face,” the titular heroine is a poor and embittered embroider and “old maid” who plots elaborate revenge on her virtuous, beautiful, and well-married cousin. Yet Balzac appears to cast no more judgment on Bette’s connivances than he does on the manipulations of his more comely characters. Instead, he presents her actions as par for the course of a transactional society in which youth and beauty function as capital—and poverty, marginalization, and alienation await those who lack such attributes (or their own inherited assets). As the author dryly notes, “. . . the sense of how little she mattered in that great struggle for existence of people and parties and projects that makes Paris at once an inferno and a paradise, discouraged Bette.”

Yet despite the title, the true cynosure of Cousin Bette is actually the beautiful and Machiavellian courtesan, Madame Marneffe, who seduces and destroys everyone in her path, including, ultimately, Bette herself.

Among famous 20th century narratives, The Bluest Eye, Toni Morrison’s harrowing first novel from 1970 about sexual abuse and Black poverty in post-Depression Ohio, may be—like Cousin Bette—the exception that proves the rule. The book centers around young Pecola Breedlove, who, due to internalized racism, comes to worship an idealized picture of white femininity, as epitomized by a new girl in school. The title derives from Pecola’s delusional, post-traumatic wish that she might wake one day and find her eyes magically lightened. “Here was an ugly little girl asking for beauty,” writes Morrison. “A little black girl who wanted to rise up out of the pit of her blackness and see the world with blue eyes.” For Pecola, beauty holds out the promise of transcendence both from the racist society in which she lives and from horrific mistreatment by her own family, which the frustrations of poverty and prejudice have engendered.

Given the massive societal changes of the past fifty years, it’s astonishing to note how few contemporary authors have continued to grapple with the subject of beauty and/or invented a heroine who fails to possess it. Moreover, on the rare occasions when the reader encounters a less than comely protagonist, it is most often in the romance or beach-read genre, and the noted “flaw” is excess weight. In female-authored novels like, On the Plus Side, Dangerous Curves Ahead, and If the Dress Fits, zesty ladies simultaneously seek out Mr. Right and learn to love themselves and their large sizes.

Meanwhile, even in critically acclaimed titles like Homeland Elegies, Ayad Akhtar’s 2020 auto fictional account of being Muslim in America, young women are frequently depicted as the sum of their desirable body parts—sometimes to the point of grotesqueness. Here is how the narrator introduces his main love interest: “Asha was well and smoothly groomed, without so much as a bump or razor scratch from her mons pubic down to below her introitus.” Six pages later, the author waxes about the “sparkling hazel of her wide-set eyes,” her “pouting lower lip,” and the “hardscrabble grace to her beauty”—before he goes on to discuss her “short torso.”

What—if anything—is so “great” about “beauty”?

Nor is the phenomenon limited to books written by men, or to those hailed by the literary establishment. In the top selling novel of 2020, Delia Owens’s Where The Crawdads Sing, a murder mystery set in mid-century North Carolina, even the wild-child heroine, whom the reader is understood to have raised herself in a swamp, is depicted as drop-dead gorgeous. (Pull-quote as follows: “Look at you—so beautiful. A woman . . . He was astonished at how she had changed, her features more refined yet haunting, her cheekbones sharp, lips full. . . .”)

How can we explain this continued obsession with female beauty? Is it simply a product of economics? These days, most novelists not-so-secretly write with the hope that some deep-pocketed producer will want to option her or his books for a limited cable series. And it seems fair to say that Hollywood does not make a specialty of homely or heavy-set actors.

Or maybe it goes deeper than that. And authors and audiences alike intuitively comprehend that, despite the women’s employment revolution and two hundred years of feminist activism, girls and women are still valued by others—and learn to value themselves—above all for how they look. Less than a year ago, after all, the most powerful person in the United States was the owner of a beauty pageant with a penchant for assigning numerical scores to the women he encountered.

But let’s not put it all on Trump, or even on men. As social media has become the main vehicle of interpersonal interaction, with its implied imperative to appear “camera ready” at all moments, female beauty has arguably only gained in import, egged on by a Greek chorus of aggressively superficial encomia. Here, for example, are some comments from a crop-top selfie that I recently viewed on my teenage daughter’s Instagram feed: “u r literally perfect,” “can I be u?,” and—my hate-read favorite—“body.”

But, then, what—if anything—is so “great” about “beauty”? And after MeToo, Black Lives Matter, a year of climate disasters, and a global pandemic that has left us all hidden behind masks, how might the contemporary novelist deal with the matter of female appearance in his or her books?

Readers expect and desire a certain amount of visual description for all of the characters they encounter on the page. But it would be refreshing to see more novels, especially by male authors, where the heroine and/or primary love interest does not instantly render men speechless, yet for whom this in no way impedes her from leading a full life and having a rich inner one—really, just the opposite. (Whether my own novels have responded to such a plea, I will leave for others to say. Title aside, my novel, The Pretty One, is primarily about the labels which which sisters get saddled.)

Conversely, if the protagonist must be a “great beauty,” the author might note that this does not automatically imbue her with any intrinsic dramatic quality which promises to function in lieu of a personality. It would also be interesting to hear to what extent she has used her looks to her advantage and/or suffered, felt pigeon-holed, reduced, or dehumanized by them.

It was also Toni Morrison in The Bluest Eye who called physical beauty—along with romantic love—the “most destructive ideas in the history of human thought.”

I have yet to read a work of contemporary fiction that explicates this painful truth.

Lucinda Rosenfeld is the author of 5 novels, including WHAT SHE SAW . . . and—most recently—CLASS, which was named a Best Book of 2017 by the Philadelphia Inquirer. Her fiction and essays have appeared in N+1, Harper's, the New Yorker, and the New York Times Book Review. 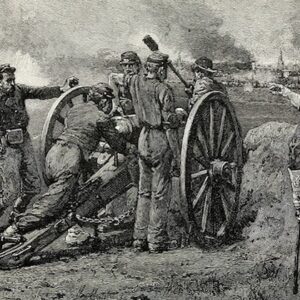 On the last day of October 1895, a letter was sent to Stephen Crane by the corresponding editor of The Youth’s Companion...
© LitHub
Back to top