Emily Layden on the secret lives of teenage girls • Cal Newport suggests a better way to email • The surprising contributions authors have made to language • Elon Green looks back to the NYC-based 1980s Anti-Violence Project • Fatima Shaik on a hidden history of Black brotherhood • What to do when you need to write (good) song lyrics • How dipping into the waters of stepmotherhood inspired Emma Duffy-Comparone’s new book • Kate Washington on caregiver burnout and Jane Eyre • Layla AlAmmar on the literature of revolution • America’s first blockbuster murder trial • Unraveling the Southern myths of Mississippi’s Piney Woods • Imbolo Mbue talks to Jane Ciabattari • “My dad published Lolita” • Nona Hendryx on Afrofuturist histories • The two kinds of Nabokov readers • What we really want from a story • Nick Bryant on the most performative presidency of all time • Are novels-about-writers their own subgenre yet? • Brock Clarke makes a case for meanness in fiction • Laura Imai Messina on Japan’s wind phone • Vivian Gornick on the “wild and elusive” Edna St. Vincent Millay • The sacred role of the hair metal ballad • Jay Neugeboren reflects on mortality and posthumous publishing • After writing a novel about two men isolated at sea, Paul Lynch experiences his own isolation • How Cairo became a cosmopolitan destination • Thomas Dyja considers how the early internet transformed New York City • How New York City’s tap water model could change the world • In praise of of women writing autofiction • Why do we love historic literary homes?  • How the Barbizon Hotel gave Plath and Didion the freedom to write • The New Press editors on working at the intersection of publishing and social justice • How Margaret Hermes finally finished her book (after four decades) • Jamie Vander Broek compares the library and the museum • A conversation about Southern chef Edna Lewis’ legacy • Nige Tassell on the Coen brothers’ cinematic sleight of hand • Alejandro Ruiz remembers the dishes of his Oaxaca childhood

Sula, The English Patient, The Portrait of a Lady, and more rapid-fire book recs from Miranda Popkey • “The Remains of the Day is a dream of a book”: a classic review of Kazuo Ishiguro’s achingly beautiful third novel • The Lover, King Lear, A Little Life, and more rapid-fire book recs from Sanaë Lemoine • New titles from Nona Fernández, Jo Ann Beard, and Glenn Frankel all feature among the Best Reviewed Books of the Week 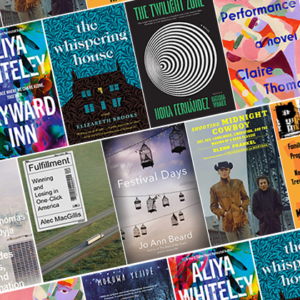