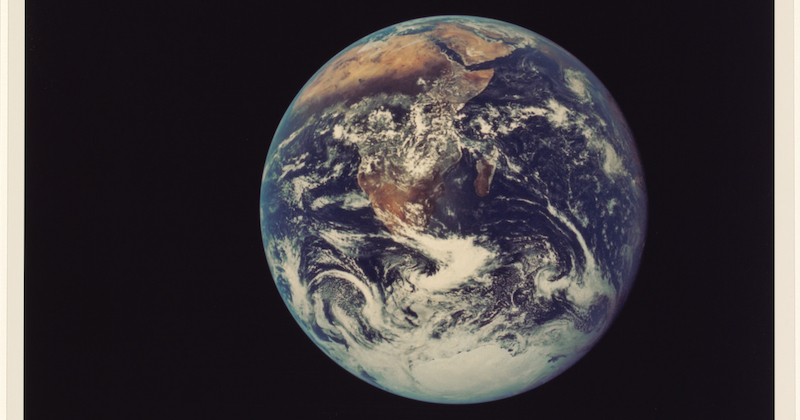 Paul Sen on the Unlikely Relationship Between Thermodynamics
and Evolution

“One species does change into another.” Charles Darwin scribbled this phrase into a notebook in 1837 after his five-year voyage as a naturalist on board the HMS Beagle. What he’d seen in South America, the Galápagos Islands, and elsewhere had persuaded him that species mutated into one another, and that competition for resources and other environmental pressures drive this process. Aware of the enormity of his ideas, Darwin spent the next two decades collating data to support them. As well as the specimens he had observed and collected himself on his travels, he scrutinized the works of other naturalists, studied domestic animal breeding at length, and documented variations in the forms of barnacles, beetles, and finches.

One assumption that this most careful of scientists felt was unassailable was that the earth was immeasurably old. Darwin had with him on the Beagle volume one of Principles of Geology, by the Scotsman Charles Lyell, who is still considered one of the founders of this branch of science. The book espoused the idea of uniformitarianism, which stressed that natural processes such as weather, tides, and erosion by wind and water have gradually shaped the surface of our planet. Moreover, argued Lyell, as these processes are incredibly slow—consider how a coastline erodes, for example—the earth must be many hundreds of millions of years old.

This idea stood in opposition to catastrophism, which claimed that the earth was young and shaped by sudden planetwide violent events—earthquakes, eruptions, and floods of much greater power than humans had ever observed. In Britain particularly, many writers found this latter view chimed with biblical descriptions of events such as Noah’s flood.

Darwin understood that evolution through natural selection needed eons, and Lyell’s uniformitarian arguments provided them. In The Origin of Species, published in 1859, Darwin accepts that if the earth is young, his theory fails. Anyone who disagrees with uniformitarianism and its doctrine of an ancient, slowly changing planet “may at once close this volume.” When writing these words, he knew theologians or geologists still holding catastrophic views would find fault with his ideas. But he never suspected that the mathematical equations of thermodynamics would torment him till his death 23 years later.

Since his undergraduate years, William Thomson had had an interest in geology and whether physics could illuminate its mysteries. In his time, the distinctions between such disciplines hadn’t formally emerged, and he believed physical principles discovered in a laboratory applied to the earth and the universe as a whole. By the 1850s, he had become convinced the doctrine of uniformitarianism was flawed, and he published his objections in scientific journals, which few members of the general public read. Then in late 1860, a year after the publication of The Origin of Species, Thomson broke his leg. Bedridden and with time to think, he concluded that if uniformitarianism was in error, so, too, was Darwin. He sent off the first of many critiques of the English naturalist’s theory to Macmillan’s Magazine, a publication aimed at bringing contemporary literature to the educated layman. (Its contributors included Alfred Tennyson and Rudyard Kipling.)

Thomson was a man of faith but he had no truck with biblical literalists who believed the earth to be 6,000 years old. His position was that a slowly changing ancient earth stood in direct contradiction with the scientific principles that he had worked so hard to establish—that energy cannot be created or destroyed and that heat tends to dissipate. Using these laws, argued Thomson, it would be possible to estimate the age of the earth and investigate whether it was old enough for evolution to take place.

In April of 1862, he brought out a paper claiming that a thermodynamic analysis of the flow of heat in the earth showed directly that it must be younger than uniformitarians, and by extension Darwin, believed. It starts, “Essential principles of thermodynamics have been overlooked by geologists.” Dissipation was the key to Thomson’s argument. Observations from mine shafts and tunnels showed that the earth’s temperature increases with depth below the surface. Thomson’s friend the Scottish physicist J.D. Forbes, by taking measurements in and around Edinburgh, estimated that the earth’s temperature rose by one degree Fahrenheit for every 50 feet of descent. This persuaded Thomson that the earth was cooling, losing heat to the atmosphere.

Using elegant mathematics, Thomson combined Forbes’s measurements with others relating to the thermal conductivity and the melting point of rock. Even acknowledging uncertainties in the data, he concluded the earth’s age was somewhere between 20 million and 400 million years. This was far too short a time for evolution. Even if the older estimate was true, Thomson argued the earth would have been considerably hotter than it is now for most of its existence. Before around 20 million years ago, the temperature of the entire earth would have been so high that the whole globe was molten rock. Evolution’s requirement that the earth was much as it is now for eons defied thermodynamic sense.

Darwin was shaken. “Thomson’s views on the recent age of the world have been for some time one of my sorest troubles.” “I am greatly troubled at the short duration of the world according to Sir W Thomson.” “Then comes Sir W Thomson like an odious spectre”—these are lines from Darwin’s letters to friends. In turn, his allies felt unqualified to attack the physicist’s arguments and suggested that perhaps evolution worked faster than previously believed, a solution that didn’t satisfy Darwin.

This idea stood in opposition to catastrophism, which claimed that the earth was young and shaped by sudden planetwide violent events.

In his lifetime, Darwin never found a satisfactory response to Thomson. His final published statement on the matter accepts that Thomson’s objection to the theory is “one of the gravest as yet advanced.” He goes on, “I can only say, firstly, that we do not know at what rate species change, as measured by years, and secondly, that many philosophers are not as yet willing to admit that we know enough of the constitution of the universe and of the interior of our globe to speculate with safety on its past duration.”

Though Darwin didn’t live to see his hunch about earth’s antiquity vindicated, Thomson did learn of his mistakes. In the 1890s, a new source of energy, radioactivity, was discovered. This led to an understanding that vast amounts of energy are hidden within atoms. Although it would be some decades before the mechanism of stellar nuclear fusion was understood, measurements of energy released by radioactive elements showed that a body as large as the sun could emit heat for billions of years. Furthermore, the new technique of radioactive dating revealed that the earth possessed rocks that must be of a similar age. One of the pioneers of the new radioactive science, Ernest Rutherford, gave a speech in 1904 at the Royal Institution in London, in which he declared, “The discovery of the radioactive elements allows the time claimed by the geologist and biologist for the process of evolution.”

Thomson, now aged 79, was unconvinced and remained so until his death three years later.

This is how science works. Thomson was no more or less stubborn than anyone else. Scientists are human and are motivated by emotional attachments to ideas and guided by intuition as all creative people are. These can be powerful tools that lead to the truth, but they can also mislead. Thomson felt in his bones that Carnot was right about the importance of the flow of heat, and he sought evidence to justify that hunch. In the early years the evidence was scant, but it was enough to enable Thomson to put down the foundations of thermodynamics. The same scientific instincts, the same intuition, told him Darwin was wrong about the age of the earth, and Thomson sought evidence to support this view. In the case of Carnot, Thomson was right; in the case of Darwin, he was wrong.

It’s a mark of the stature accorded to Thomson and physics in the 1860s that his views were taken to heart by scientists in very different fields. The laws of thermodynamics were a triumphant acclamation of the industrial age. Heat was driving the world into the future, and scientists knew how heat behaved. 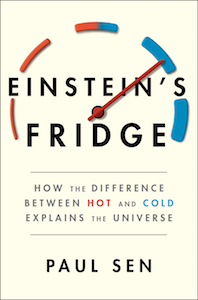 Excerpted from Einstein’s Fridge: How the Difference Between Hot and Cold Explains the Universe. Used with the permission of the publisher, Scribner, an imprint of Simon & Schuster. Copyright © 2021 by Paul Sen.

Paul Sen first encountered thermodynamics while studying engineering at the University of Cambridge. He became a documentary filmmaker with a passion for communicating profound scientific ideas in an engaging and accessible way to a wide audience with landmark TV series such as Triumph of the Nerds and Atom. These brought a love of storytelling to the worlds of science and technology. Paul’s award-winning TV company Furnace, where he is creative director, has made BBC science series such as Everything and Nothing, Order and Disorder, The Secrets of Quantum Physics, and ninety-minute films such as Gravity and Me: The Force That Shapes Our Lives and Oak Tree: Nature’s Greatest Survivor. This won the prestigious Royal Television Society Award for best science and natural history program and the Grierson Award for best science documentary in 2016. Einstein's Fridge is born out of Paul’s conviction that the history of science is the history that matters. 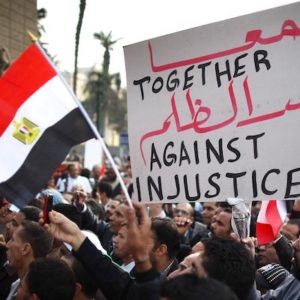 We’ve all read pieces over the last couple of months commemorating the ten-year anniversary of the uprisings known as the Arab...
© LitHub
Back to top
Loading Comments...