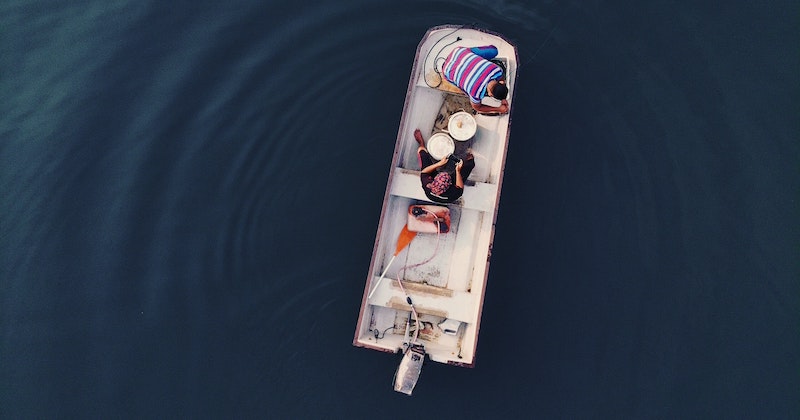 Imagining Isolation: When the Plots of Your Fiction Spill Into the Real World

Paul Lynch on Life and Literature in COVID Lockdown

In 2013, two fishermen left the village of Costa Azul on the coast of Chiapas in Mexico on board a 23-foot panga and motored out into the Pacific Ocean. They expected to return 30 hours later with an iced cooler full of marlins and sharks. Instead, they met a storm that lasted five days. Their boat took a battering. Their outboard motor was damaged and their communication and navigation devices destroyed. The men were cast adrift at the mercy of the ocean currents, taking them further and further away from rescue. Imprisoned on their boat, they were met with an instant and profound social isolation.

When one of those fisherman, José Salvador Alvarenga, washed up alone on the shore of the Marshall Islands 14 months later in January 2014, the story seized my imagination. Sooner or later, the unwanted knocks on our door and life is changed utterly. How are we to define our loss or overcoming? Milan Kundera once wrote, “for a novelist, a given historic situation is an anthropologic laboratory in which he can explore his basic question: what is human existence?” I spent two years imagining my way into the lives of my own two fishermen, Bolivar and Hector, cast adrift on a lonely sea, probing their solitude and isolation, seeking to know their hearts. Human beings are hardwired for social connection. What happens to the mind and the heart when we are confined and isolated?

To be cut off from the world we know and love is to find ourselves alienated before the iron laws that govern our time on earth. The human heart is confronted with itself. What does it mean to be faced with the possibility of death when we least expect it? How are we to go on? How can we sustain belief of rescue in impossible circumstances? What can we do to fight against our despair? Many of these are old questions. James Baldwin once wrote, “We are capable of bearing a great burden once we discover that the burden is reality and arrive where reality is.” In my novel, Bolivar and Hector form vastly different responses to their predicament.

Bolivar measures out the day by doing practical tasks and seeks ingenious ways to catch fish. He establishes an exercise routine. He finds a way to joke about their ordeal and looks forward to Christmas. He is always watching, alert to every moving thing—what might be the flashing of a signal, or a distant ship in silhouette. Living moment by moment, he discovers joy in simple things. He fixes in his mind a vision of the future in which rescue is inevitable. This man who begins the book as indifferent and ironic, enters into acceptance of the situation and meets life on its terms.

Hector, however, cannot accept the situation. He cannot engage in simple tasks and is overwhelmed by monotony. He begins to think he is living a dream he cannot wake out of. He begins to turn inward, falling into despair and dire rumination about the life no longer lived. “No matter what way I look at it,” he says, “I am not here and I am not there.” He finds that he is nowhere. His thoughts begin to take a more hazardous turn and he assumes the vicious self-reproach of the penitent. He believes he is being tested by God and refuses to eat.

A few months after Beyond the Sea was published in Ireland and the UK, Covid-19 reached our shore. After weeks of national anxiety, Ireland’s taoiseach (or prime minister), Leo Varadker, stood in front of the nation on March 27, 2020, and announced new emergency powers making it mandatory for everybody to stay at home due to escalating numbers of coronavirus. An entire country, apart from essential workers, closed its doors and went into lockdown.

At that time, I was some 40,000 words into the first draft of my next novel in which emergency powers make life difficult for a character who has come to live under controls and curfew. How strange it was to look up from my desk and find myself living under similar conditions, allowed to leave the house only to buy food and to exercise within a radius of two kilometers. And how strange it was to find myself imprisoned with my family in our home, all of us met with an instant and profound social isolation, just as Beyond the Sea was being published in America. A comment by the guitarist Scott Ian of the metal band Anthrax came to mind, when, during the anthrax scare of 2001, he declared, “I will not die an ironic death.”

I spoke to my father in Limerick who had sailed the Pacific Ocean as a radio officer in the merchant navy during the 1970s. (When he married my mother, he was able to take her with him). He told me that during one period, he did not leave ship for 13 months. “We’ve done this before,” he said, “and we’ll do it again.”

It struck me then as we closed our door to the world that we too would be living on a ship, a vessel that was a three-up, three-down terraced house with a garden in a suburb of Dublin. I had done this before, too, dreaming my way into the life of Bolivar and Hector on board their panga. I began to ask myself, what would Bolivar do?

Perhaps we too could discover joy in a simpler life if we lived moment by moment. We measured the day by routine tasks and broke time down into fun and educational blocks for the kids. We divided the childcare into shifts so that we could continue to work. We bought the complete boxset of Éric Rohmer (22 films), and I bought a lot more jazz vinyl than normal. We rallied each other during our down days and lived as much as we could in our garden. I thought of Bolivar keeping fit by running in circles around his boat while I rowed myself breathless in the bedroom. I thought of Bolivar and Hector making the most of Christmas as birthdays came and went and were made memorable by having nowhere to go and nobody to share them with but over Zoom. Every Friday night, my wife and I dressed up as though we were going out and made cocktails and listened to vinyl.

Perhaps we too could discover joy in a simpler life if we lived moment by moment.

I taught my daughter to read, to ride a bike, and play football. But how do you explain to a four-year-old that a death-dealing virus has brought the world to a stop? My toddler son was blissfully indifferent, but my daughter’s Montessori had abruptly shut, her childminder was gone, and she was no longer able to see her grandparents. Like Bolivar to the younger Hector, we faced the task of navigating her through choppy waters. She woke screaming during the night and I sat down beside her and asked her to tell me her dream. She told me we were in the garden and giant hailstones fell from the sky trying to kill us. She grew afraid of going out into the garden alone. She grew afraid of going upstairs and began to wet herself rather than go to the bathroom. I sat down with her and we drew with crayons a little house and a little stick girl and we drew with blue crayon a protective ring around the house and the girl and we called it “the circle of power.” Within two days, my daughter’s normal toilet habits had resumed.

We have now lived a year in and out of lockdowns of various severity. While life and death and grief surged around us, the simple act of paying attention to small things has helped lower our anxiety. The ordinary has expanded in its significance. Time, too, has grown strange. I think of Bolivar, whose mind has fallen into slowness, and I think continually of a line I wrote in the book: “Time now is not time. It does not pass but rests. This is what he thinks. The days now passing within an arresting of time. Or sometimes he thinks time is passing without him, passing overhead or around him or underneath but not within.”

And yet, so much is different. Bolivar and Hector’s predicament is they find themselves in an existential vacuum in which, like Schrödinger’s cat, they are both dead and alive at the same time. In seeking to remain alive with a narrow chance of survival, each man comes to stare into the abyss, and both descend into a voluptuous hell in which each man is confronted by how he has lived as man and sinner. If fiction is a mirror that allows us to stare into the face of Medusa, sometimes what we see is ourselves, but sometimes too we see what we are not. The book is closed and placed down beside us and we see the life we have yet to live, the life we can return to. 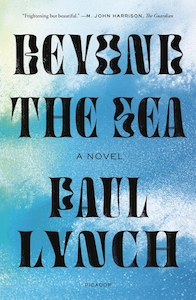 Beyond the Sea is available from Picador, an imprint of Macmillan Publishing. Copyright © 2021 by Paul Lynch.

Paul Lynch is the author of the novels Red Sky in Morning; The Black Snow, which won France’s Prix Libr’a Nous for Best Foreign Novel, and Grace, which won the Kerry Group Irish Novel of the Year Award, and was a finalist for both the Walter Scott Prize for Historical Fiction and the Saroyan International Prize. He lives in Dublin with his wife and two children. 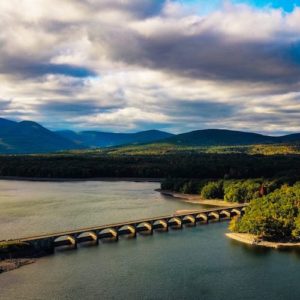 New Yorkers are rarely a soft-spoken group, particularly when boasting about their city. Time Out magazine lists 50 reasons...
© LitHub
Back to top
Loading Comments...