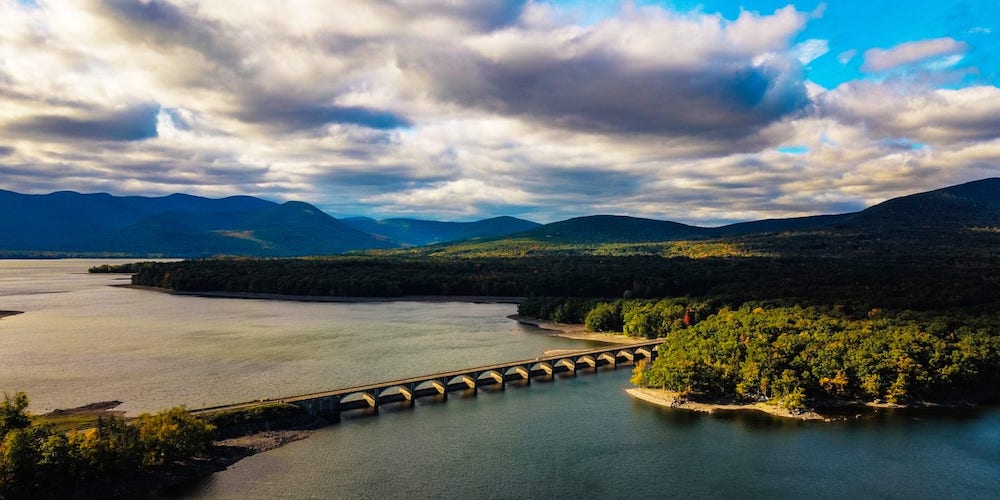 By Michael Heller and James Salzman

New Yorkers are rarely a soft-spoken group, particularly when boasting about their city. Time Out magazine lists 50 reasons why New York is the “greatest city in the world”—greatest skyline, greatest theater, and on and on. These brags should come as no surprise. Everyone has heard of the Empire State Building and Times Square. But you may be surprised at what the magazine lists as the number one reason New York is so great.

And you don’t need to take the magazine’s word for it. New York tap water routinely wins blind taste contests against even the priciest bottled water.

While New Yorkers may know their tap water tastes great, few know that it comes from 125 miles northwest of the City; and even fewer know that innovative ownership design lies at the heart of providing over a billion gallons of safe and refreshing water to nine million people every day. But Al Appleton knows.

Appleton is a bear of a man with a quick wit and disarming candor. In 1990, he became Commissioner of the New York City Department of Environmental Protection and Director of the City’s Water and Sewer system. He immediately faced a dilemma. Unlike most big American cities, New York did not have treatment plants for its tap water. Showing great foresight in the early 1900s, the City had laid huge pipes from the undeveloped Catskill Mountains, far to the north and west, to bring the region’s pristine water down to giant reservoirs near the city. Apart from mechanical filters at the collecting reservoirs to keep out sticks and leaves, and chlorination to kill bacteria, the water went almost directly from the mountains to faucets in apartments in Manhattan and homes in the Bronx.

Starting in the 1980s, though, small farms in the Catskills watershed came under economic pressure. They increased fertilizer use and began selling land to residential sub-developers. As the population grew and land use intensified, the clean water that New York City had taken for granted came under threat. Coupled with a revision to the Safe Drinking Water Act, it looked like New York would need to build a huge treatment plant for Catskills water with a price tag up to $4 billion, along with $200 million more annually to operate the plant.

Instead of going ahead with construction, though, Appleton took a step back and looked to the ownership toolkit. Most everyone assumed a new treatment plant was inevitable. But Appleton reframed the problem. The watershed’s vegetation and soil had been doing a great job breaking down contaminants, trapping sediments, and filtering toxics. The result was admirably high-quality drinking water. Instead of spending enormous sums to treat water downstream, how about investing instead to restore the upstream landscape? Was it possible to avoid spending money at all on a big plant? As Appleton put it, “a good environment will produce good water.”

Thus began an 18-month process of more than 150 meetings with local groups in the Catskills, negotiating land management practices to ensure water quality. One participant described the endless meetings as similar to a “rolling Thanksgiving dinner with relatives you only want to see once a year.” The final agreement was signed by 60 towns, ten villages, seven counties, and environmental groups. New York City committed to spending $1.5 billion to acquire sensitive lands, restore stream corridors, and fund partnerships that would foster water quality and support economic development in the watersheds.

The results have been impressive. Water pollution dramatically declined. New York City payments have proven popular with rural upstate landowners. And the EPA was persuaded that the watershed initiatives would provide safe drinking water, so the federal government has repeatedly waived the requirement that New York City build the multi-billion-dollar treatment plant. As a result, in purely financial terms, New York came off ahead by investing in natural capital rather than in built capital, investing in green rather than gray infrastructure. The program has paid for itself many times over.

But what does all this have to do with ownership?

We tend not to think about ownership when talking about the environment. The benefits we receive from nature—the clean air we breathe, a stable climate, fish schooling in the ocean, scenic vistas across landscapes—seem like they must be goods common to all. That’s a lovely notion, but it’s also a problem.

Common ownership works well when resources are abundant, but often fails as populations grow and technology changes. When valuable resources are free for the taking, we tend to take too much. The result of common ownership is that we’re overfishing the world’s oceans, cutting down tropical forests, and over-using the atmosphere by emitting greenhouse gases at historically high levels, driving climate change. At this rate, the world of our children and grandchildren will be very different from the one we grew up in, and not for the better.

Just as the Catskills watershed provides clean drinking water, nature provides all kinds of critical services that we take for granted. Insects pollinate our crops. Microbes in soils break down waste and create fertile fields for farming. Coastal marshes protect against storm surges and provide habitat for young fish. These are all examples of common resources that benefit everyone and are owned by none. We all enjoy the wild birds and butterflies flying around us. But the people whose lands provide the habitat for this wildlife receive no compensation in exchange. If they don’t own the resources and can’t charge for them, then they have little reason to protect or invest in them.

Wetlands, for example, may protect towns by slowing storm surges or filtering drinking water. If landowners convert wetlands into homes or farms, they may benefit financially but the community is made far worse off by flooding and dirty water. Because no one owns wetlands’ services like flood prevention and water purification, landowners don’t take the value of those services into account when deciding how to use their land. If the choice is to earn a living by farming the wetland or earn nothing by preserving it, then the choice is simple. Fill the wetland.

Appleton’s great insight was to innovate around ownership design. He told Catskills landowners that New York City would deal with them as if they owned the environmental services attached to their land. We don’t think twice paying for potatoes or coal attached to land, so why not pay farmers for improved water quality? Appleton crafted an ownership tool where wealthier downstate city dwellers could pay poorer upstate farmers to preserve a clean environment. He showed how to motivate farmers, even in the absence of state law giving them ownership over the environmental benefits their lands provide.

This approach of—creating what we call as-if ownership in nature’s bounty—has exploded in recent decades. James Salzman has been working with governments around the globe since 2000 to develop payment schemes that compensate landowners for providing natural services. In recent work, he identified over 550 active “ecosystem services” programs around the globe with an estimated $42 billion in annual transactions.

The strategy is being used to try to save the world’s rainforests. Tropical forests contain most of the world’s species diversity and capture vast amounts of carbon from the atmosphere, playing a critical role in slowing climate change. Deforestation is responsible for up to 20 percent of global warming. Today, swaths of the Amazon forests, often called “the lungs of the planet,” are burning.

The basic problem is that people who live in these forests don’t own the environmental resources they provide. They can’t charge for wildlife habitat or storing carbon. Even though these resources are critical to humanity, we receive them for free. Not surprisingly, owners and squatters in forests focus instead on things they can sell. They burn forests to clear them for grazing, logging, and agriculture. The challenge is to make trees worth more standing than cut down.

Norway is doing just that, trying to offset some of the climate harm it has caused by extracting North Sea oil. Thanks to its “sovereign wealth fund”—profits the country accumulated from oil sales—Norway has been able to spend tens of billions of dollars paying people in the Amazon, Indonesia, and Mexico for their efforts to reduce local deforestation rates. If the rate of forest loss slows, more trees are left standing and more carbon is captured from the atmosphere.

China has made an even larger investment. Ecosystem service payments have become a central component of the country’s nationwide environmental protection strategy. China has already paid over $50 billion to farmers and households to increase forest cover. By planting trees instead of chopping them down, China gets flood protection, wildlife habitat and water quality—all shared goods that come along with investing in trees.

So, can we use ownership to steer people to conserve nature rather than despoil it? Absolutely. Around the world, new types of ownership to promote environmental goods are changing the behavior of farmers and forest dwellers, timber companies and big landowners—they now compete to protect the environment and make money in the process.

With a billion-dollar program here, a billion there, ecosystem services ownership begins to add up. While substantial already, these programs are not yet nearly big enough. The key to addressing some of the world’s greatest environmental challenges may be to encourage people to call ever more aspects of nature mine. 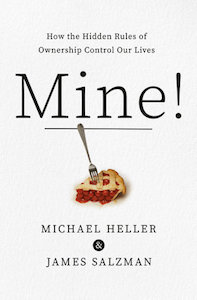 Adapted from Mine!: How the Hidden Rules of Ownership Control Our Lives. Used with the permission of the publisher, Doubleday, an imprint of the Knopf Doubleday Publishing Group, a division of Penguin Random House LLC. Copyright © 2021 by Michael Heller and James Salzman.

Michael Heller is one of the world's leading authorities on ownership. He is the Lawrence A. Wien Professor of Real Estate Law at Columbia Law School where he has served as the vice dean for intellectual life.

James Salzman is the Donald Bren Distinguished Professor of Environmental Law with joint appointments at the UCLA School of Law and at the Bren School of the Environment at UC Santa Barbara.

Imagining Isolation: When the Plots of Your Fiction Spill Into the Real World 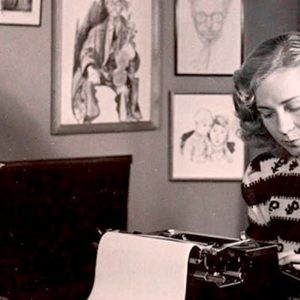 It is hard to deny the appeal of fantasies about artists’ lifestyles: their workspaces, schedules, routines, and motivations....
© LitHub
Back to top
Loading Comments...