Laura Imai Messina on Mourning, Resilience, and the Married Couple Who Changed Her Life

Translated from the Italian by Lucy Rand

The Wind Phone is a real place, in Iwate Prefecture, northeast Japan. One day, a man called Sasaki Itaru installed a phone box in the garden of his house at the foot of Kujira-yama, just next to the city of Ōtsuchi, one of the places worst hit by the tsunami on the 11th of March in 2011. Inside there is an old black telephone, disconnected, that carries voices into the wind. Thousands of people make the pilgrimage there every year, from all over the world. They are people who have lost someone, who pick up the receiver to speak to the other side. I made the journey to the Wind Phone in the Fall of 2019 with my husband, Ryōsuke. I believe, without any risk of exaggeration, that visiting the garden of Bell Gardia and meeting Mr. and Mrs. Sasaki changed my life.

In Japan, there is a frontier between life and death, and it’s perched on the steep slopes of a mountain called Kujira-yama, the Mountain of the Whale. That’s where we’re going. To a luxuriant garden where the seasons blow through in all their vivacity. We’re going to meet Sasaki Itaru, the custodian of the Wind Phone, one of the world’s most powerful sites of resilience.

Getting there from our home in Kamakura is an odyssey. Three trains, one of which is a shinkansen, and a fourth local train. Another half an hour, up and down the mountains along the curve of the sea, not that we can see it. The ocean is blocked from view, as if the mere sight of it might cause harm. A protective crust encloses the land and reminds everybody who sees it of the tsunami that rushed over the sea defenses in 2011 and wiped out entire cities. Tens of thousands of lives at once. I remember watching the videos of the wave pouring over the sea wall, there, right there, where I am pointing my finger now to show my husband. Ryōsuke nods, saying nothing. I’m reminded of how he refused to look at the video clips. He felt it was disrespectful to the people who died in those very minutes.

It’s a bleak scene: broad expanses of nothing surround prefabricated houses. Only a sign distinguishes a house from a barbershop, a cafe from a purveyor of precious stones. The vast area feels like a new and barely inhabited apartment block.

It takes us another 20 minutes to find Bell Gardia. We go around in circles, lost; the mountains at our backs are still tinged red from autumn and their peaks are mantled with snow. Walking up a slope, I notice an explosion of green to our right and at the end of a short path, I see a signpost with sky-blue writing that says: 風の電話 kaze no denwa.

“Look, it’s the Wind Phone,” I whisper to Ryōsuke.

Mrs. Sasaki invites us into a sort of conservatory off of the kitchen with a table in the middle, flooded by sunlight.

Mr. Sasaki is already sitting down and once we have been served a cup of sweet tea and a slice of home-made apple cake, we begin.

“How many people have visited the Wind Phone, to date?”

“And what do people usually do when they get here?”

“Some follow the path all the way to the Wind Phone, then turn around and leave again. People are free to do as they like and we often don’t even realize they have been here. Others are in tears, of course, and we invite them in. Many people feel they need to tell their story.”

“I suppose the location is important too, this wonderful garden… ” I say turning around, looking out through the glass walls.

“It is. Bell Gardia is a place where people can start to regain an awareness of reality; it’s a sort of bridge that connects the world of the living to the world of the dead. Just getting here is an exercise in… ” Sasaki-san hesitates for a moment, looking for the right word. “Mindfulness.”

“It is intentional that there are no signs, no maps and no guides telling you how to get here. It’s in the very act of wandering—losing yourself in the landscape, uncertain of where you are and when you’ll arrive—that people end up thinking about many things, reformulating their memories of the person they have lost. And it’s in this mood, a sort of meditation, that they encounter the Wind Phone. They get here in a fuller and more aware state. They are ready.”

“You need to get your own feelings in order before you can talk to someone else. You need to emerge from the tragedy, from the shell of pain you’ve been encased in. Those who come to the Wind Phone are already halfway there. They are ready to create a new relationship with the dead.”

“Life goes by so fast and most of us find it unthinkable that our bonds with those around us might expire before we do. And so we need to cultivate imagination, starting from childhood. The Wind Phone doesn’t work without a good imagination. Rather than valuing only what we can see, hear and touch, we need to also recognize the value in things that don’t have a shape, a form, an audible voice.”

“It’s a bit like what Saint-Exupéry says in The Little Prince. The truth is in our hearts. And we can’t see inside our hearts. We can’t see any of the most important things in the world: the roots that sustain the tree, the foundations that stop our homes from collapsing.”

Sasaki-san opens his box of pens and calligraphy brushes and his family stamp. On the first page he writes: 感性を育み 想像力を育てる “Nurture sensitivity, cultivate imagination.”

“This is why it’s doesn’t work to just install a phone box anywhere in the world and call it the Wind Phone. There are certain conditions that are necessary for it to work, and these have to be created. This is why Bell Gardia has the Library of the Woods and the Kikki Laboratory where children can interact with wild animals, public lectures, concerts… ” he says.

“You need to emerge from the tragedy, from the shell of pain you’ve been encased in.”

“To nurture the imagination,” I echo him. And I think, for the first time, that I might understand.

“Sadly, if somebody doesn’t have that kind of imagination, they won’t get much from the Wind Phone.”

I find myself thinking about our children and all the surprising manifestations of their imagination. Another thing I hadn’t realized could save lives.

“Do many survivors of the 2011 disaster still come?”

“Yes, of course. Recently, though, we have met many relatives of suicide victims. Mostly the parents of young people who have taken their own lives.“

“It happens suddenly, not like when somebody has cancer, or another disease. There’s never time to prepare yourself.”

I recall something I wrote in the book: that you remain parents even when your children die. That you may lose the word Mum or Dad, but the feeling of being a parent never goes away.

“The magic of the Wind Phone is also in its ability to overcome barriers of gender, religion, and race,” I say. “People come from all over Japan. But also from the rest of the world… America and… Where else?”

“Some have made the journey from Australia, Germany, the Philippines.”

The voices of the Sasakis flow together in close-knit harmony as they reel off country after country.

“Some come regularly to bring news to their loved ones.”

“It’s normal, the narrative has to continue.” Mr. Sasaki says.

For Sasaki-san, there is profound joy in observing the rebirth of people. Meeting them again years on, seeing where the turning point was, comparing the before and the after, sometimes being astonished it’s the same person.

Three hours have passed since we began to talk. And I can already feel my soul strengthening, my personal perception of life changing. This is the gift that complexity gives you, I think, speaking into the Wind Phone is a way of building a new relationship with the people they love. A relationship that is different to the one they had when they were still alive. An after that is no less than the before.

As we sip our tea and the light begins to fade, I start to think that coming here is like entering into a bigger picture. It is a small contribution to the story of humanity, the bit that’s left behind.

There is a word in Japanese for the relatives of victims, the ones left behind: izoku 遺族. It is similar to kazoku 家族 “family,” where the ka means “home” and the zoku means “clan.”

But here, the “clan” is preceded by another ideogram: i 遺 which means “what remains.” Who remains.

And now I realize that from the moment we are born we are all part of one big, resilient family. We are the izoku. The ones left behind.

Lucy Rand is a literary translator, editor and teacher, currently living in Norwich, UK. She translated The Phone Booth at the Edge of the World while living in the countryside of south-western Japan. 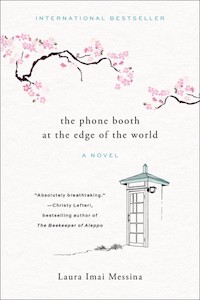 The Phone Booth at the Edge of the World is available from The Overlook Press. Copyright © 2021 by Laura Imai Messina.

Laura Imai Messina has made her home in Japan for the last fifteen years and works between Tokyo and Kamakura, where she lives with her Japanese husband and two children. She has a Masters and a PhD from Tokyo University. Translated from the Italian by Lucy Rand, The Phone Booth at the Edge of the World is Laura Imai Messina's English language debut novel, sold in over twenty countries. 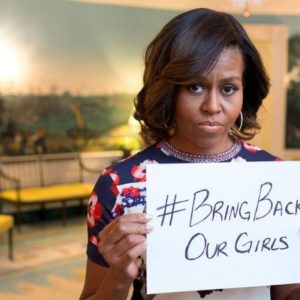