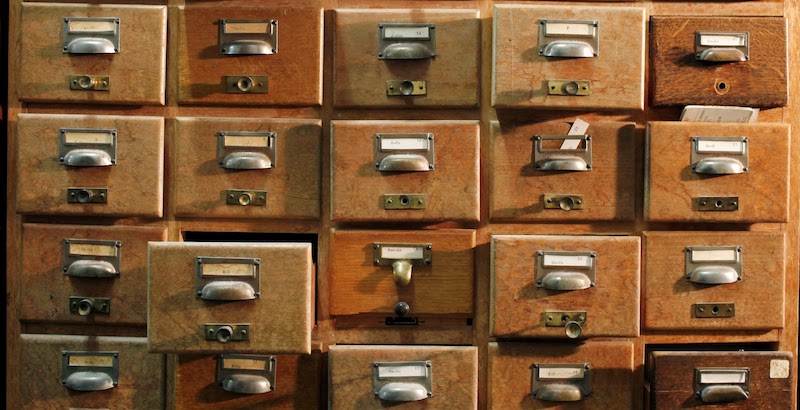 In the 1950s, my father discovered a pile of wet ledgers on the back of a dump truck in our neighborhood. He brought them to our house, dried them on our sunny porch, and put them into the closet. In 1997, I opened and read them. What I found was a treasure trove, one that could contribute significantly to our understanding of Black history and literature.

Approximately 3,000 pages of French handwriting distributed throughout 24 journals described the lives of Black men in their own words. The journals, containing the minutes of meetings from 1836-1935 of the Société d’Economie et d’Assistance Mutuelle in New Orleans, contained the names of soldiers, activists, lovers, and builders of a community that nurtured my family and spoke to America, but were silenced.

When the society organized, the law in Louisiana not only forbade reading by the enslaved but writing or conversation by free people of color that might “produce discontent.” There was even a statute that decreed free Blacks should not “conceive themselves equal to the white.” The Economie formed seven years after the publication of David Walker’s “Appeal to the Colored Citizens of the United States” to join together and rise up for their rights. The banned pamphlet was known to have reached Louisiana. Nat Turner’s 1831 rebellion was only five years before the Economie began.

I heard many times during my university studies and journalism career both in the North and South that Black history was scarce because of a lack of proof. Well-meaning mentors explained that the African past had been taken away after the slave ships landed and the law denied Blacks the ability to read and write. It was true that the Freedmen’s schools after the Civil War offered the first public education for the Black public, and in my hometown, New Orleans, the city provided no high school for Negroes from the late 1870s to 1917. A second school to serve Black young people beyond eighth grade came only in 1942. That year, the Black population reached almost 150,000.

Now, looking at the language of the society’s journals, I saw the double entendres of Black speech that I heard in my childhood neighborhood, described by Zora Neale Hurston’s “Characteristics of Negro Expression,” and explained as double consciousness in W. E. B. Dubois’s Souls of Black Folk. As with the spirituals, one of our clearest thru-lines of Black history, I knew that the meanings depended less on the words and more on the context, audience, and speaker. The Economie’s first president, Pierre Crocker, encouraged the members “to conquer all the obstacles that chain our efforts.” “Enchaine” had an unambiguous interpretation among people living in a city that boasted the biggest slave market in the nation. The words held a deep sense of oppression and the tangible reality of impending restraint. What outsiders might consider a simple metaphor was a call to action.

I heard many times during my university studies and journalism career both in the North and South that Black history was scarce because of a lack of proof.

I set out on a quest that took decades longer than I expected to unpack what I found there, cross referencing the minutes and Economie members’ names with property records, civil suits, military muster lists, and more. Some entries took me years to puzzle, such as an 1846 case in which every one of the witnesses for an Economie member lied to the Louisiana Supreme Court in order to keep Denise, an enslaved woman held by the mother of Economie member Ludger Boguille. After research and consultations with editors and lawyers, I realized that, without the lies, Denise may have been sold to satisfy a debt. (When the suit ended, the court decided not to include her in the accounting.) I also found records of children with the same names as my daughters being auctioned or pursued as runaways. I walked around in a daze for months, unable to think clearly.

The raw commerce of these exchanges shattered any lies about American innocence. I saw financial calculations of people’s worth in the documents of the church, government, and banks. Newspaper advertisements gave addresses of slave markets; I walked past these now beautifully-renovated spaces with a heavy heart.

Despite all the restrictions, by 1857, New Orleans’ free Blacks owned $15 million in property and had a literacy rate of about 65 percent. That year, the members built “la Salle d’Economie”—Economy Hall. Self-exiled Black men returned from France, Italy, Haiti, and Mexico to attend meetings. Musicians who were celebrated in Europe and segregated in their hometown returned to play in the Economie’s 70-foot-long theater. The building hosted public balls, opera, philharmonic performances, and school recitals. The Economistes were unbowed.

Then-president Pierre Casanave told the men, “Let us prove, say I, to the world entire that we do not deserve to be diminished by this senseless prejudice which seeks to demoralize us…only because of this African blood which runs in our veins! There it is, all our crime!… As the rocks beaten by the waves of the ocean, let us remain steadfast with courage and dignity so that ignorance does not intimidate us.”

One hundred years later, when my father rescued the Economie journals and tried to understand their importance, there was little history about Black cooperation available.

Among the most well-known was the U. S. Supreme Court’s majority opinion in the Dred Scott decision, which decreed in 1857 that the Declaration of Independence had not been “supposed to embrace the negro race, which, by common consent, had been excluded from civilized Governments and the family of nations, and doomed to slavery.”

Despite all the restrictions, by 1857, New Orleans’ free Blacks owned $15 million in property and had a literacy rate of about 65 percent.

The society’s president responded in the privacy of Economy Hall. He told the members, “May our behaviors always strike down our oppressors, so that, in each of us, our miserable enemies may discover the proof that we understand that man was born to live with his equals.”

Ludger Boguille was the secretary of the Economie that year. I grew up near his descendants. Boguille ran a private school of 40 pupils under the age of 23 in 1840. He was the principal of a Freedmen’s school in 1866 when whites massacred Blacks in the Mechanics Hall in New Orleans. They had convened with their allies to acquire the vote. “I saw a colored man killed,” Boguille later told a committee of three U.S. Congressmen investigating the scene. “We seized some chairs and tried to defend ourselves, and succeeded in repulsing those who fired the volleys. . . . I received one wound in the left arm and another in the knee, and several blows which did not injure me much.”

Two years earlier, Boguille had been the grand marshal of an Emancipation celebration in Congo Square. For many years afterwards, Economie men filled the hall for political meetings and marched en masse with a brass band to demand their rights as American citizens. For a brief time, they won. The 1868 Louisiana constitution conferred citizenship on all Blacks—from those free before the war to those who had just arrived and been emancipated. The law also required integrated public facilities, including public education which went further than the United States Congress. Economie members put their children in integrated schools on principle.

Then, in 1874, white supremacists attacked the Metropolitan Police force, which had been integrated through the efforts of Radical Republicans. Its captain was an Economie member, as were others who died at the scene or shortly afterwards. When Reconstruction ended a few years later, the police became the enforcement arm of white supremacists.

New Orleans’ Black past was neutered to the image of a postcard of old men in white shirts playing music in a place called Preservation Hall. There was no such hall in the 19th century; Preservation Hall opened in 1961. But there was Economy Hall, where Black organizations like Le Silence, Les Nouveau Amis Sincères, Les Frères de la Louisiane, Les Amis-Inséparable, Les Vrais-Amis, and L’Equite met to attain their citizenship rights, where freed composer Basile Barés played with former free man of color Victor McCarty at a fund raiser for suffrage. Economy Hall hosted the Philharmonic Society, Eagle Brass Band, and Louis Armstrong, who sang in a language that overcame violence and humiliation, even if for only a few moments.

New Orleans’ Black past was neutered to the image of a postcard of old men in white shirts playing music in a place called Preservation Hall.

Every spring since the 1970s, millions of people have sped their cars through my childhood neighborhood, avoiding a part of town with a dangerous reputation. They’ve passed the porch, where my father had dried the Economie journals before storing them for safekeeping, before entering the nearby Fairgrounds for the New Orleans Jazz and Heritage Festival. My father could hear the music from the front swing where he sat every night.

When I was young and my father brought home the Economie journals, I snuck into the living room where he stored them. I carried a flashlight and walked barefoot so as not to make noise. I opened the cabinet doors that he had stained red and I stood nearby as his assistant. I pulled out a book and ran my fingers over a page. I wished to decode the swirls of ink over the paper. I couldn’t then. Today, I know that the words were the proof of an unchronicled legacy. My father showed me the values contained in those books—joy in community, hope in humanity, resilience to escape or adapt, and, most of all, the practice of everyday courage. 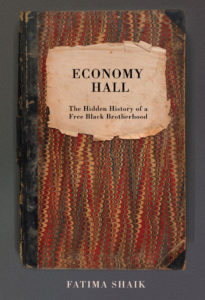 From Economy Hall: The Hidden History of a Free Black Brotherhood by Fatima Shaik. Used with the permission of Historic New Orleans Collections. Copyright © 2021 by Fatima Shaik.

Fatima Shaik, a former professor and journalist, is a trustee of PEN America and author of six previous short story collections and young adult novels. Economy Hall is her first nonfiction work. 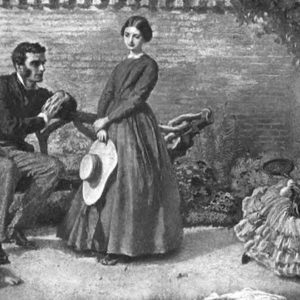 It was when a dead bat fell out of my ceiling that I thought I might really lose it. It lay, angular gray limbs curled, on the second...
© LitHub
Back to top
Loading Comments...