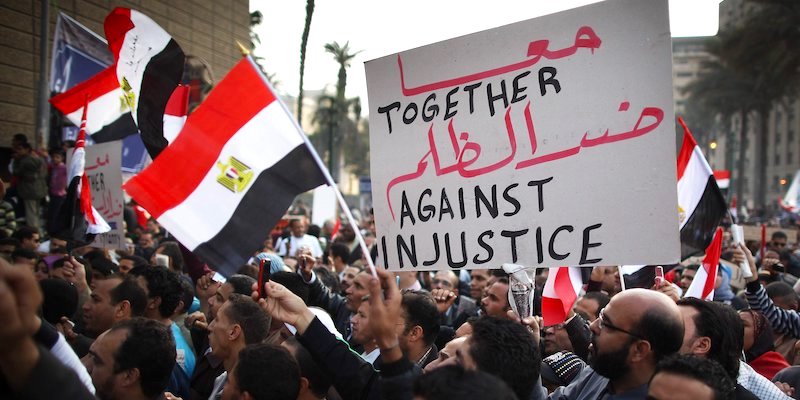 Layla AlAmmar Considers Literature That Seeks to Represent the Unrepresentable

We’ve all read pieces over the last couple of months commemorating the ten-year anniversary of the uprisings known as the Arab Spring. These articles are filled with sentences like, “the spark that ignited the flame of revolution” or “protests erupted in the square”—evocative phrases which you’d be forgiven for thinking of as metaphors when they are in fact quite literal.

At around 11:30 am on Dec. 17, 2010, Mohamed Bouazizi, 26, stood in the middle of traffic in front of the governor’s office in Sidi Bouzid, Tunisia, shouted, “How do you expect me to make a living?”, drenched himself in gasoline, and set himself on fire. His act followed years of harassment and extortion from authorities as well as the confiscation of his small produce cart—his only source of income and how he supported his family.

Systemic oppression, living at the mercy of corrupt institutions, and the denial of a basic right to dignity drove Bouazizi to this desperate end. By mid-January, the outrage and protests that followed his death led to the end of President Ben Ali’s 23-year rule. A wave of self-immolation followed, not just in Tunisia (where 107 persons attempted suicide in this way over the next six months) but also in Algeria and Egypt. Driven by the same grievances—high corruption, poor economic conditions, lack of freedom of expression, and political impotence—youth protests soon broke out in Algeria, Libya, Egypt, Yemen, Syria, and elsewhere. With hot bullets in the streets, cars set aflame, and Molotov cocktails hurled in town squares, many Fridays earned the nickname “Day of Rage.”

From the safety of Kuwait, I watched events unfold with a disquieting mixture of hope and trepidation: hope because it seemed this revolt transcended religion and sect, tribe and origin, liberal and conservative, to become something much more elemental. It was a call for an uncompromising dignity that extended to all areas of life—economic, social, political, intellectual. It was Bouazizi’s call.

My trepidation revolved around a question that circled my mind relentlessly. It was there as I scrolled through Twitter, there as I chatted with friends about the protests and watched the extraordinary pronouncements on television, there as I—employed at the time as a research analyst for a major investment firm—drafted reports on how events would affect oil prices and stock market performances and foreign investments across the region:

What comes after the revolution?

Driven by the same grievances—high corruption, poor economic conditions, lack of freedom of expression, and political impotence—youth protests soon broke out in Algeria, Libya, and elsewhere.

As a student of Arab literature (which is to say, a student of Arab history), I was afraid I already knew the answer. The literature—in English or Arabic or French, from Lebanon to Algeria—speaks of cycles, of recurrences, of revolutions. War and trauma. The personal and the political. A people inconsolable before history. The literature foretells that the Arab Spring would not be so simple as we (perhaps a little irrationally) had hoped. This is a literature that testifies to colonization and wars of independence, that warns against totalitarianism and sectarian divides, that bears witness to civil wars and occupations and everything in between. For more than a century we’ve been binding our pain to words, cloaking our fears in symbols and metaphors, inscribing our many varied traumas on a body of work that will outlast us all.

A haunting futility emerges when contemplating this literary archive. What purpose does it serve, beyond warning us of despair to come? It’s a despair we cannot prevent; like Benjamin’s Angel, we can do nothing but watch as the wreckage is heaped at our feet. Is that what literature is, the unbearable witnessing? The philosopher Jean-Francois Lyotard says, “There is no revolution to hope for from writing.” Dissecting the past is no guarantee that atrocities won’t be repeated, and in any case, works of fiction cannot reasonably be given over to such an impossible task.

Literature doesn’t change the world, and anyone who tells you otherwise just hasn’t read enough. Literature is a reflection, more often than not a dark reflection, of the world we live in and all the horrors we’re capable of inflicting on one another. It seeks to represent what cannot be represented, to give shape to formless chaos, light to a fathomless void. Such an undertaking brings with it a whole host of ethical quandaries when we’re talking about narratives of pain: Is it possible to “speak” of trauma? Does the very act of speaking negate the singular nature of trauma? Who gets to narrate pain, who owns it?

Literature is a reflection, more often than not a dark reflection, of the world we live in and all the horrors we’re capable of inflicting on one another.

If we believe Barthes (who believed Freud) then “trauma is a suspension of language, a blocking of meaning.” Then, when we commit pain to words, which by default compels others to find meaning in it, is that ultimately a horrible betrayal?

In 2017, I spent the summer in Edinburgh. Looking out my window, I saw people in the apartment complex across the courtyard. I saw them make tea and watch TV. I watched as they ironed clothes and chatted on the phone. I watched them type on laptops and cook their meals. While standing there one day, I was struck by a voice—one distinct from my own, commenting on the things we were seeing. I grabbed a pen and began scribbling down what she said. Eight thousand words later, the protagonist of Silence is a Sense—her story, her past, and her pain—was clear to me.

She’s a refugee who fled Syria when the Arab Spring uprisings there failed, who endured a treacherous journey through Europe, and who now resided in an unnamed English city plagued by rising Islamophobia. Traumatized into muteness by her experiences, she watches the people in the windows across the way. She watches them living their lives because it makes her feel more present and less alone. I felt compelled to tell this story. It was all I could do with the words that had been brewing in me for the better part of a decade as I watched the region I call home fall apart.

But I am a student of Adorno and Lyotard and Derrida, and I see in trauma a crisis of representation and in literature a kind of impossible mourning. These words we use are a representation, a signifier; they are not the thing itself, and in using them, we mustn’t forget that the thing itself exists in a material, consequential way. This was never clearer to me than when I was writing this novel.

I’m not a refugee. I don’t know what it’s like to be physically displaced, to be exiled from your homeland and scattered to the wind, to walk across a continent and not know where you’ll sleep at night. As I drafted this book, I read testimonials and reports and watched countless interviews and documentaries from all kinds of sources. I spent a beautiful Sunday in Hampstead Heath with Faraj, a young Syrian from Aleppo, listening to him speak of home and his journey to the UK. No matter what I read or heard, though, it was imperative to maintain a critical distance between feeling for someone and feeling as someone, even as I asked myself whether literature could be written from such a position. Writing demands empathy as much as observation: How can you awaken feelings in the reader if you haven’t stirred them in yourself? And yet, there’s a responsibility there, to resist slipping into the appropriation of someone else’s pain.

This was an enormous and constant struggle, as it should be. Along with my impulse to tell this story, I felt a need to do so in an ethical and respectful way. Like all authors (all good ones, anyway), I had to slide into my protagonist’s skin, take on her disposition, submerge myself in her memories and experiences. In doing so, my mind descended into dark spaces, caught up in details I had to imagine. How many times, and in how many ways, would a female refugee on her own be assaulted? What is it like to be fired on with tear gas after walking for hours to get to another border? How much would you come to loathe the very idea of borders?

What’s left when every kind of security is ripped away?

Particularly disturbing for me to contemplate was the question of how cold the back of a refrigerated truck could get. You can Google this easily enough, but what does 32 degrees feel like when you’re in a dark and cramped space for untold hours, battling others for oxygen? Where do you find the words for that? I couldn’t wrap my head around it. It was too claustrophobic. No matter how many testimonials I read, part of me resisted writing about it and wanted to tuck it away somewhere. I didn’t want to put her there, and I shied away from writing that scene for the longest time.

Why write that scene at all, though? Why not leave it unsaid? It’s a reasonable question. Lyotard tells us that there’s “a hatred of literature in the writer.” We hate it because we know that a representation, by its very nature, conceals. It gestures to its own limitations and falsehoods, and thus compels us to represent again and again. We write of the pain and bear witness to trauma that resurfaces and plagues us. We write knowing how futile it is. We write to keep alive a grief that refuses consolation. We write in anticipation of decades to come when new revolutions will spring into being in response to the very same injustices.

The literature is our unresolvable mourning, the site of all our melancholic observances. 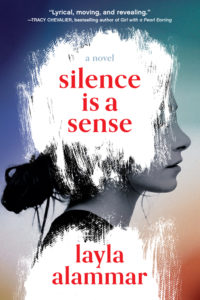 Silence Is a Sense by Layla Alammar is available now via Algonquin Books.

Layla AlAmmar is a writer and academic from Kuwait. She has a master's degree in creative writing from the University of Edinburgh. Her short stories have appeared in the Evening Standard, Quail Bell Magazine, the Red Letters St. Andrews Prose Journal, and Aesthetica Magazine, and she has written for The Guardian and ArabLit Quarterly. She was the 2018 British Council international writer in residence at the Small Wonder Short Story Festival and is currently pursuing a PhD on the intersection of Arab women's fiction and literary trauma theory. The Pact We Made is her first book. 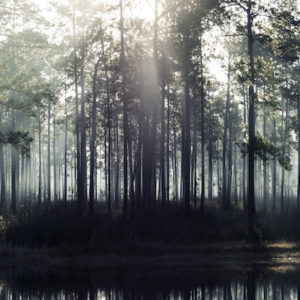 On the trip north from the coastal lands of Mississippi—with their beaches and creole-influenced culture—the landscape...
© LitHub
Back to top
Loading Comments...