Brandon Taylor on how Thomas Dworzak captured our long year on Zoom • These famous writers have very strong feelings about punctuation marks • Suzanne Coven talks to Leslie Jamison about writing and medicine • Alison Dean on trying to punch like Ernest Hemingway • Who was sci-fi iconoclast Izumi Suzuki? • Anna Sale on why it’s so hard to talk about money • Against leaving your options open • Gian Sardar on writing across cultures • Books that expand the tradition of the flâneur • Bethany Kaylor explores the feminist history of DIY manuals • How the pandemic has changed teaching high school English • Adam Mansbach on writing an honest elegy for his brother • The editors of Ugly Duckling Presse describe their eclecticism • Robert Frost’s thoughts on sports, real estate, and drinking • Julian Sancton recounts the Belgica expedition • How John Steinbeck’s diaries got Stacey Swann through her writing slump • Chiara Marletto looks beyond our traditional conception of physics • “I’d invested too much of my identity into what I thought a writing career should look like” • Charlotte Whittle on translating Norah Lange • Eddie S. Glaude Jr. rereads James Baldwin’s Nothing Personal • Laura Dave on process, writerly affirmations, and Bruce Springsteen • How Malcolm X inspired John Coltrane • In search of a living pterodactyl • Carol Smith on finding a lexicon beyond words after loss • “I had no idea that my life was in desperate need of a Swedish artist born in 1862” • How US newspapers became ubiquitous in the 1830s • Phoebe S.K. Young considers how companies brand The Great Outdoors (i.e. aggressively) • Eric Jerome Dickey’s agent of 25 years reflects on the writer’s legacy • Gail Reitano pays tribute to Kim Chernin

A new Andy Weir space adventure, a tale of feral motherhood, and a reissued classic by a groundbreaking Black author all feature among May’s Best Sci-Fi and Fantasy Books • The Little Prince, The Fire Next Time, Becoming, and more rapid-fire book recs from Officer Clemmons • “The women of Cusk’s novels long to feel free.” Lori Feathers on the novels of Rachel Cusk • New titles by Andy Weir, Alison Bechdel, and Olivia Laing all feature among the Best Reviewed Book of the Week

Ten crime novels you should read this May, from cozies to noir • Harlan Coben on his journey from tour guide to bestselling author, interviewed by Rick Pullen • Travel vicariously with Rhys Bowen’s favorite international series • Brian Klingborg on the search for China’s serial killers • Michelle Dunne on the Irish women reinventing the thriller • Clare Whitfield with a list of fictional murderers hiding in plain sight • L.R. Dorn on Chester Gillette, Theodore Dreiser, and America’s true crime fascination • The nominees for the 2021 Anthony Awards have been announced • The most common fight scene mistakes in fiction, according to author and Taekwondo instructor Melissa Koslin • Linwood Barclay on his life in books, interviewed by Otto Penzler 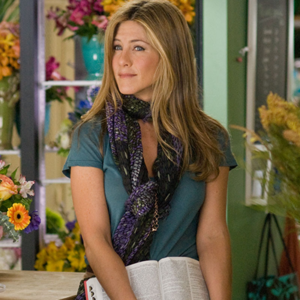 Let me tell you about a little film I watched the other night: a 2009 flick lost to the annals of history called Love Happens....
© LitHub
Back to top