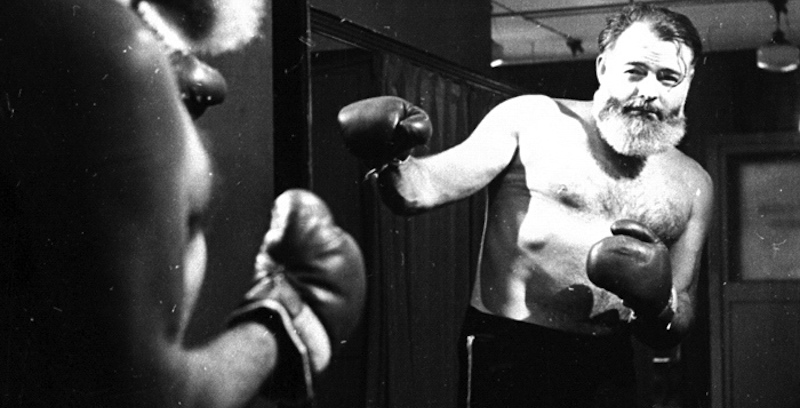 My Boxing is Everything: On Trying to Punch Like Ernest Hemingway

Alison Dean Explores What It Means to Write, Drink, and
Fight to Feel Alive

Writers love boxing. The list of authors fascinated with pugilism includes Joyce Carol Oates, Jonathan Swift, Alexander Pope, Lord Byron, Ezra Pound, Ernest Hemingway, and Norman Mailer. Many liken the process of writing a book to a boxer’s fight. The fight itself is just the tip of the iceberg, so to speak; maybe only 10 percent of the whole package is visible to others. To put it another way, imagine the sight of a duck gliding along the surface of a lake with apparent ease, and compare that to what’s hidden from view—legs paddling furiously beneath, just to keep afloat.

Author, MMA fighter, and combat sports journalist Josh Rosenblatt proposes a similar connection between writing and fighting, with an emphasis on solitude. “Fighters have their trainers and cornermen and opponents, and writers have their editors and publishers and subjects, but in the end both are out there on their own, wrestling with themselves every time. Ask any trainer and they’ll say a fighter’s greatest obstacle isn’t his opponent but his own”—now, I would be remiss if I didn’t interrupt to point out Rosenblatt is defaulting to the masculine for fighter here. Nevertheless—“The same is true for writers,” he says. “The terror of physical destruction and the terror of the blank page are the same thing.”

What most writers seem drawn to is the romance of it all; if they see themselves reflected back in the boxer, then no wonder they are inclined to see the boxer as a kind of heroic solitary genius, up there with the greats. The decor of boxing gyms invites this kind of self-aggrandizement, their walls papered with images of men turned into icons through titles, just like those famous authors on so many bookshelves.

One such icon is Ernest Hemingway, a writer known for his decisive prose and masculine bravado. And almost any amount of time spent delving into “Papa” also means hearing about his passion for pugilism. Hemingway was known to challenge visitors to spar with him and went as far as to build a boxing ring in his backyard in Key West, like a burly spider in its roped web. My friends Sam P. and Sam R. and I had a running joke about pretending to be Ernest Hemingway, putting on fisherman sweaters, drinking, and getting into fights. The scenario seemed ridiculous, of course, but I was also drawn to the idea of playing with this caricature of manly men. As we are unable to do anything halfway, our joke snowballed into Hemingweek, now an annual event.

Many liken the process of writing a book to a boxer’s fight. The fight itself is just the tip of the iceberg, so to speak.

For one week, the Sams and I, along with our friends, try to embody Papa Hemingway by writing, drinking, fighting, and generally seeking to feel alive. This is an exercise in Hemingway pastiche. Although our playful imitation feels faithful to the spirit of the man’s persona, there’s no way to do “Hemingway”—especially for those of us who identify as women, and feminists—other than ironically, or at least tongue in cheek. I poke fun at this brand of machismo while also trying the swagger on for size. There’s something about this approach to writing and fighting that seems both typical and alien to me. I want to better understand.

If we accept that you can write about punching… then is the inverse true? Can you punch about writing?

In preparation for the inaugural Hemingweek, I take a deep dive into his boxing stories, his photographs, and the self-driven mythology around his boxing. Ever the teacher, I compile and assign a day-by-day to-do list, style guide, and reading and writing curriculum for participants. (Hey, if you want a theme week to be successful, you have to put in the work.) This process of immersion and intellectual role playing is familiar to me, although it is typically less playful. A Modernist by training, I spent a long year of my life reading through the major texts of that period in preparation for my doctoral field exams, including more early-twentieth-century male authors than I had ever wanted to study. Throughout the process, I found the need to impose literary cleanses: weeks where I’d read only women, just to get those dudes and their ways of thinking out of my head.

The key here is that there is no room for complacency in Hemingweek. This is an engagement with a deeply gendered way of life, but one that we strip for parts. Challenge your boundaries, use your body, throw your weight around, be alive. We complete the daily reading, work on our creative writing assignments and share the results, and take on physical challenges, including daily quotas of push-ups, cold ocean dips, and exercises with instructions such as “Ask someone to punch you as hard as they can. Write about how it felt.” As a group of fight-friendly people, we are largely playing to our own strengths with these tasks. But no one makes it all the way through the week. The reading and writing requirements alone take time and discipline, and participants have varying levels of success keeping up while also balancing their own busy lives. But really it’s the drinking that proves unsustainable, and we are shadows of our former selves by mid-week. Hem always gets the last laugh.

As I have learned, however, taking cold-water swims, writing about punching, and attempting to poison my liver for a week doesn’t provide me with any revelatory insight into Hemingway’s boxing. I think we can all agree drinking and fighting are an ill-advised combo at best. Reading his writing about boxing doesn’t quite answer it all, either. Hemingway is an aficionado; he loves and romanticizes things like bullfighting, even if he can’t necessarily do them the way he sees them done. Who doesn’t romanticize the things they love, whether they’re particularly good at them or not?

Some element of this aficionado’s attitude was also likely true for Hemingway and fighting. What I have decided is that both the fighting and the writing say something important about the man and his brand of masculinity. They are about posturing, performing, and seeking. They show a hunger to make things clear, and clean, and simple in their brutality. The desire to own them. Writing about boxing is another way to box, albeit from outside the ring. It’s an opportunity to analyze and linger in the activity that you love. (I’m definitely projecting onto Hem at this point. But I’ve done my rounds dressed in fisherman sweaters and wool pants, so I must know. I’ve sat at a typewriter and bled. It’s my time to talk.)

Hemingway was known to challenge visitors to spar with him and went as far as to build a boxing ring in his backyard in Key West, like a burly spider in its roped web.

Before Hemingway could lure visitors into his home boxing ring, he was a man in his twenties who just wanted to fight. Famed heavyweight boxer Jack Dempsey was one of the many who apparently crossed paths with young Hemingway as he trained. Whereas Hemingway wrote passionately about boxing and his own prowess, others, like Dempsey, saw something else. “There were a lot of Americans in Paris and I sparred with a couple, just to be obliging,” the Champ said. “But there was one fellow I wouldn’t mix it with. That was Ernest Hemingway. He was about twenty-five or so and in good shape, and I was getting so I could read people, or anyway men, pretty well. I had this sense that Hemingway, who really thought he could box, would come out of the corner like a madman. To stop him, I would have to hurt him badly, I didn’t want to do that to Hemingway. That’s why I never sparred with him.” Hemingway’s frequent sparring partner and fellow writer Morley Callaghan offered another sobering account of his training partner, saying, “we were two amateur boxers. The difference between us was that [Hemingway] had given time and imagination to boxing; I had actually worked out a lot with good fast college boxers.” I have never seen Mr. Hemingway box, of course. But I will say this: the confidence of mediocre men is a fucking superpower. I have met many versions of this guy. Hell, I’ve sparred with the dude myself.

For Hemingway, the romance of the activity was as much about the idea as its actual execution. Diligent, regimented study and training is not the same thing as passion and enthusiasm, no matter how much even I would sometimes like it to be. Although Hemingway famously claims, ‘My writing is nothing. My boxing is everything,’ his devotion is to an idea as much as anything else. Maybe he couldn’t put his ego aside enough to study and train to perfect his technique. Maybe he wasn’t actually that skilled. Maybe he just really liked the simplicity of getting in there and fighting. (I sympathize!) But because he talked his boxing up so much and claimed it as such a big part of his identity, posterity is going to fault him for anything less than a skill set solid enough to hold up all of that swagger.

Sometimes talking or writing a big game can pass for being good. But, as they say, you can’t fake it in the ring. 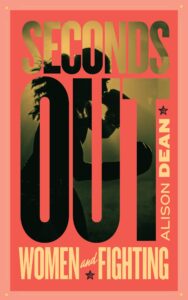 Excerpted from Seconds Out: Women and Fighting by Alison Dean, with permission of Coach House Books.

Alison Dean is a lecturer in English Literature and Histories of Photography. Alison has a PhD in English and is an alumna of the Cornell University School for Criticism & Theory and the Whitney Museum of Modern Art Independent Study Program. Her academic research focuses on the politics of portraiture and the portrait’s opposite—images of atrocity and torture. Alison currently trains and competes in kickboxing and boxing. She has a bad habit of dropping her left hand and her best punch is a straight right. 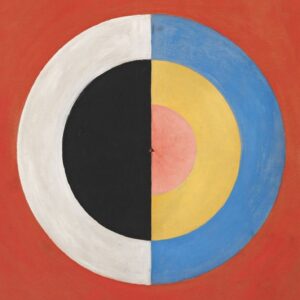 Featured image: “The Swan, No. 17,” by Hilma af Klint. Until recently, I had no idea that my life was in desperate need...
© LitHub
Back to top
Loading Comments...