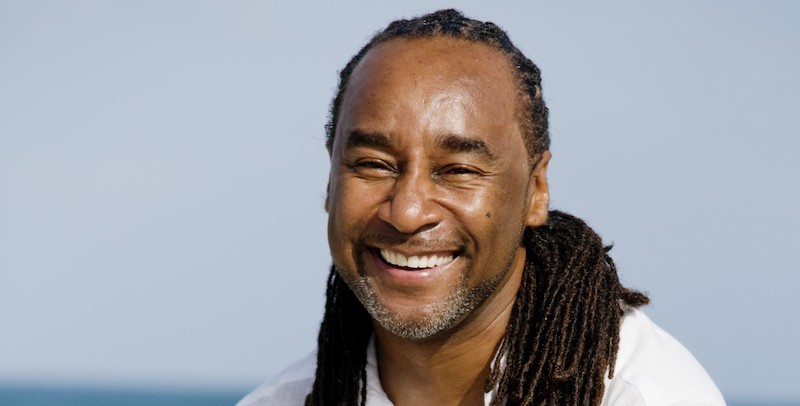 Eric Jerome Dickey, one of the greatest wordsmiths of the 21st century, passed away in January. His death was a great personal loss for me; I had been his agent for 25 years, longer than most people are married. For the last several years, we talked almost daily and many times more than once daily, though we only spent two days together in person—when we were both subpoenaed by the FBI to testify in a court case in upstate New York after a speaker’s bureau failed to pay numerous celebrities (including Eric) what they were owed. One of the people not paid was Andy Rooney who got the FBI involved. The in-person hugs and greetings had to last us a lifetime, as it turns out—he planned to visit me elsewhere, but other things always got in the way.

Regardless, we would still nurture our friendship and connection from afar as he transported me, through his writing, to a number of different locales. When he wanted to write about a particular place, he wasn’t satisfied to read about it or look at photographs on the Internet; he wanted to be there and experience it—eat the local food; listen to the conversations swirling around him; take in the smells and the ambiance of a place. His powers of observation were unbelievable; he had heightened them, early in his career, by filming people at the beach, at the park, and elsewhere, then going home and studying what he had filmed.

This gift allowed his readers, including me, to live vicariously through him. He was a world traveler and used his experiences in other countries to enrich his work, setting novels in London, Argentina, and Barbados. He went on book tours in London, France, and the Caribbean, where two popular songs were written about him. I hadn’t been to London for about 35 years when Eric sent his character Gideon there. Through his eyes, I saw how much London had changed since my last visit with the addition of security cameras on every street corner, and the now well know “London Eye”, a large observation wheel in the heart of the city. When Eric set another Gideon book in Buenos Aires, he spent several months there. At the time, my son was living there and helped find an apartment for Eric to rent; the two ended up spending a great deal of time together.

This focus on his immediate surroundings meant that other details fell by the wayside—he lost phones, passports, and other documents. I had to replace these things so many times that, finally, I added a copy of his birth certificate to the file I kept for my family. I knew never to take a trip myself when he was on tour, lest I need to step in to help solve an issue.

His death was a great personal loss for me; I had been his agent for 25 years, longer than most people are married.

Once, when getting ready for a tour out of the country, he couldn’t find his passport. After booking him a later flight, I called various lawmakers’ offices in California until I finally got a return call from Barbara Boxer’s office that helped us get a new passport in about 20 minutes. (That’s when I learned that most senators have someone in their office whose job is to deal with passports and similar lost documents.)

Another time on tour, someone on his publicity team was supposed to call Eric and give him the details of his morning flight. I got an early Saturday morning wake-up call. Eric was at the airport as directed but no one had ever called him with the needed information. He didn’t even know what airline he was flying on. He stood by the pay phone while I went to work. The flight was for an appearance at BET so I called there hoping against hope that someone was working that Saturday morning. A kind BET guard kept trying the numbers of people he thought might be there until I connected with one and the problem was solved.

Through the long trips, late and missed flights, people who didn’t show up to pick him up at the airport, and other tour-related dramas, Eric always maintained his aplomb. He was good at turning lemons into lemonade: when one of his speeches was cancelled after he had already arrived at his hotel due to a bad snowstorm on the East Coast, he hunkered down in that room and wrote  a winter scene for one of his books.

He loved nothing better than meeting people and often kept in touch with new friends for years afterward via social media; after his death, I heard from countless people who talked to him regularly online, so many that I don’t know how he could keep up with them on top of his prolific writing. Many of his fans felt a close connection to him; one of them even proposed to his sweetheart at one of Eric’s book signings. He made everyone he knew feel like they were his best friend.

He loved nothing better than meeting people and often kept in touch with new friends for years afterward via social media; after his death, I heard from countless people who talked to him regularly online.

At the same time, he was a sharp observer of human nature. One day, when we were discussing discrimination, I told him I thought that if all humans were blind, there would be no racism. He replied, “There will always be discrimination; it’s part of the make-up of man. If we were blind, it would be the squeaky voiced people vs. the baritones.”

Eric faced his final days with grace and dignity. He had so many more stories to write, but the happy message he included in his final book’s acknowledgements was, “Best. Career. Ever.” How wonderful to feel that way about your life’s work.

His last novel, The Son of Mr. Suleman, is perhaps his best one yet. The novel explores racism, colorism, mixed race identity, sexual assault, the historical legacy of enslavement and Jim Crow, and family relationships. It is an extraordinary and intense page-turner that only a visionary such as Eric Jerome Dickey could have penned.

I mourn not only the man, but the stories he never got to write. However, I have only to pick up one of his books and start reading to remember the person behind those stories and the joy he had creating the Dickey universe. 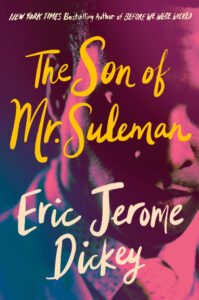 The Son of Mr. Suleman by Eric Jerome Dickey is available now via Dutton Books.

Sara Camilli has been a literary agent for 25 years and has an eclectic client list ranging from Eric Jerome Dickey who wrote contemporary African American novels to books in the medical field (Care After Covid out this week) to children's picture books (The Paletero Man, coming out in June from Harper). Prior to becoming a literary agent, she taught nursing at the University of Michigan and tot swimming at Northern Michigan University when her three boys were young. She lives in Pennsylvania with her husband and is the grandmother to 10 grandchildren. 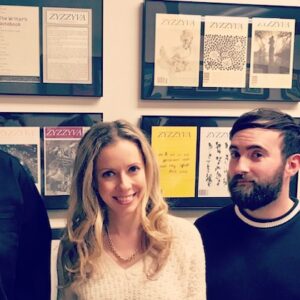 In this installment of Interview with a Journal, we sit down with Laura Cogan, Editor at ZYZZYVA. Founded in San Francisco...
© LitHub
Back to top
Loading Comments...