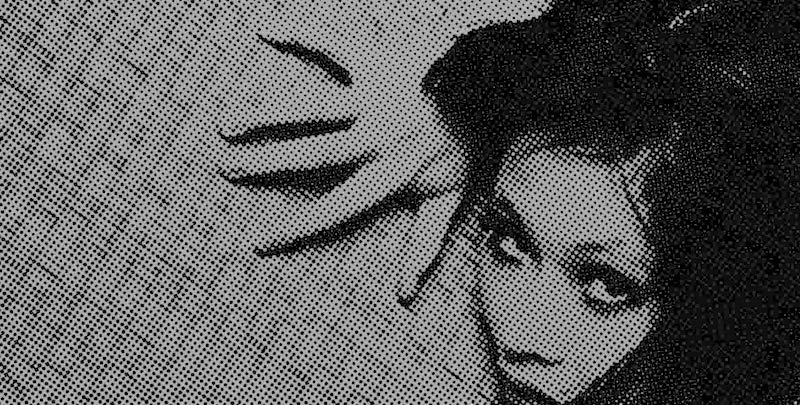 A Writer From the Future: Who Was Sci Fi Iconoclast Izumi Suzuki?

Here is what we know.

She was born in Japan in 1949. After graduating high school, she moved to Tokyo, where she worked as a bar hostess. She appeared in a few “pink films”—an arty subgenre of sexploitation cinema—directed by Kōji Wakamatsu, among others, and posed for the erotic art photographer Nobuyoshi Araki before devoting herself to writing full time. In 1973, she married the free jazz saxophonist Kaoru Abe, with whom she had a daughter; Abe died of a drug overdose in 1978, one year after their divorce. She was extremely productive in the years after his death, writing short stories, novels, and essays. She took her own life in 1986 at the age of 36.

This is, by and large, the sum total of biographical information readily available to English-language readers on the subject of Izumi Suzuki, a pioneering writer of science fiction whose first collection of stories to appear in English, Terminal Boredom, is available now from Verso. Perhaps unsurprisingly, there is much more information available in English about the male artists with whom she lived and worked; her own life tends to be talked about in relation to theirs, when it is talked about at all. With the publication of Terminal Boredom, English-language readers will be able to discover Suzuki in her own right. So who was she, anyway, and what of the work she left behind?

In one of the few academic articles in English to mention Suzuki, scholar Mari Kotani notes that she did not always think of herself as a science fiction writer. It just so happened that her breakout story, “The Witch’s Apprentice,” was accepted by SF Magazine, prompting her to continue writing for the outlet. Her turn to genre, then, was due (at least in part) to happenstance and necessity. If SF Magazine would pay her for her work, she would work for SF Magazine. That she was pregnant at the time she sold the story seems to herald a career in which gender and genre are closely entwined. According to of one of her translators, Daniel Joseph, science fiction “liberated her writing, providing a playground where she could deconstruct male-dominated Japanese society and her relation to it.” At the time, “the world of Japanese SF, like the literary establishment in general, was a literal boys’ club.” He relates an anecdote in which Suzuki “half-jokingly asks SF doyen Taku Mayamura if she might join the SF Writers’ Club,” which has thirty-odd members, all of them men. Mayamura’s response?

But Suzuki’s gender politics are complex, even ambivalent, and resist neat interpretations. Nowhere is this more apparent than in the first and perhaps best story in Terminal Boredom, “Women and Women.” It takes place in a world populated almost entirely by women, where the men that remain are kept in a Gender Exclusion Terminal Occupancy Zone (or “GETO” in Joseph’s clever translation.) In this apparent utopia, renewables have replaced pollutants and young children, like the narrator, Yūko, go on field trips to see plays about Sappho. But something is amiss. Pop culture depicting men is forbidden. Yūko’s mother has been detained by the state. Gender roles still exist, and they are as pernicious as ever: when it comes to couples, the more “masculine” woman goes to work while the more “feminine” woman keeps the house. At one point, Yūko wonders if, despite the apparent progress, the world has “taken a step backward.”

In Suzuki, where there is sex, there is exploitation; where there are drugs, addiction. Only rock and roll remains unscathed.

The story hinges on an encounter between Yūko and a boy, Hiro, who lives in hiding. After opening up to one another, and sharing a meal, Hiro grabs Yūko. “He pinned me down like we were wrestling. At first, I thought he was just messing around. But he wasn’t. Not in the slightest. Hiro wasn’t messing around at all.” And then: “I spent the rest of that day learning the unexpected, dreadful truth about human life. Learning it with my body.”

Suzuki’s ambivalent depiction of her matriarchal society is not, in and of itself, unusual. Kotani writes that unlike American science fiction, “Japanese women’s sf is not governed by a strictly political agenda. In fact, it is difficult or impossible to find Japanese science fiction that propagandizes for feminism.” What makes Suzuki so compelling is that her ambivalence extends in all directions. Her matriarchal society might be oppressive, but men are hardly let off the hook. They are “utterly unmanageable” creatures, “simple as can be,” even “dangerous”; Hiro’s behavior bears that out. And yet Yūko remains uncertain. The story ends with her thinking about “poor Hiro,” despite the “dreadful” thing they’ve done. Maybe she’ll join an underground resistance movement. Maybe not. She isn’t sure.

Suzuki sends up gender roles in “Night Picnic,” translated by Sam Bett, in which a family of aliens attempts to pass for human by studying their cultural detritus: a psychology textbook, a copy of Gone with the Wind. “I read the women’s magazines,” one of the aliens says, having shape-shifted from male to female. “I even know more about Sunday brunch than Mom. Girls are supposed to eat yogurt and fruit. Oh, and cheesecake.” Fantasies of shedding one gender identity for another—or shedding gender altogether—recur in Terminal Boredom. “I’m no man and I’m no woman,” a character states in “You May Dream,” translated by David Boyd. “I just want to get out of this place.”

Escape is another recurring theme. In “That Old Seaside Club,” translated by Helen O’Horan, which bears a striking resemblance to the Black Mirror episode “San Junipero,” a woman finds herself on a planet that resembles a beachside resort. It’s an idyllic setting, with perfect weather, where residents live lives of “absolute leisure.” While there, the woman falls in love with a handsome young half-human, half-alien named Naoshi. But when a string of bizarre events compels the woman to leave the planet, she wakes to discover that the resort planet is a simulation, a treatment program of sorts for drug addicts and alcoholics. In reality, she is still “a dejected housewife,” “impatient and frustrated, yet too limp and lethargic to do anything about it.” Her husband, Naoshi, is “shabby and unsightly, a goblin next to his past self.” Where escape is possible in Suzuki’s stories, it is inevitably followed by disappointment.

Other characters are well past mere disappointment. The protagonist of “You May Dream” describes herself as having “no firm beliefs, no hang-ups. Just a lack of self-confidence tangled up in fatalistic resignation.” The narrator of “Terminal Boredom,” also translated by Joseph, echoes these sentiments: “Whenever something serious happens, I just convince myself it’s no big deal. . . . nothing affects me.” She winds up killing someone just to feel something.

Depending on when a given scene takes place, Suzuki is portrayed as a dedicated artist, bohemian junkie, obsessive lover, devoted mother, and grieving wife.

Ambivalence, disappointment, resignation: Suzuki’s stories speak so eloquently to our burnt-out moment that it’s easy to forget the importance of her cultural context. (She’s been compared to Marge Piercy and Alice Sheldon, better known as James Tiptree Jr., but at times she reads more like Ottessa Moshfegh, if Ottessa Moshfegh wrote about dating aliens.) Suzuki was born in the same year as Haruki Murakami, and her work contains some of the pop-cultural hallmarks (jazz clubs, rock and roll records) that frequently appear in his fiction. But Suzuki presents a decidedly grittier take on the sixties, even when the stories take place in other times, on other planets. “Smoke Gets in Your Eyes,” translated by Aiko Masubuchi, “Forgotten,” translated by Polly Barton, and “Terminal Boredom” center on strung-out women badly burned by old flames. In Suzuki, where there is sex, there is exploitation; where there are drugs, addiction. Only rock and roll remains unscathed.

The dedicated reader unfazed by copyright infringement can find, in a far corner of the internet, an MKV file of Endless Waltz (1995), a stylish and affecting Wakamatsu film about Suzuki and Kaoru Abe’s amour fou, with English subtitles. Endless Waltz provides a rare glimpse of her personal life—or, more accurately, her life as imagined by Wakamatsu and Mayumi Inaba, who wrote the novel on which the film is based. (In 1992, Abe and Suzuki’s daughter, then 16 years old, sued Inaba for invasion of privacy.)

Wakamatsu’s depiction of Abe (portrayed by punk singer-turned-author Kō Machida) is a portrait of the artist as a young egomaniac. Abe is talented, obstinate, and manipulative. He belittles Suzuki, then begs for her forgiveness, then throws away one of her manuscripts. “You write for pathetic magazines,” he snaps, “thinking yourself an author!” But Suzuki (Leona Hirota) won’t hear it. She tells him that someone has to make money so that he can “play the sax in pathetic clubs.” Here, again, genre and gender collide. His work is art. Hers pays the bills. “If it’s going to buy my manuscript,” she says, “long live consumer society!” He hits her. She hits back.

Depending on when a given scene takes place—the film waltzes back and forth through time—Suzuki is portrayed as a dedicated artist, bohemian junkie, obsessive lover, devoted mother, and grieving wife. She is a victim, and perpetrator, of physical and verbal abuse. In short, she’s an infinitely complex character, much more so than Abe, who more readily conforms to the archetype of the tortured genius.

There’s a telling moment, late in the film, when Abe, now divorced from Suzuki, encounters one of her books in a store. It causes him to reflect on the days when they were married, and one afternoon in particular, when he watched, from the bedroom, as Suzuki wrote. (The film features many scenes of Abe playing sax; this is a rare glimpse of Suzuki at work.) She’s wearing glasses. A cigarette hangs from her lips. She is hunched over her notebook, completely unaware that she is being watched. The sadness in Abe’s eyes suggests that he is realizing, perhaps for the first time, that there is a part of her—that is, her imagination—that will never be knowable to him. It is precisely that part of her that survives.

Andrew Ridker was born in 1991. His writing has appeared in The New York Times Magazine, The Paris Review Daily, Guernica, Boston Review, The Believer, and St. Louis Magazine; and he is the editor of Privacy Policy: The Anthology of Surveillance Poetics. He is the recipient of an Iowa Arts Fellowship from the Iowa Writers’ Workshop. The Altruists is his first novel.

The Alluring, Barrier-Ridden Promise of the Great Outdoors 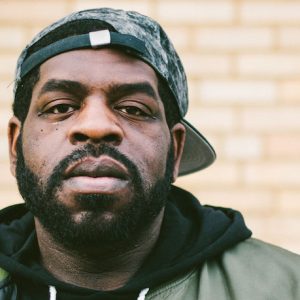 On today's episode of The Literary Life, Mitchell Kaplan talks to Hanif Abdurraqib about his new book, A Little Devil in America,...
© LitHub
Back to top