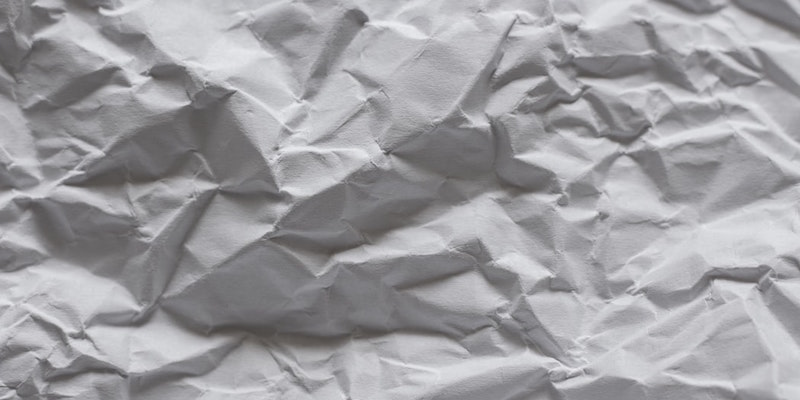 All in the Timing: On Publishing a Novel Nine Years After Giving Up on It

This May, my first novel, Right Back Where We Started From, will be published nine years after I gave up and put it in a drawer. It’s not that I didn’t believe in the book, which I’d labored on for much of the aughts. While writing, I poured my fear of failure into the novel, as well as questions about success: Why does American ambition, which turns so many people into workaholics, seem both poisonous and attractive to me? Where does my constant urge to work come from? Every day I struggled with discouragement, yet I put off life events, like having a child, to write a book. I put off spending time with friends. I set aside other creative projects and spent years looking at the same story from every angle. By the time I finished the book in 2012, the emotional investment was deep.

I soon signed with an agent, who started sending the novel to publishers. Early rejections were positive. Editors complimented the juiciness of the story, about a woman named Sandi, now named Sandra, whose quest for success and riches keeps getting interrupted by pesky family secrets. (“It was easy to turn the pages,” said one editor. “This has the makings of natural book club fodder,” said another.) The problem, though, was the presence of three complicated women characters: Sandi, who’s obsessed with fame; her mother Mabel, an elitist who lies about the past; and her grandmother Vira, a hardened pioneer who crossed the country for the California Gold Rush.

Publishers fretted over whether the women were “relatable.” In 2012, female characters were allowed to be unlikable, but maybe not so many at once. And maybe they shouldn’t actually have unpleasant attributes, like snobbery or crass narcissism. I began to suspect that if I’d just instilled some rom-com traits into my characters—she’s clumsy! Hot, but wears glasses!—I’d be sitting on a major book deal. Still, I was optimistic the right person would respond to the book.

Then two things happened that changed everything. One was Hurricane Sandy, which hit New York City in November, causing massive losses and $19 billion in damages. A month later, Sandy Hook Elementary School shooting, one of the worst mass murders in US history, happened. Two horrific tragedies in a row with the same name as my protagonist, Sandi.

While it felt like I could continue advocating for my book, by then I was exhausted. I just wanted to move on.

Obviously, the fate of my novel is trivial compared to these events. But the coincidence did seem to affect my book. Before, editors were uncertain about the characters’ bad behavior; now, they found the novel depressing. Comments turned dramatically from positive to negative. One person even went so far as to call the story nihilistic. (It’s not.)

Then a third thing happened: my agent quit the publishing industry to go back to grad school, leaving my book stranded in inboxes all over New York. I tried to get another agent, but the mid-submission problem made it awkward for someone else to take over. While it felt like I could continue advocating for my book, by then I was exhausted. I just wanted to move on.

This wasn’t unusual. Books fail for many reasons that have nothing to do with the author. Often, promoting an opus like The Grapes of Wrath by John Steinbeck means ignoring a novel like Whose Names Are Unknown by Sanora Babb. Both Steinbeck and Babb wrote about the California migrant crisis during the Dust Bowl, producing two excellent books with different takes on the subject. Babb’s approach was character-driven and spare, while Steinbeck had a sweeping, allegorical view of the crisis. Babb was just as qualified as Steinbeck to write about the topic—some would argue more, since she was from Oklahoma, had seen dust storms, and, like many so-called Okies, experienced homelessness when she arrived in Los Angeles in 1929. She also did extensive research, assisting Tom Collins at the Farm Security Administration in setting up camps for workers. Starting in 1938, she followed the migrants from crop to crop, taking detailed notes on their experiences and interviewing more of them than Steinbeck. In fact, Collins later gave Steinbeck her notes to use as background for The Grapes of Wrath. (Steinbeck, who only met Babb once, was likely unaware of her book.)

In 1939, Babb sent chapters of her novel, Whose Names Are Unknown, to Random House, which offered her a book deal. While she was working on the novel, news of The Grapes of Wrath came out, and the publisher canceled her contract. “Obviously, another book at this time about exactly the same subject would be a sad anticlimax!” he wrote. It’s easy to imagine how devastating that must have been for Babb—not only because her novel was shelved, but because her voice was so thoroughly dismissed as irrelevant and unwanted. It took her almost 20 years to publish another book.

After my novel failed, I began untangling my ideas of being a writer from the actual construction of sentences. My main problem, it seemed, was that I’d invested too much of my identity into what I thought a writing career should look like. The publishing industry often sends messages that accomplished writers start young. The “best new novelists” are under 35, or sometimes 40, according to prominent awards and publications like the National Book Award’s 5 Under 35, the Young Lions Fiction Award (under 35), the PEN/FUSION Emerging Writers Prize (under 35), The Bard Fiction Prize (under 40), and Granta’s Best of Young American Novelists (under 40). It’s embarrassing how much I judged myself by arbitrary numbers that reinforced the idea that as a woman, I had an expiration date in relevancy and importance tied to my youth. Some things may have changed since Sanora Babb’s time, but not enough.

Since I couldn’t control the publishing industry, I decided to concentrate on what I could, which was writing itself. This meant focusing on the quality of my work and how often I submitted it. Soon, my sense of accomplishment shifted toward goals I could actually complete (editing a draft, pitching a magazine) instead of ones I couldn’t (publishing a book to great acclaim before age 30).

My main problem, it seemed, was that I’d invested too much of my identity into what I thought a writing career should look like.

This change made all the difference. My gaze returned to where it should have been all along, on the practice of writing as an art form. This, in turn, made me a better writer. In the six years after I shelved my novel, I started winning awards and breaking into national publications. I wrote two books on top of working full-time as a journalist and becoming a mom. I still liked my first book, even though I thought it would never be published. As I’d finished a young adult novel, I started a new literary agent search.

Then one day in 2018, Susan Velazquez from Jabberwocky Literary Agency emailed me. She wanted to know if Right Back Where We Started From was still available. Since I hadn’t done anything with the novel for years, I asked how she even knew about it.

It turned out that back in 2012, Susan was an intern at a literary agency where I submitted the novel and recommended the agent take me on as a client. When that person passed, she kept my query letter with the intention to seek me out when she was ready to start her own list.

So someone had loved my book back when I was sending it out. Not only that, she understood it. Soon after I signed with her, Susan sold the novel to Blackstone Publishing.

There’s bad timing, but there’s good timing, too. On the surface, this is a much better era for Right Back Where We Started From. Complicated female characters are more popular now. TV shows are full of women doing bad things—lying, cheating, being selfish or manipulative or greedy. Sandra fits right in. And after four years of political unrest, Americans are more willing to examine themes of greed than they were in 2012.

While I’m delighted that the novel is coming out, it also feels strange. I had moved on so completely that I didn’t realize it felt like something was left dangling unfinished in my history. Now, there’s a sense of completion. I wonder if Sanora Babb experienced a similar sensation. In 2004, her book, Whose Names Are Unknown, was finally published 65 years after she wrote it. At 97 years old, she told The Chicago Tribune that she was thrilled the novel was coming out.

“This is the most meaningful book I’ve written,” she said. “It was a story I had to write.”

In the end, maybe that’s the only hope for longevity as a writer: tell the story you have to write. The rest, whether good or bad, is out of your control. 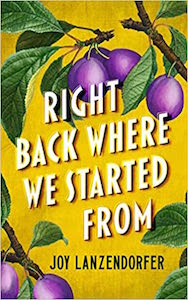 Joy Lanzendorfer’s Right Back Where We Started From is available now via Blackstone Publishing. 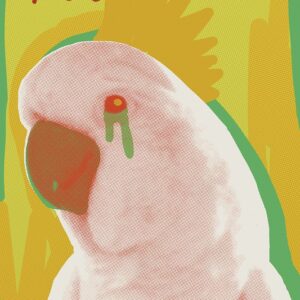