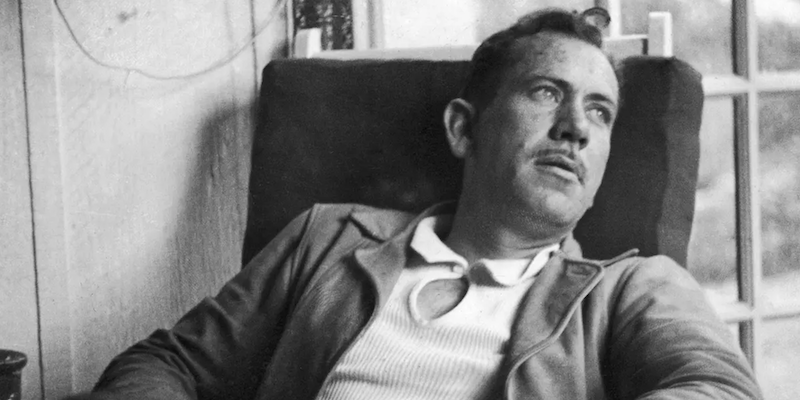 Stacey Swann on Showing Up to Your Work No Matter What

When my novel Olympus, Texas finally hits shelves, it will have been fifteen years in the making. The first draft alone took me eight years, and during those eight years, I spent more time avoiding writing than actually writing. Right after I finally finished the first draft, I read a Brain Pickings article by Maria Popova about the journal John Steinbeck kept while writing The Grapes of Wrath. Published, per his instructions, after his death, Working Days became, for the next year, my constant companion.

As may be obvious from my eight-year first draft, I’ve always dealt with a fair amount of resistance to writing despite also having a simultaneous huge desire to write. Since my twenties, I’ve used a modified version of Julia Cameron’s “morning pages.” I often begin a writing session by generating several pages of stream of consciousness junk to clear out my brain. The thought of sitting down to work on my novel draft would sound awful, but the thought of sitting down to do morning pages would trigger almost no resistance, and by doing them, the resistance to novel writing would fade away too. I could get down to the actual work without feeling like I was being slowly crushed to death by a giant boulder.

The Steinbeck article came at the perfect time. I was about to start my first revision pass, and I could create a new version of morning pages to mark that event. I’d sit down with my journal, lay out what work I planned to do that day or what issues I was wrestling with in revision, then I would read a single entry of Working Days and copy down the phrases that most spoke to me and respond to them. Steinbeck typically wrote his entries immediately before commencing work for the day, so it felt like having a partner in my novel writing, even if he was a dead one.

Why did the journal entries speak to me so deeply? There was, of course, the sustaining habit of them. Popova beautifully describes the diary here: “It stands, above all, as a supreme testament to the fact that the sole substance of genius is the daily act of showing up.” But mostly I loved the entries because of how incredibly neurotic John Steinbeck was. All the writerly self-doubt, the whiny pessimism and overwrought fears that my brain served up to me daily were there, preserved in print, to make me feel less alone. If Steinbeck felt that way while writing a novel that would pave his way to the Nobel Prize, then perhaps I didn’t have to take my own doubts quite so seriously.

If you’re wondering if I am exaggerating about his neuroses, I give you this, from his very first journal entry: “I don’t know whether I could write a decent book now [. . .] Something is poisoned in me. You pages—ten of you—are the dribble cup—you are the cloth to wipe up the vomit. Maybe I can get these fears and disgusts on you and then burn you up. Then maybe I won’t be so haunted.”

Why did the journal entries speak to me so deeply? There was, of course, the sustaining habit of them.

For months, I made real progress on the revision buoyed by my daily Steinbeck habit. Here are some examples of my conversations with JS.

May 13, 2015: “Just now the work goes well.” Yes it does, JS. Also “I want this one to be leisurely though.” Seven months, he says, but maybe five. Steinbeck and I have very different definitions of leisurely.

June 8, 2015: “I am assailed with my own ignorance and inability. I’ll just have to work from a background of these.” And also, “For no one knows my lack of ability the way I do. I am pushing against it all the time.” Yep, yep. And now, to work.

July 12, 2015: “Only a quarter page. Rodeo blues and weakness.” Love it. This whole entry is awesome. “Problems pile up so that this book moves like a Tide Pool snail with a shell and barnacles on its back.”

As I moved toward the end of 2015, my entries became less frequent, my stretches of time between picking up Working Days grew longer. This was partially because the work was going well. I didn’t need to journal first in order to start. But I also think it was partly due to Carol, John Steinbeck’s wife. There are many references to Carol in Working Days, so much so that she seems essential to the creation of The Grapes of Wrath. (She even came up with its title). Early on, I wrote this in my own entry: “If only I had my own Carol. Maybe I should revamp my dating profile into a request for Carol Steinbeck.”

So, imagine my disappointment in finding a photo in the center of Working Days of Gwyn Conger, Steinbeck’s second wife. It sent me reading ahead, to Editor Robert DeMott’s notes on later entries: “Steinbeck writes here as though Carol were looking over his shoulder and might at any moment discover the secret of his love affair with a twenty-year-old singer named Gwyndolyn Conger.” That, combined with an anecdote I encountered online from Conger’s memoir (Steinbeck sat the two women down together and said: “Whichever of you ladies needs me the most and wants me the most, then that’s the woman I’m going to have.”) had the sad effect of cooling my friendship with JS. I had been drawn to Steinbeck’s ruthlessly honest detailing of his emotions, and nothing felt the same when I knew that honesty had severe limitations. And, added to that, my novel was largely about the fallout from infidelity. Steinbeck’s weaknesses reminded me a little too much of one of my own characters.

If Steinbeck felt that way while writing a novel that would pave his way to the Nobel Prize, then perhaps I didn’t have to take my own doubts quite so seriously.

In the end, there was no real harm done, as by then I was on my way. In the silence between my sporadic entries, I finish my second draft, got feedback from my writing group, and launched into my third. I even manage to maintain a daily writing streak that lasted more than a year. I never fully gave up on my ritual, and Steinbeck was always there when I needed him, even after I had sold my novel to Doubleday and was working with my editor on revisions. I had made it through all of the entries that covered his writing of The Grapes of Wrath, but I never quite got to the end of Working Days.

My last entry is from July 2020, when I was finishing up final revisions before the final copyedit. My editor had requested a new last line of the last paragraph, and I need some help. I wrote, “What say you, JS? Grouchy, worried, philandering oracle.” I copied down his line “The wolves of the reformers are on me, and I think they are ego islands.” It was a fun line but not very helpful. I wrote, “Nothing speaking to my current moment, but that’s okay.” It was enough that he was there, still complaining. I went back to work, and the work itself gave me my final lines. I could almost hear Steinbeck say, “That’s what I’ve been telling you this whole time.” 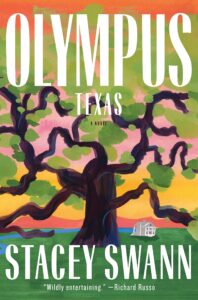 Stacey Swann holds an M.F.A. from Texas State University and was a Stegner Fellow at Stanford University. Her fiction has appeared in Epoch, Memorious, Versal, and other journals, and she is a contributing editor of American Short Fiction. She is a native Texan. 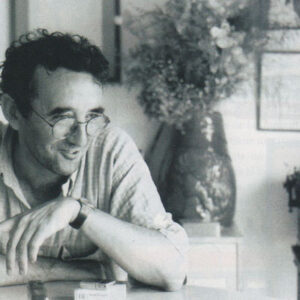 On the first page of notes I took for what would become my first novel, A Lonely Man, I wrote two names in the margin. One was Patrick...
© LitHub
Back to top
Loading Comments...