TODAY: In 1858, Swedish author Selma Lagerlöf, the first woman to win the Nobel Prize in Literature, which was awarded in 1909, is born.

On Elizabeth Hardwick’s “starving artist” years • What Philip Larkin can teach us about finding our “poetic voice” • How did Dostoevsky become Dostoevsky under the rule of Czar Nicholas? • Finding a new spark of creativity with Liana Finck • A close reading of a QAnon cultist’s conspiracy manifesto • Behind-the-scenes photographs of Spike Lee’s School Daze • Masha Rumer on the history, myths, and benefits of bilingualism • Five Asian diasporic writers on the possibilities of flash fiction • How Lincoln broke the constitutional compact in order to save it • Tyler Barton muses on putting together a story collection • On Gus Van Sant’s controversial post-Columbine film • Is it possible to write about women lost to history without using them for our own ends? • Behind that iconic image of Elvis and B.B. King • How literary portrayals of farming have evolved in the shadow of climate change •  Anton Hur on the joy of translating Sang Young Park • How Picasso built the foundation for the Surrealist movement • On Wole Soyinka’s 1975 play, Death and the King’s Horseman • When Philhellenism was in vogue • Ethan Joella on growing up with Browseabout Books • James Holland on the challenges of fighting inside a tank • Finding folklore in the Laguna de Doña Juana • Gayle Jessup White on tracing her family history back to Monticello • An archeologist looks to the history and science of societal collapse • How Christian leaders framed the Crusades as an act of love • Charles Finch chronicles the early days of the pandemic • Meeting Willem de Kooning in his paint-splashed New York loft • Roosevelt Montás reflects on first encountering Saint Augustine’s Confessions • Priya Fielding-Singh investigates dietary acculturation in immigrant households • Ross Frylinck relives an encounter with a great white shark • Gary Shteyngart’s tried-and-true method for writing a novel fast! • Charles Booth on borrowing that costume from Bram Stoker’s Dracula • Bobby Duffy on what it means to have happiness as a goal 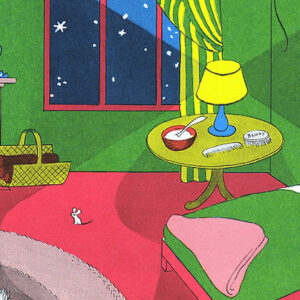