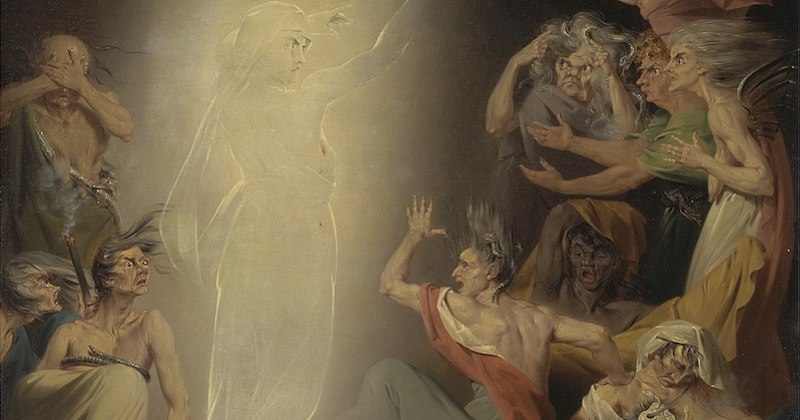 Unless you are a queen, or possibly a duchess, there won’t be much known about you if you died more than 200 years ago. Some noblewomen appear in portraits, bristling with the family jewels, but it’s unlikely you’ll find an accurate birthdate. Poor women rarely make it into historical record at all. Those who do, (because they have intrigued male writers), are so obscured by stereotype that it’s hard to make them out. This is not a new complaint.

Virginia Woolf was born the year her father was made editor of the Oxford Dictionary of National Biography, in 1882. She strongly questioned his terms for inclusion that left so many women out. “It’s the inconvenient truth,” says historian, author, and broadcaster Dr. Bettany Hughes, “that women have always been 50 percent of the population, but only occupy around 0.5 percent of recorded history.” Given this paucity, is it possible to write with authenticity about women of the past? Are we really giving them a voice or using them, as they have so often been used before, for our own ends?

“Novels arise out of the shortcomings of history,” writes Novalis although most historical novels set before the 20th century still take men or royal women as their central protagonists, thus replicating those shortcomings. There are a few notable exceptions, such as Circe by Madeline Miller, but thinking of my own favorites by Rose Tremain, Hilary Mantel, Penelope Fitzgerald, and Andrew Miller, their main characters are men. Is it that we believe women, unless crowned, lacked agency to such an extent that it would be unconvincing to have them move events forward in fiction? Is it not terrifying that centuries of female experience have been considered too uninteresting, trivial, domestic or submissive, to sustain 80,000 words?

“It was not the first time I’d been frustrated by a woman’s portrayal,” writes Madeline Miller about Homer’s version of Circe in a previous article for Lit Hub. “I’d long been familiar with two major types: the tragic victims (Eurydice, Iphigenia, Cassandra), and the bloody villains (Medea, Clytemnestra). There was also a third type, which encompassed nearly all the other female characters I encountered: those who barely registered. They were there only as plot points: to be kidnapped, chased, married, or raped, to inspire the hero or to conveniently help him, or, most often, to give birth to him. Then they would vanish from the story.” Scroll forward 2000 years and what has changed?

A Net for Small Fishes is about two women, Anne Turner and Frances Howard, who suffered extreme stereotyping both in life and the four centuries since their deaths. I wanted to bring authenticity and complexity back into their stories. As I began eight years of research for the book, I was greedy to understand this “Thelma and Louise of the 17th century.” They sparked the greatest scandal of the Jacobean era. Frances Howard, Countess of Essex, was accused along with her friend Mistress Anne Turner, of murdering Sir Thomas Overbury while he was imprisoned in the Tower of London. Overbury was the secretary, and probably lover, of Sir Robert Carr, the King’s favorite. Why, I wanted to know, would Frankie (as her family called her and so do I), a member of the most powerful family at court, imperil her life and the honor of her family to kill a man? Why would Anne Turner, mother of six, risk her neck and the survival of her children, to help her?

It was not a surprise to me that the writers of the 17th century, steeped in the misogyny and religious bigotry of the time, dismissed their motives as “lust and vanity.” But I was astonished that the women’s actions had not been more closely examined in the ensuing centuries. They have remained icons of female villainy—irrational, malicious, highly-sexed, and vain—for every era. Only one author questioned their guilty verdict, although their trial would be considered a gross miscarriage of justice today. That account, by a Professor of English and not of History, David Lindley, is alone in examining the cultural attitudes that determined the perception of these women as deviant. Unbelievably all but Lindley, historian and novelist alike, focus on the men in the story: King James VI and I, his favorites and Overbury. How rare to find women in the historical record; how much rarer to find evidence of a friendship between two women which inspires them to take control of their lives. Yet still the attention was on the men.

Is it not terrifying that centuries of female experience have been considered too uninteresting, trivial, domestic or submissive, to sustain 80,000 words?

Penelope Fitzgerald, whose novel The Blue Flower takes the previously quoted Novalis as her protagonist, makes a very good point about the similarity between historians and novelists. We both take facts (dates, the cost of bread, the color of ruffs) and weave those threads into narratives. Historians are storytellers too, possessed of interests and biases as we all are. “A birth certificate is not a birth,” says Hilary Mantel; it’s the interpretation of that birth that both the historian and the novelist need to do. And that gave me hope.

To find something that felt authentic about the female experience, unmediated by the judgments and expectations of the time and since, I had to go sideways in my research. There might be a paucity of information about specific women of past centuries, and much of that hidden under layers of gossip and prejudice; but there is rich, multi-layered detail about the world in which they moved. I had to establish the boundaries that contained Anne and Frankie, the physical, emotional, philosophical, and spiritual nets they attempted to escape. By choosing Anne Turner to be my main protagonist, I sought to put flesh on the experience of non-noble women.

Turner was the wife, later widow, of a Court doctor of the “middling sort.” Not poor exactly, but deeply indebted and never far from destitution. Where could she go? What was forbidden? This is where contemporary historians really helped. Their meticulous and fascinating research took me right into the London of 1610. Thanks to them I could walk the streets, watch exotic fineries offloaded from the boats of the nascent East India Company, know the opening hours of a new shopping mall on the Strand and its the rules for urination on the upper level (don’t, it leaks into the shops below) and apprentices (forbidden to break windows or shoot dogs). There was even an article about Irish mantles and yellow starch, the latter made fashionable at Court by Anne Turner, and the rebelliousness embodied in them. Information and facts were there, they just hadn’t been used to reinterpret these extraordinary women. It was in intricate detail that I found the women painted out of the big historical landscapes.

The history of experience, not just of power, gives every occupant of the past, whatever their color, class, gender, or age, equal call on our curiosity. My background is archaeology and art history, so I have long searched for meaning beneath surfaces. I am also fascinated by domesticity, so rarely the focus of historical inquiry even though every Great Leader has a formative upbringing in some sort of home. I remember the moment I first saw Vermeer’s painting The Little Street. I longed to walk through that open door, past the woman sewing in the doorway to catch the light and the children playing under the bench. This was daily life without kings, warriors or politicians, and it thrilled me. I have tried to capture that feeling.

Because these things matter. How we think of ourselves, our cultural consciousness is affected, even determined, by what we know and are taught of our past. When we can understand how society judged women in the past, we can see how those forces still operate today. If women are written out, century after century, what message does that give the generations that follow? 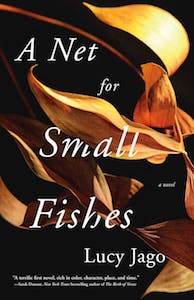 A Net for Small Fishes is available from Flatiron Books. Copyright © 2021 by Lucy Jago.

Lucy Jago is an award-winning writer of fiction and non-fiction and Fellow of the Royal Literary Fund. Her first book, The Northern Lights, won the National Biography prize and has been translated into eight languages. She was awarded a Double First Class Honours Degree from King's College, University of Cambridge, and a master's degree from the Courtauld Institute, London. 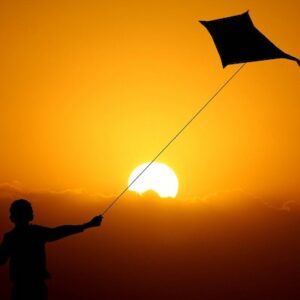 They're always talking about being up a creek without a paddle, as if a paddle were the only thing you could be up a creek...
© LitHub
Back to top
Loading Comments...