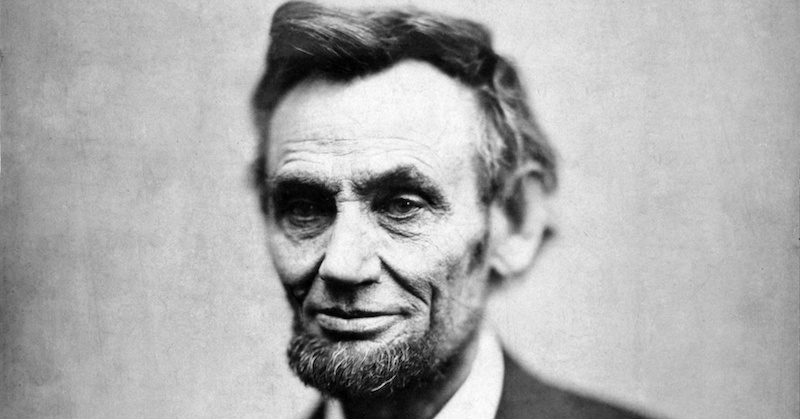 Via Farrar, Strauss and Giroux

Lincoln’s Dictatorship: How the President Broke the Constitutional Compact in Order to Save It

Noah Feldman on the Rupture That Predated the Emancipation Proclamation

Poised to sign the Emancipation Proclamation, Abraham Lincoln found he could not write his name. He told the breathless witnesses—his private secretary John Nicolay, Secretary of State William Seward, and Seward’s son Frederick—that the reason was not any uncertainty on his part. He had been shaking hands for three hours that day and his hand was simply tired. His “whole soul” was in the decision to emancipate, Lincoln insisted. He was pausing only to avoid a “tremulous signature” because “If my hand trembles when I sign the Proclamation, all who examine the document hereafter will say, ‘He hesitated.’”

This story has become part of our Lincoln hagiography. It is invariably told to emphasize that the Great Emancipator had no ambivalence about his historic act. Lincoln’s reassurance of his colleagues is meant to reassure the listener of the president’s certainty. He acted decisively to create a new moral order, righting the wrong of slavery and ushering in a new era that would eventually be grounded in equal rights and citizenship for all.

Yet Lincoln’s explanation of why his hand was trembling and his insistence on his single-minded confidence also suggest a need to reassure himself about contradicting the considered position he had held about slavery for the entire thirty years of his public life. Until that juncture in the war, Lincoln had always said publicly and believed privately that the federal government had no constitutional power to end slavery, as troubling as that institution might have been to him. If Congress, the lawmaking branch, lacked the authority to emancipate the slaves, then the president acting on his own certainly had no such capacity.

Lincoln’s act of emancipating enslaved people held in the rebellious Confederacy marked the culmination of an extraordinary transformation in his beliefs about the meaning of the Constitution. He still purported to believe that slaves were private property, and that private property was protected by constitutional guarantee. Now, however, he had allowed himself to develop an additional belief: as commander in chief, he had the legal power to order the otherwise unconstitutional taking of the property of the citizens of states prosecuting the war of rebellion.

Lincoln’s act of emancipating enslaved people held in the rebellious Confederacy marked the culmination of an extraordinary transformation in his beliefs about the meaning of the Constitution.

In his first inaugural address, Lincoln had told the public that he was prepared to acknowledge the legal legitimacy of slavery if it would hold together the union. Slavery, according to this view, was enshrined in the Constitution. Indeed, as he saw it, the preservation of slavery was the condition for the creation and maintenance of the union. Union came first; freedom for African Americans a distant second. Emancipation represented a total reversal of this hierarchy of values. No wonder Lincoln’s hand trembled. By signing, he was subverting the very Constitution that was supposed to provide the reason for going to war in the first place.

In doing so, we know, Lincoln was transforming the meaning of the Civil War itself. What had begun as a war justified in the name of union now became a war to end slavery. But simultaneously, and just as important, Lincoln was also re-forming the basic character of the Constitution.

Today we conceive of the Constitution as a moral compact—a higher law that embodies an ideal form of government. Yet the original Constitution was not a moral ideal. It was a compromise that preserved slavery and, by doing so, allowed the United States to form and expand westward. By breaking the compromise to achieve emancipation, Lincoln was cleansing the Constitution of its compromised character and making it into a worthy object of veneration and moral aspiration.

Emancipation was not Lincoln’s only dramatic breaking and remaking of the existing Constitution through a radical, unilateral reinterpretation of its meaning. Even before he issued the proclamation, Lincoln confronted two other decision points of epochal importance that paved the way for the culminating third.

By breaking the compromise to achieve emancipation, Lincoln was cleansing the Constitution of its compromised character and making it into a worthy object of veneration and moral aspiration.

First, almost immediately on assuming the presidency, he had to decide—alone, without Congress’s help—to go to war to preserve the union. Only in retrospect does it seem obvious that force was constitutionally justified in the face of secession. James Buchanan’s administration had produced a report stating bluntly that the federal government had no constitutional authority to act if states seceded. Nothing in the Constitution authorized war to save the union. The precedent of 1776, as well as Lincoln’s own words and views from the 1840s, supported letting the South go. Yet according to him—and only to him— his oath of office was an “oath registered in Heaven” to preserve the union. Lincoln chose war, reinterpreting the Constitution through the claim that it had been broken by the South and that his action was justified to repair the breach.

Second, Lincoln acted—again alone, without Congress—to suspend habeas corpus in the first days of the war, effectively transforming himself into a constitutional dictator. The best and most obvious reading of the Constitution gave Congress alone the power to eliminate an arrested person’s basic right to a judicial hearing when deemed necessary in cases of war or rebellion. Congress was not in session when Lincoln acted; but when it met months later, in July, it refused to ratify Lincoln’s actions. The president ignored the implicit rebuke and began imprisoning war opponents in the territory stretching from Washington, D.C., to New York, including a member of Congress and almost half the Maryland legislature. Lincoln tried to back away a year later, offering amnesties and releasing some political prisoners.

But then he acted unilaterally again, this time suspending habeas corpus nationwide on September 24, 1862. As a result, thousands of civilians all over the Union were arrested and detained without trial, often for months or even years. Scores of newspapers critical of the war were shut down or blocked from being sent through the mail. Congress did not ratify this decision until March 1863. Over the course of the war, Lincoln’s policies and orders created the most extreme suppression of free speech to occur at any time in U.S. history.

Lincoln’s effectiveness as a kind of dictator who could suspend constitutional rights at will, based on a claim of necessity, served as a model for the process that led him to abolish slavery by executive command. The Constitution—understood as the legal framework of the union— provided Lincoln with the basis for going to war in the first place on the theory that states had no constitutional authority to secede and that as president he had the constitutional duty to stop them. Once the Constitution had been broken by secession, however, the war to reestablish it created a new constitutional situation, one in which the principles and rules embodied in the peacetime Constitution could be broken and transformed by the president in the effort to save the Constitution itself. The breaking of the compact justified breaking the rules the compact contained. Rupture led to rupture. And that rupture led to transformation. 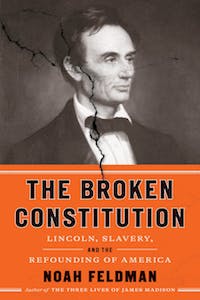 Excerpted from The Broken Constitution: Lincoln, Slavery, and the Founding of America by Noah Feldman. Published by Farrar, Strauss and Giroux. Copyright © 2021 by Noah Feldman. All rights reserved.

Noah Feldman is the Felix Frankfurter Professor of Law at Harvard University as well as a Senior Fellow of the Society of Fellows and a member of the American Academy of Arts and Sciences. He is a contributing writer for Bloomberg View. Before joining the Harvard faculty, Feldman was Cecelia Goetz Professor of Law at New York University School of Law. He was named a Carnegie Scholar in 2005. In 2004, he was a visiting professor at Yale Law School and a fellow of the Whitney Humanities Center. In 2003, he served as senior constitutional advisor to the Coalition Provisional Authority in Iraq, and advised members of the Iraqi Governing Council on the drafting of the Transitional Administrative Law or interim constitution. He served as a law clerk to Justice David H. Souter of the U.S. Supreme Court (1998–1999). Selected as a Rhodes Scholar, he earned a D. Phil. in Islamic Thought from Oxford University and a J.D. from Yale Law School, serving as Book Reviews Editor of the Yale Law Journal. He received his A.B. summa cum laude in Near Eastern Languages and Civilizations from Harvard University in 1992, finishing first in his class. He is the author of several books, including Cool War: The Future of Global Competition; the award winning and acclaimed Scorpions: The Battles and Triumphs of FDR’s Great Justices; The Fall and Rise of the Islamic State; Divided By God: America's Church-State Problem and What We Should Do About It; and After Jihad: America and the Struggle for Islamic Democracy. With Kathleen Sullivan, he coauthored textbooks on constitutional and first amendment law. He has worked as a contributing writer for the New York Times Magazine. 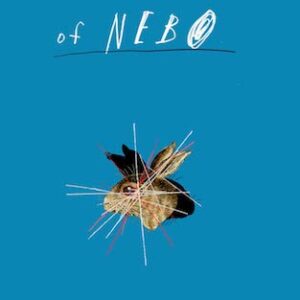 I have to write down who her father was, and I’m not sure why. Maybe because that will make her more real, this...
© LitHub
Back to top
Loading Comments...