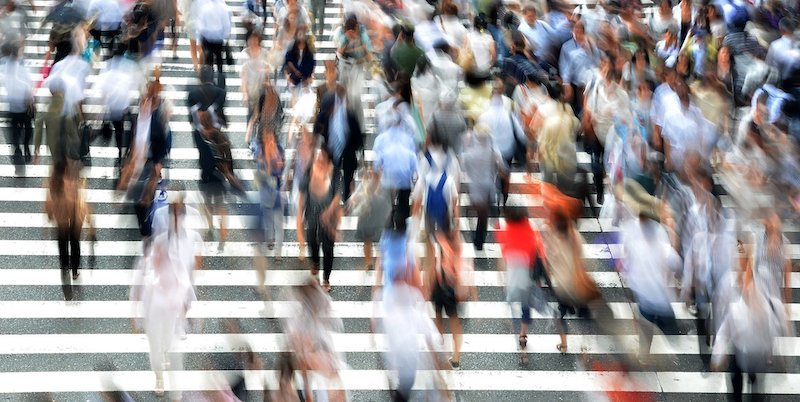 It seems blindingly obvious that happiness should be a core aim of life. Even governments are increasingly seeing it as part of their role. Following the lead of Bhutan, France and the UK attempted to make “gross national happiness” a national priority, alongside GDP. In 2019, the New Zealand government developed its first “well-being budget.” The United Arab Emirates now has a minister solely dedicated to implementing its National Program for Happiness and Well-Being, and the UK has appointed a “minister for loneliness.”

These latest interventions may seem like a logical response to a deep and constant human ambition to be happy—but the active pursuit of happiness is actually a relatively recent development. The ancients viewed suffering as a natural condition. The Greek historian Herodotus grimly captured this idea in the fifth century BC: “There is not a man in the world, either here or elsewhere, who is so happy that he does not wish—again and again—to be dead rather than alive.” That’s my next inspirational Facebook post sorted.

Historians generally agree that the notion of happiness as an attainable emotional state, rather than an earned outcome of a virtuous life, traces back to the Enlightenment. These changes accelerated in the twentieth century, with improvements in the basics of life, allowing space for greater emotional focus and a growing sense of individual entitlement to happiness.

In the 1920s, a spate of books started appearing in America, with titles like Happiness Is a Choice and A Thousand Paths to Happiness. In later decades, happiness was tied to growing consumerism and formalized as a method of selling more stuff. Major corporations like Disney set out their mission statement to “make people happy,” and Coca-Cola urged people to “have a Coke and a smile.” Happiness also became a new aim of parenting. Work and obedience had previously been the focus, but parenting manuals began to include well-meaning, if plainly wrong, advice that happiness is “as essential as food.”

These shifts reflect the acceleration of human progress in the past couple of centuries, as we left behind millennia of subsistence and moved from survival toward self-expression. This comes with downsides, of course—the pressure to be happy can produce frustration when expectations aren’t matched. The shuddering halt in generational progress has had far-reaching implications, including a loss of hope for the future among whole sections of society and even resulting in the tragedy of suicide.

A lot of the most important stories around happiness are not about the young or old but about those in the middle.

We have developed our understanding of life satisfaction since the 1970s and 1980s, when psychologists suggested humans are stuck on a “hedonic treadmill,” where nothing that befalls us—neither lottery wins nor losing a limb—will shift our individual happiness levels significantly in the longterm. This assessment now seems somewhat dubious. Although there may well be a baseline that each individual will tend to hover around, happiness levels can fluctuate as a result of what happens to us. However, happiness remains a complex and mysterious subject, and a lot around it is still contested and unexplained. We are constantly looking for new and simple answers, but they often lead us astray.

This confusion is not helped by the abundance of casual myths and stereotypes around generations. We caricature whole decades as having different relationships with happiness, from the swinging 1960s, to the dour 1970s, the greedy 1980s, and the hedonistic 1990s. We overlay these eras with cohort characterizations, from the stoic pre-war generation, carefree Baby Boomers, and morose Gen Xers, through to the emotionally damaged “snowflakes” of today’s younger generations. We hold exaggerated ideas of how our relationship with happiness changes through our life course, spurred on by sensationalist headlines about the anxiety of youth, the misery of middle age, and the loneliness of the elderly.

There is often an element of truth in these different images of periods, cohorts, and life stages, but we are poor at separating them and understanding what is really important. Proclaimed “epidemics” of suicide among the young or loneliness among the old give a greater sense of threat and change than the actual trends warrant. When we more carefully separate the different effects, it’s often a less frightening picture than we’re led to believe—but these myths also obscure important, often tragic, realities.

One of these hidden truths is that a lot of the most important stories around happiness are not about the young or old but about those in the middle.

“This is the worst day of my life,” Bart Simpson groans. He’d earlier been goaded by Homer into skateboarding to Krusty Burger and back while “fourth-base naked.” Bart was initially reluctant (“girls might see my doodle”), but he had no choice when Homer threatened to declare him “chicken for life.” It was going surprisingly well, until the police stopped him “in the name of American squeamishness” and cuffed him to a lamppost while they went for a burger. Homer, of course, arrived to rescue his son, bringing a T-shirt and socks but, crucially, no pants or shorts. But although Homer had failed in every practical way, he did bring his usual reassuring wisdom, as he corrected Bart: “the worst day of your life so far.”

The middle-aged can stake a decent claim to being the most miserable, though not by as much as some media reports imply.

And Homer is correct—the likelihood is that things will go downhill for Bart. This is not just because of the bad individual life choices or unfortunate paths awaiting grown-up Bart, where he’s nearly always pictured still mooching off his family or working through a fraught divorce. Beyond a cartoon character’s imagined futures, there is significant evidence from a number of studies that younger people tend to be happiest.

The best-known model is the “U-shaped happiness curve,” where we begin adult life happy, bottom out in our late forties or early fifties and then gradually get happier again. Two of the key analysts of life satisfaction, Andrew Oswald, a UK academic, and David Blanchflower, a former Bank of England policy maker, have examined this relationship for decades, across a wide range of countries and surveys. In his latest study, Blanchflower covered 132 countries and concluded, “No ifs, no buts, well-being is U-shaped in age.”

Blanchflower found that in the dozens of richer countries included in his study, the absolute low point of happiness is at 47.2 years. This is where I should confess that this is my exact age as I’m writing this. It may help explain my current dark mood about the book-writing process—but looking on the bright side, by the time you’re reading this, I’ll be on the upward curve. I can recognize a lot of the features that are often held up as explanations for unhappiness in middle age. It’s a life stage that is often defined by pressure, when we tend to be caught between responsibilities to kids, parents, and careers, which puts a strain on time for ourselves and our personal relationships. It’s also the point when we begin to reassess our lives; more is behind us than in front, and the reality doesn’t always live up to what we dreamed of in our youth. The Irish comedian Dylan Moran boiled down Shakespeare’s seven ages of man to just four, and perfectly captured the ennui in the middle: “Child, failure, old, dead.”

The relative consistency of Blanchflower’s U-shaped pattern across many countries raises the intriguing possibility that this is a pure age effect attributed to our biology. This explanation was reinforced in a study by Oswald and four other scholars, in which zookeepers and other animal caretakers rated chimpanzees’ and orangutans’ state of mind over time in Australia, Canada, Japan, Singapore, and the United States. The apes’ well-being bottomed out at ages that were comparable to between forty-five and fifty in humans. As the authors conclude, “Our results imply that human well-being’s curved shape is not uniquely human and that, although it may be partly explained by aspects of human life and society, its origins may lie partly in the biology we share with closely related great apes.”

The U-shaped happiness curve attracts significant controversy, but in the end, the middle-aged can stake a decent claim to being the most miserable, though not by as much as some media reports imply. The data highlights significant truths about middle-aged angst and the resilience of older age, but the generational lines show how much is going on, both between groups and across time. Reassuringly, there is not much evidence of big differences between cohorts; instead, it’s the repeated relative happiness of youth that stands out, regardless of when you are born. Homer is indeed wise. 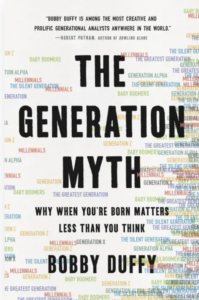 Excerpted from The Generation Myth: Why When You’re Born Matters Less Than You Think by Bobby Duffy. Copyright © 2021. Available from Basic Books, an imprint of Hachette Book Group, Inc.

Bobby Duffy, one of the UK's most respected social researchers, is professor of public policy and director of the Policy Institute at King's College London. Duffy previously directed public affairs and global research at Ipsos MORI and the Ipsos Social Research Institute, which, among other initiatives, ran the world's largest study of public perception. He is the author of The Perils of Perception, which sold over 30,000 copies in the UK, and which we published as Why We're Wrong About Nearly Everything in the US. His research has been covered by the Washington Post, Economist, Financial Times, Quartz, NBC, BBC, and elsewhere. He lives in London. 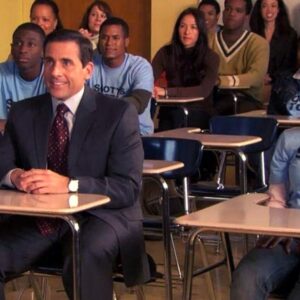 The following is from Welcome to Dunder Mifflin: The Ultimate Oral History of The Office. * Jenna Fischer (“Pam Beesly”):...
© LitHub
Back to top
Loading Comments...