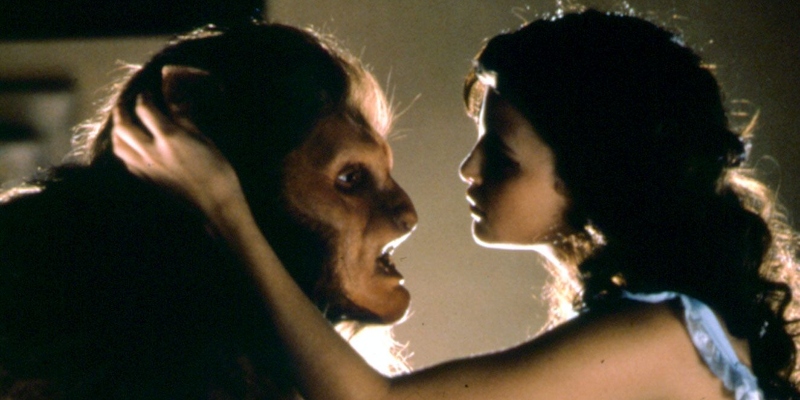 The Filmmaker Recalls Making The Pit and the Pendulum and Meridian

Now that Full Moon had risen from Empire’s ashes, it was time to get projects rolling again. And Stuart Gordon came to me with an idea. Like all Stuart’s ideas, it sounded kind of expensive. He wanted to make Edgar Allan Poe’s The Pit and the Pendulum. That hadn’t been done as a movie since Roger Corman had done it 30 years before, and it seemed pretty challenging: dungeons, torture chambers, witches burning, medieval courtyards. I mean, those were the kinds of giant sets that’d cost a fortune to build, unless you shot it all at some kind of…

In truth, I’d been wanting to shoot stuff at my castle for a while. It had come a long way since ’85. Entire wings were now habitable. In fact, I had just done some entertaining there. I’d invited my biggest buyers—the Germans, Japanese, and English—to join me at my castle after the Milan film market. They all jumped at the chance.

This was beyond schmoozing. It was megaschmoozing. Their faces as they were driven up the mountain and escorted into the castle were priceless. These men were accustomed to filmmakers taking them to lunch and maybe giving them a key chain with a logo on it.

I led them to their guest wing. I’m not sure if I carried a candelabra in front of me or not, but it was definitely implied!

In the first two rooms I placed my new, dear friend Nigel Greene and his brother, Trevor. Nigel was a pioneer of the British home video industry. Next to him I put Nigel’s parents. My two Germans, a couple, went in the next room, and my three Japanese businessmen, traveling alone, went in the final three. Each room, mind you, was cavernous and beautiful and full of treasures, virtually a museum. Debi and I went off to our chambers and prepared for the evening’s feast. The Lord and Lady of Castle Giove had to look their best.

It was a reminder to me: Holy cow, I own a frickin’ castle.

We wined and dined our guests thoroughly, and then Rolando escorted them all back to their wing. The Lord and Lady retired, giggling like idiots.

In the morning, I met Rolando in the kitchen and asked him how our guests fared. He said there’d been a problem.

“Charlie, your English friends were fine, and I didn’t hear a peep from the Germans, but those Japanese men… ”

“They kept running back and forth… and then they all slept in the same bed.”

I gently asked them about it at breakfast. Here’s what I learned: When you’re used to the confines of crowded Tokyo, even a modest European hotel room can seem uncomfortably large. These cavernous castle rooms just flat-out creeped the hell out of my Japanese friends. They freaked out. So they crammed themselves into one bed for the night. When I pressed them in the comforting light of day they were hilarious about it, and we all had a huge laugh and enjoyed the rest of our stay. But it was a reminder to me: Holy cow, I own a frickin’ castle. I gotta use this place.

And so we went to shoot two movies in Italy. The first was Stuart’s The Pit and the Pendulum. My dad once again came along to produce—as always, Stuart’s trusted, more thrifty sidekick. They had come to love each other. Our cast included good ol’ Lance Henriksen as Torquemada, who, since Mansion of the Doomed, had become famous for his role of Bishop in the Alien movies. And we had Oliver Reed, the renowned British actor, who years before had actually cut his teeth in Hammer Films productions, the great English B-movie mill of the 1960s.

It was really awesome. A trip. We’d all wake up in our palatial rooms, grab coffee and breakfast, and then descend two flights of stairs to our sets—the beautifully lit dungeons and torture chambers—and work a full, long day, only to ascend back to the great dining hall, where at least 18 of us would feast and laugh for hours, and then return to our rooms to start the whole cycle again.

It wasn’t without its problems. Lance was a Method actor, so living inside the role of the monstrous Torquemada wasn’t exactly a picnic for him. Or for the crew.

Oliver Reed was a kind of Method actor as well, but his method was constant alcohol intake. He was clearly cut from the Richard Harris–Peter O’Toole mold of British actors. I soon learned that he spent his early mornings down in the village, at the bar, consuming as much beer as possible. On set, though, he was totally lucid and completely professional. Then, at dinner, he would laugh and drink vast quantities and never once get up as he held forth, joking and pontificating for literally hours on end, always the last man at the table as we all retired. It became a joke between Debi and me, because Oliver’s routine didn’t even seem physically possible, not given the sheer amount of liquid he took in.

It was Rolando who discovered it, learning it from the housekeeping staff. Oliver had rigged up a system where he’d acquire empty bottles, sequester them, and then… relieve himself into them all night, right there at the table as he drank and joked and held forth.

Wait, did I say “dark secret”? I meant “gross secret.”

My other movie in the castle was more personal. Just as in the Empire days, my constant hamster wheel of developing, producing, promoting, and selling kept me from doing other things. It had been a year or two since I’d carved out a three-week period to just direct a movie. I remedied that situation with fi.

It wasn’t typical Full Moon fare. I mean, there were monsters and magic and mammaries, sure. But Meridian was a Gothic romance. Harlequin novels were huge at the time, and some of them were supernatural themed. Why not grow the Full Moon brand into a market that nobody else was in?

Meridian was essentially a Beauty and the Beast story, the tale of an American woman (who happens to be the heir to an Italian castle!) who falls in love with a magician—who is cursed to turn into a beast-man. It starred Sherilyn Fenn, who—soon after the movie came out—found herself on the cover of Rolling Stone magazine as one of the stars of Twin Peaks. We shot the whole thing in the castle. Except for some of the exteriors, which we filmed at the nearby ancient “Park of the Monsters.”

It was almost certainly the only monster suit in movie history to be featured in two separate roles… and get laid in both.

It seems too perfect to be true, but in the nearby town of Bomarzo, there had lived in the 16th century a wealthy mercenary who’d met, fallen in love with, and married a noblewoman. When she died, he commissioned a grand garden for her, a place of wonders, a theme park of sorts. Giant stone carvings are everywhere: Hannibal’s enormous war elephants, 30 feet high; goddesses; a monstrous gargoyle whose open mouth you could walk into (and out of, dramatically, while lit from behind at night, for instance!). To this day most tourists don’t hear of the Parco dei Mostri, but my neighbors were all too happy to point me toward it. It was bizarre, grotesque, and perfect.

The last element I needed was the Beast. But this couldn’t be a Buechler puppet or a Dave Allen stop-motion special. In any romantic Beauty and the Beast tale, after all, at some point, well… Beauty bangs the Beast. And it can’t look like a woman humping a marionette (although now that I say that out loud, it gives me an idea for a movie… but I digress!). I needed a costume, a rough, scary, but somehow human-looking and kinda sexy beast.

I called Greg Cannon in Los Angeles. He was at that moment doing effects makeup for Francis Ford Coppola’s new horror flick, Bram Stoker’s Dracula, starring Gary Oldman and Winona Ryder. Yes, big-budget horror was becoming a thing. What chance did I have?

Greg was more than helpful. He told me of a costume that they’d just used on set, Dracula in beast form, hypnotizing and seducing the helpless Lucy. “Charlie,” Greg said, “this thing is perfect. But obviously it belongs to the production. I can’t… ” Greg seemed to be struggling with something. He was moving into the big-budget movies, but his roots were in my world. I let him talk.

“I’ll tell you what I’ll do,” he said finally, as though I’d been twisting his arm. “I will steal the costume, dye it, change its look just enough, and you can use it in your movie.”

“Wow,” I said, waiting for the inevitable other shoe to drop. “Just one condition, though, Charlie,” he said. Here it comes, I thought. “Yeah?”

“You have to bring me there. I gotta see that castle.” Word had gotten out.

Greg got his wish, and I got my sexy beast-man. It was almost certainly the only monster suit in movie history to be featured in two separate roles… and get laid in both.

A couple of years later, Greg would receive the first of his five Oscars for his makeup work on Dracula, as would the guy who built that costume. But as I said, we independents have one advantage, and that is speed: if you were a fan of a certain kind of video rental back in the day, you got to see that award-winning monster in action over a year before the premiere of Dracula.

I’ve never told that story to the public before, for obvious reasons. But hopefully enough time has passed, so, um, Francis, if you’re reading this, er… sorry! Mi despiace. 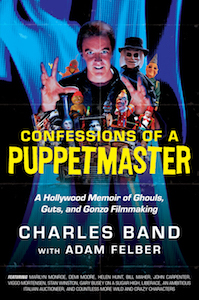 From the book CONFESSIONS OF A PUPPETMASTER: A Hollywood Memoir of Ghouls, Guts, and Gonzo Filmmaking, by Charles Band with Adam Felber. Copyright © 2021 by Charles Band. From William Morrow, An Imprint of HarperCollinsPublishers. Reprinted by permission.

Charles Band is a renowned producer, director, mogul, and “B movie” showman. Over his 40-year career, he has directed or produced more than 360 films, including cult classics like Ghoulies and Tourist Trap (one of Stephen King’s favorite horror movies). Band lives in Los Angeles.

Amor Towles on How Peter Matthiessen Inspired Him To Write 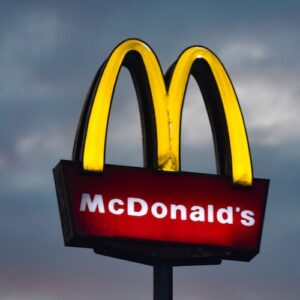 It was a warm September afternoon when I first met Teresa Lopez. The two of us sat at two desks in an empty social studies...
© LitHub
Back to top
Loading Comments...