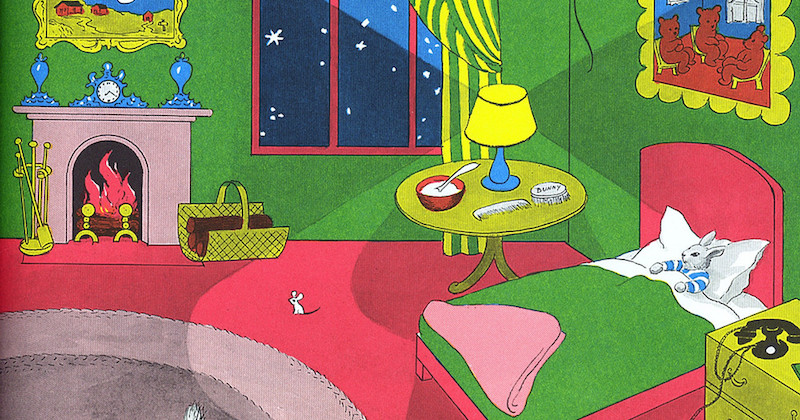 Today, Margaret Wise Brown’s Goodnight Moon is a bona fide classic; the bowl of mush and old woman whispering “Hush” have struck a chord with children, parents, and grown-up children who make memes of the book’s soothing artwork. But, surprisingly, that widespread fame is relatively recent. Though Goodnight Moon was published in 1947, sales dropped low enough in 1951 that the book nearly went out of print—all because the children’s librarian of New York Public Library hated it.

New York Public Library children’s librarian Anne Carroll Moore was the NYPL’s first appointed “superintendent of work with children” in 1906; she was a pioneer, encouraging children to check out books at a time when the idea of letting children into libraries was still experimental, scheduling story hours, pushing foreign language children’s books, and training a diverse team librarians to do outreach to immigrant children. She was also highly idiosyncratic: she had a stamp which read “Not Approved By Expert” that she used on books she didn’t like, and she carried a wooden doll named Nicolas everywhere. (When Moore refused to stock the Laura Ingalls Wilder books, she talked to the doll instead of the books’ editor to show her disdain.)

Moore’s tastes veered toward the imaginative: she enjoyed books like those of her friend Beatrix Potter, and she disliked Goodnight Moon for its realistic, simple style—the style of the Bank Street School where Margaret Wise Brown had received her teacher training. Brown was “looking at the mind of a child, operating at the level that a child understands,” Betsy Bird, longtime NYPL librarian, told Slate. “She was trying to get down on their level, whereas Anne Carroll Moore placed herself above the children’s level, handing what she viewed as the best of the best down to them.”

Though she was formally “retired” when Goodnight Moon was published, Moore was still active in the children’s section and continued to lead department meetings. So, Goodnight Moon was nixed: an internal review waved away the book as an “unbearably sentimental piece of work,” and the book was not purchased by the NYPL—with ramifications beyond the library itself. “Other libraries around the country looked to the NYPL, and if [Moore] didn’t buy it, they didn’t buy it,” Bird told Slate. “If Anne Carroll Moore didn’t like a book, she could effectively kill it.”

The NYPL didn’t carry Goodnight Moon until 1972—and since then, it’s been checked out over 100,000 times from New York City libraries. As always: gatekeepers, wild!