Tom Perrota talks to Emma Straub about Tracy Flick, 30 years later • Lidia Yuknavitch describes her perfect writing spaces • New writing by Ukrainian poet Ostap Slyvynsky • On the Richard Brautigan universe that inspired Harry Styles • Does anyone want computer-generated art? • On the “Unnoticed Generation” of Russian writers in Paris • How poet Paul Laurence Dunbar influenced aviator Orville Wright • Clare Pooley on the curse of the sophomore novel • How the bizarre story of a kidnapping inspired Ravi Mangla’s debut novel • Abi Morgan on learning how to write a memoir in real time • Rebecca Rukeyser on sleaze, male rot, and writing a horny novel • Why being humble is good for you • “So what if writing a Bigfoot book made me seem silly?” • How bartending helped Wesley Straton write her novel • How institutional neglect shaped Rockaway, Queens • What a letter captures in the age of social media • Fiddleheads, f*ck ups, and life on the farm • Tackle writers block by writing badly, and other advice from Jason Mott • On the origins of cosplay, circa 1939 • Mary Pipher on the unglamorous side of publishing a bestseller • Why 1997 was a pivotal year for George Michael • Exploring the modern origins and evolving accessibility of bisexuality • When a talisman from childhood doesn’t hold up • Keri Blakinger on her first week in jail • The 10 best book covers of June • “War on the air is war on life” • The life of one of history’s most famous librarians • David Michael Ettlin recounts his reporter days in Baltimore • Why we should embrace imperfection in our conversations about the climate crisis • Solidarity is not a finite resource  • How campaign operatives shape American democracy • On the perpetual relevance of “A Jury of Her Peers” • Ina Cariño on naming and claiming ancestral land • “Letters are a hinge into the invisible world.” 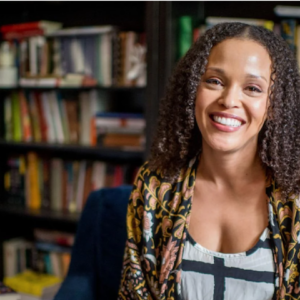