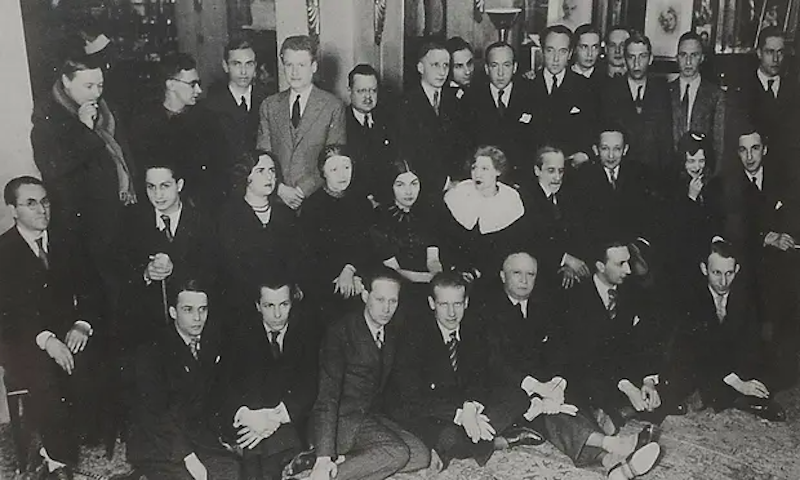 The Unnoticed Generation: How Russian Writers in Paris Grappled With the Complexities of Life Between the Wars

Bryan Karetnyk on Translating the Work of Yuri Felsen

It’s 1933 in Paris, and the années folles are dead. Dada and deco are out, and the Great Depression is in. The luminaries of Stein’s Lost Generation have found themselves, or so it seems, and gone their separate ways. Scott and Zelda have traded Le Dingo for La Paix, and somewhere in the seventh, Joyce is hosting a farewell dinner for Hemingway as he sets his sights on big game in Kenya and Tanganyika.

Pound, meanwhile, is agitating in Il Duce’s Italy (though still writing his interminable Cantos), and Foujita has given up sketching the beauties and brawlers of the Café de la Rotonde and returned to the ever-expanding empire of the rising sun, where he’ll soon turn his hand to making propaganda for a living god—his memories of doing drag with Kiki de Montparnasse fading quicker than democracy across Eurasia. It’s a polarizing, volatile time. But if the Lost Generation has abandoned the city of light, there is another group of artists that’s here to stay. For now, at least.

Over in the café Le Murat, a stone’s throw from the racetrack at Auteuil, a group of Russian expatriates meets night after night in the basement to play bridge, often until dawn. A factional and fractious lot, they spend their afternoons writing and their evenings arguing amongst themselves, the show often ending in uproar. Exiled down there, their immortal creations unpublishable in their homeland, unintelligible in their adopted home, they were dubbed by one writer of the time the nezamechennoe pokolenie—the Unnoticed Generation.

Every bit as outrageous and provocative, as ruthless and romantic, as maladjusted and traumatized, as their erstwhile and more visible colleagues upstairs, these are the stateless apostates who dared to turn their backs on Lenin and Stalin’s gospel of communist terror, fating themselves to dream of Russia for evermore, and to eke out a life of poverty so abject that it makes Dostoevsky look like a Rockefeller.

At one of the tables, the writer Yuri Felsen sits across from the veteran poet and influential critic Vladislav Khodasevich. Perhaps Ivan Bunin, the latest Nobel laureate and, to date, the literary emigration’s greatest vindication, is there as well, greying and in tails, struggling to make himself understood to the French waiters.

The political novelist Mark Aldanov, known as “Marco Moneybags” to his jealous detractors, will no doubt pay his respects after dinner (he can afford to dine upstairs), and will likely bring with him Georgy Adamovich, Felsen’s former mentor and Khodasevich’s adversary—unless, that is, the critic has another date with a beautiful young man. Cash permitting, even Boris Poplavsky—cocainist, novelist, pugilist, and all-round enfant terrible—may drop in later, and with him his friend Vasily Yanovsky, who’ll write about all this in years to come, when the rest of them are dead and buried.

As the knock of billiards echoes in the background, thick ribbons of blue cigarette smoke multiply in the mirrors lining the walls. The poisoned air is fraught with a mix of nervous energy and despair, and the ageing grandee across from Felsen, an inveterate gambler who plays only for money, deals out the cards nervously with bandaged, greenish fingers. “Mostly our play is neurotic,” he’ll write one day, immortalizing the scene of their own private Atlantis. “The Chekhovian era, with its gentle rustle of cards and the poetry of a winter’s evening, has receded into the past.”

In truth, though, the cherry orchard was sold long ago. The feckless decadence of the fin-de-siècle has given way to the outright obscenities of the machine age. Back in the Soviet Union, Stalin has just murdered several million Ukrainians in a year-long campaign of mass starvation, while closer to home, in Germany, Jews have seen the first of many persecutions to come and Hitler has just opened his first concentration camp outside the Bavarian town of Dachau. But in the basement of Le Murat, the unnoticed émigrés can only watch on, trick after trick, rubber after rubber, all the while chalking up the losses obsessively.

For their own part, it isn’t just the wrench of poverty and nostalgia that’s spawned their collective neurosis. They’ve witnessed the land of their birth crushed under a tyrant’s jackboot and, like Cassandra before the fall of Troy, can see only too clearly what awaits Europe down the line. Add to that the burden of shattered identity weighing on their psyche, fears over artistic sterility, cultural crisis and entropy, marginalization, humiliation, and, increasingly, public scorn, and it isn’t hard to see why their “neurotic” play finds such resonance in their souls and in their writing. Grappling with these complexities and complexes, they turn to art, hoping to find refuge there from an alien environment and, just maybe, a chance to redefine their place in it—on their own terms.

As he wins another rubber, a schoolboy’s smile playing on his handsome face and a Gauloise Maryland smoldering in his cheap cigarette holder, Felsen is at the mid-point of his life in Paris. He arrived there precisely a decade ago, from Berlin, and has another decade left before the Nazis will murder him for the fact alone of being Jewish. Within this neat score of years, he’ll not only make a name for himself as one the more talented young writers to have sprung up in exile, but as the author of one of the most ambitious literary projects to have been undertaken during these savage times.

Inspired by Proust’s La Recherche and embracing three novels with multiple interlinking short stories (the manuscript of the nearly completed fourth novel will be lost or destroyed after his arrest and deportation), Felsen’s roman inachevé is a self-portrait of sorts, one that traces the psychic and artistic development of his alter ego, a neurasthenic émigré and aspiring author, whose entanglement in a cruel love affair stimulates his verbal artistry and generates an interior monologue of remarkable, at times agonizing, candor.

For their own part, it isn’t just the wrench of poverty and nostalgia that’s spawned their collective neurosis. They’ve witnessed the land of their birth crushed under a tyrant’s jackboot.

Rooted in the idea that the mystery of individuality is revealed in acts of creation, suffering, and love, Felsen’s art stands out for its depth of psychological penetration and depictions of humanity in its all shame and splendor. To find the words for it, he’s even developed a unique, at times arcane, prose style. But this is no precocious exercise in modernist aesthetics: for him, the whole endeavor bespeaks an urgent moral impetus.

A witness of 1917 and a bearer of its traumas, Felsen has been looking on from the dubious vantage of this Parisian basement with horror and disgust as the Soviet authorities, other atrocities aside, have decreed fiction as definitely as any five-year plan, and as they’ve sanctified as their artistic credo class hatred and intolerance to any show of individualism. Like the finest of his generation, he’s been thinking how best to exercise what is perhaps the sole consolation afforded by exile—creative freedom—to oppose the day’s fetish for collectivization, subjugation, and shows of strength and brute force, be they communist or fascist. (To his observant eyes, the difference is only cosmetic.)

“The revival of slavery is bitter and terrible,” he’ll write in a few months’ time, addressing the era head-on,

however, it is but the gloomy “zigzag of history,” and its opponents are not at all pathetic epigones, but rather—the farther we go, the more indisputable it is—the harbingers of a real future. And that same “zigzag of history” is now speeding to their aid: we know how the desires of tyranny increase, how insatiable it is, how it inevitably goes too far, and how, by drawing itself into misadventure, it ultimately destroys itself. Of course, this does nothing to lessen the tragedy of the present.

From the basement, though, that tragedy still seems in so many ways a world apart. In Deceit, the first of Felsen’s three surviving novels, the unnamed narrator imagines these realms of tyranny and torture and the people who populate them as something remote and otherworldly, something almost fictional, “as if we were talking of an exciting new novel.” It isn’t by chance that this otherworldliness is embodied by the protagonist’s love rival, a Soviet actor who is himself “a friend of commissars, an upstart, and a Bolshevik,” and whose unexpected intrusion and proximity make that world a more tangible reality, bringing danger in both real and psychological terms.

In the days ahead, however, these dangers will only encroach further, and in ever more diverse and hellish forms. Over tomorrow’s games of bridge, questions will be posed, fingers will be pointed, and hands will be wrung, as the émigrés ponder what to do about the elephant in the room. Talking about “it” will feel at times too painful, too futile at others. In a later novel, that same protagonist will reply to an unseen rebuke from his beloved. Why doesn’t he write about Russia? she apparently wants to know. But it’s already too late for that. “It’s my conscious choice not to write about Russia,” the reply seems to come from both Felsen and his fictional representative.

Like the finest of his generation, he’s been thinking how best to exercise what is perhaps the sole consolation afforded by exile—creative freedom—to oppose the day’s fetish for collectivization, subjugation, and shows of strength and brute force.

I want to argue about Russia endlessly, to rant about “our Russian generation,” but it’s already turned out so absurdly, that every thought about Russia, every conversation embitters and spiritually impoverishes us, because Russia and everything going on there now is transient, subjective, unforgivable, while love, platonic and romantic (about which I write only to you), the poetry of human relations—this is where the beating of eternity is to be found… Within Russia, from Russia—there is an attempt to spread hatred (or at very least a perversion of love), whereas I and “my generation” have a need to pity and to forgive, to be inspired by pity and forgiveness.

Needing to forgive, but being unable; understanding only too well, and still holding fast in your condemnation; wanting to warn others, but lacking the words and the audience: these are the age-old Gordian knots of exile. And yet exile is the only possible choice.

Turning away from open polemic, Felsen believes that the answer instead lies in an art that extols the soul, the individual, all that is enduring and human, even amid the ruins of exile, in the dim and smoky light of that basement in Auteuil. And maybe he’s right. Though his life will trace, as one future émigré will eloquently note, the “arc of exile from vicious civil war to the ultimate atrocity,” his art will endure. Newly raised from its Parisian Atlantis, it speaks to us today from beyond the grave, long after the Nazis marched in and its author along with the rest of his Unnoticed Generation played their last hand. 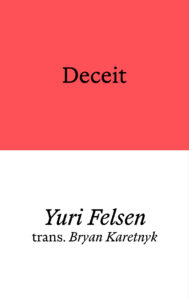 Yuri Felsen’s novel Deceit, translated by Bryan Karetnyk and with a foreword by Peter Pomerantsev, will be published in the UK by Prototype on June 22, 2022, and in the US by Astra in February 2023.

Bryan Karetnyk is an award-winning British writer, critic and translator. His recent translations from the Russian include major works by Gaito Gazdanov, Irina Odoevtseva, Boris Poplavsky and Yuri Felsen. He is the editor and principal translator of the landmark Penguin Classics anthology Russian Émigré Short Stories from Bunin to Yanovsky and is a regular contributor to the Times Literary Supplement and the Financial Times. 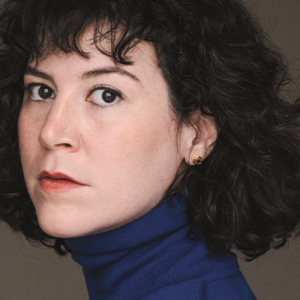 Rebecca Rukeyser has lived all over the fucking place—Istanbul, Busan, Berlin, Iowa City, Davis, Brooklyn. A season in Shanghai...
© LitHub
Back to top
Loading Comments...