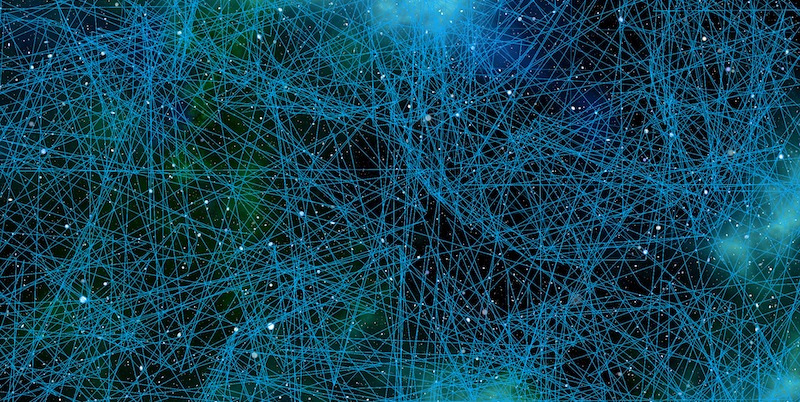 A Letter from Robyn Maynard to Leanne Betasamosake Simpson

Rehearsals for Living is an epistolary project that began between friends Robyn Maynard and Leanne Betasamosake Simpson in 2020. The below is an excerpt from one of Maynard’s letters to Simpson.

I’ve always been a nerd. Specifically, a sci-fi nerd. And more specifically still, the kind of sci-fi nerd who, as a child, tried to learn to speak Klingon from her father’s Klingon Dictionary. And so as you can imagine, Star Trek TNG has been a balm to my pandemic insomnia. I was likely influenced by episode 63—the one where the Starship Enterprise passes through a temporal rift and inadvertently creates two timelines, two ships, two futures—when I would find myself, during my walks down a largely empty Bloor Street in late March, musing that perhaps somewhere out there, too, was a timeline in which you and I were making syrup on your land. Where we hadn’t even continued to write one another letters, in the end, because we were too busy speaking in person, riffing ideas, discussing movements and thinkers that were moving us, inspiring us. Where we had maybe taken our kids together on the walk we’d discussed, and otherwise taken a bit of joy and comfort in one another’s presence, small transitory moments amidst otherwise very separate and hectic lives. And as you can imagine, this sort of speculative exercise naturally leads to a contemplation of other timelines, which are never far from my mind, anyways.

For instance, what and who would be here instead of my landlord’s house, the paved streets named after bandits and burglars, here on the lands of Haudenosaunee, the Anishinaabeg, and the Wendat? And what else might the human and ecological landscape beneath my feet have become, if not for the long-standing and ongoing occupation and administrative control of the British and French empires, the settler state? Not to mention, of course, where would I be had my ancestors not been kidnapped en masse and used as fuel for the unsettling of this side of the Atlantic world? It’s hard not to focus on the sheer weight of the timelines aborted, globally, by slavery and colonialism, and their afterlives. These timelines seem to bulge inadvertently into this plane, the alternative homespaces and modes of organizing life, the multitudinous other ways that this world and its inhabitants could have been structured. I like to think that they accompany us, glimmering planes of reality alongside our own.

To pick up here where you left off—your words running through my mind and coursing through my veins as always: an awakened mind. An awakened mind, too, is to know that there is nothing natural or inevitable about any part of contemporary governance, about “policing as governance,” per Brand. It is a spiritual and bodily rejection of the egregious violence of the quotidian. It is a refusal of the everyday humiliations of anti-Black surveillance, of the unceasing representations of Black peoples as pathological, of the (attempted) negation of all the richness, beauty, and fullness that is Black life. And it is a felt refusal of the racial and gendered violence that is constitutive of the settler state. And it is an awareness of other possible timelines, alternate futurities, of a liberation not yet arrived.

Each of our communities holds enough rage (not outrage) to power the next five generations of freedom struggles.

But in this timeline, I’m sitting in my kitchen, as usual, trying to use this communion to write my way out of a mood, one caused all too predictably by reading the news. You will not normally find me using my energy to point out how this or that piece of writing has failed to meaningfully address racism. Not because it’s not true, but because it’s true so often that it rarely gets a rise out of me anymore. This is how the media operates, with a few rare exceptions. And yet somehow, I’ve been arguing in my mind with a Toronto Star article ever since I first read it over my morning coffee on June #3, when their editorial board published a piece called “Let’s save some outrage for treatment of Indigenous people.”

I’m certain it was intended to be well-meaning, the ostensible goal being to highlight a politic that you and I are both clearly invested in: ending anti-Black racism matters, and so does ending racism against Indigenous peoples. It seems clear that neither of our respective communities is the target audience of the piece (more on that in a moment). However, Black people are being, here, not-so-subtly scolded for an apparent singularity of vision. This is part of a broader disciplining of the Black liberation struggle that Canadian media cannot do without, and one that is rarely levelled at other communities struggling to liberate themselves.

The words “Black lives matter” are taken to mean that we wish only for Black lives to matter, and that others do not, or should not. Which disappears both historic and current forms of co-resistance with Indigenous and other communities, as well as the way that Black people’s freedom struggles, even when standing on their own, have historically liberated broad swaths of people. But this kind of misunderstanding, by which I mean misrepresentation of the movement, its maxim, is so classic so as hardly to be notable. And so this is not the place I am focusing my attention—my own outrage, so to speak. Because another subtext that is somewhat more novel in this piece is its deliberate obfuscation of other facts of the matter: that Black and Indigenous struggles are interlocking and interconnected. That all of us stand to gain from the growing movement to defund and abolish policing. That in many instances, our communities have been, in these times, working together to dismantle organized violence and rebuild the world anew. Instead, this analysis, which is by and for white Canadians, pits Black and Indigenous communities against one another as we organize—often collectively—for abolition, decolonization, and a policeand prison-free world. It obfuscates, and thus licenses continued negation of the overarching reality that our unfreedom is wrapped in one another’s, and further, that it is these interlocking unfreedoms that are in fact constitutive of the Canadian state—and capitalist states everywhere.

Perhaps what keeps drawing my attention back even more, though, is that phrase in the title: “let’s save some outrage.” Because this forwards the notion that white Canadians’ outrage needs to be saved, neatly portioned out, and carefully preserved, lest it be wasted all in one go (and on the Blacks!). And it is this aspect of the editorial that I cannot shake. It reveals something about the structure of Canadian society and its affective capacities; and, perhaps more importantly, about its structurally limited capacity for in-depth solidarity. Because for your average Canadian there is a limited amount of outrage that can be distributed across the vast injustices of our time. We live in a society that requires that we tolerate a certain—significant—level of violence and death. People dying of overdoses, of exposure, at the hands of police: this is the collateral damage of the mode of governance that we live under.

Outrage, then, is finite. It necessarily has an end point, lest the discomfort lead to a broader demand for the always-possible, continually deferred transformations that would be required to shift the tyrannical racial logics of our time. And so outrage needs to be carefully portioned out, in moderated doses, in order to preserve the status quo. The media functions, and the public along with it, such that Indigenous genocide and anti-Black violence erupt into the national discourse only in moments of brief national attention, allowing them to appear to be episodic. Rather than endemic, enduring. And mutually constituting. Outrage needs to be rationed precisely because only a limited amount of “justice” is, in fact, possible, or achievable, for this country to go on as it has. Which is of course the unstated goal of liberal outrage, trimming here and there at the worst and most visible excesses of harm, while leaving a violent system intact. Too much justice—the liberation of Black and Indigenous peoples—would make Canada, as it stands today, impossible.

You would not know from reading this op-ed of the turbulent insurgencies of this time, of two mutually unfolding and as-of-yet unfinished liberation projects that stand to shake the very foundations of this society. But, of course, it is the obfuscation, the misdirection, that is the point. Regardless of intent, the purpose and the function of such an intervention is to cast our struggles in competition, in moments of mass unrest, using colonial fictions to uphold, rather than undo, white supremacy.

And clearly this editorial was not written with us in mind: each of our communities holds enough rage (not outrage) to power the next five generations of freedom struggles.

I have enough rage for Ahmaud Arbery and Colten Boushie and Eishia Hudson and Wabakinine and Wiijiiwaagan and Regis Korchinski-Paquet.

You and I live in a country that is reliant on either our violent exclusion from, or genocidal inclusion into, the nation-state. In cities and in a country where governance as violence and abandonment is the defining feature of daily life. The sheer weight of our respective communities’ presence across the state zones of capture and abandonment make all too clear that we are living and dying in a formation that was not designed for us, but built top of us, to facilitate the exploitation of lands, labour, but not to facilitate life. And most certainly not Black and Indigenous life. The nation-state requires the dispossession of Indigenous peoples’ lands and lives; it requires the destruction of Black peoples’ lives, our flesh, our personhood, our timelines of otherwise. 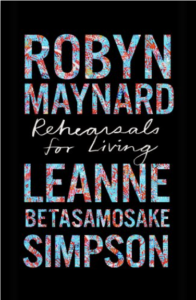 Excerpt from Rehearsals for Living by Robyn Maynard and Leanne Betasamosake Simpson, published by Haymarket Books.

Robyn Maynard is an award-winning Black feminist scholar-activist based in Toronto, and the author of the national bestseller Policing Black Lives: State violence in Canada from slavery to the present. Her writings on policing, feminism, abolition, and Black liberation are taught widely across North America and Europe.

Marie Myung-Ok Lee on the Cultural Memories of Korea 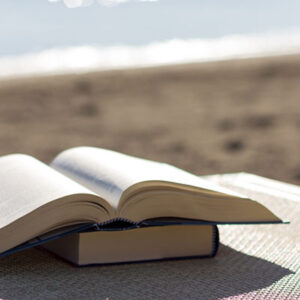 Whether you're traveling or not this summer, right now is the perfect time to catch up on all the great books that have recently...
© LitHub
Back to top
Loading Comments...