Nikki Erlick on the Lost, Intimate Art of Letter Writing

I found the box of letters in the basement, in the midst of one of those rare, invigorated bouts of spring cleaning. It was a simple brown shoebox—the shoes long gone—now filled with sheets of white paper, a few frayed corners sneaking out from underneath the lid. I hadn’t laid eyes on these crinkled handwritten letters since I was seventeen, when I had toted them home from school and tucked them away. Letters written to me by my classmates, that my teenage self must have felt compelled to keep, perhaps wondering if I would want them someday.

From ages nine through seventeen, I attended a small, all-girls school, spending the entirety of my adolescence with the same group of sixty girls. But even in such a tiny school, it was impossible to know every classmate with sufficient depth, the typical divides of athletic ability, academic prowess, artistic passion, and social charisma all carving up our class into separate lunch tables. By senior year, most of us had fallen in and out of friendships, the lucky ones laying the foundation for links that would last us through adulthood.

But we were also ready to move on, to graduate into the great unknown and get started on that “future” we’d been hearing so much about. This group of girls had formed the boundaries of my life for eight full years, yet I found myself wondering whether I would ever see some of their faces again. And that was when we boarded a school bus bound for our “senior retreat,” a weekend meant for reflection. Perhaps our final chance to bond.

On the last night of the retreat, we gathered together in one big room, where we were asked to write letters to one another. We gazed nervously around us, suddenly tasked with crafting personal missives to girls we adored and girls we fought with. To girls we grew up with and girls we barely knew. To girls whom we had gossiped about, and danced alongside, and competed against, and endlessly compared ourselves to.

I honestly can’t remember, now, most of what I wrote that night, but I know exactly what was written to me, thanks to that box in the basement. When I found and re-read those letters, years later, I started, of course, with the classmates whom I had known best at the time, having shared many a night on sleepovers, noting with a gentle sadness the people who were once my whole world and now only exist at the periphery.

Letters are also private in a way that feels increasingly rare today, when the written word seems to be trending ever more public.

But the letters that truly brought tears to my eyes were, in fact, signed by names that rang much less familiar, written by girls I’d only known from afar. Girls whom I had probably made certain assumptions about, and who had assumed certain things about me in return. Though I was fortunate to find several genuine friends in high school—who I still love and admire today—I was a fairly typical bookworm, focused mostly on school. I wasn’t a very good athlete, I took homework far too seriously. I didn’t drink, I didn’t date. I wasn’t exactly the life of the party.

But these letters showed me that nobody really cared about those things as much I once thought they did. The candid reflections from the girls who I passed in the hallway, every day, perhaps only exchanging a smile, remain among the kindest words I’ve ever received. Testaments to the meaningful impact that we can all have on one other, even in the smallest of interactions.

The deep, powerful words that we all exchanged that evening felt, at least to me, as if they could only exist in this particular medium, in a letter. The privacy of these handwritten notes—of knowing that only the intended recipient would ever read these words—protected us. It inspired honesty. These letters allowed us to be vulnerable, to find the courage to express our feelings without fear of embarrassment or rejection:

“I wish I had gotten to know you better.”

“I’ve always been envious of you.”

“I’m sorry for the way I behaved.”

“I hope we never lose touch.”

“I know you will do great things someday.”

“I regret the way things turned out.”

“You never knew how much that meant to me.”

“When this is all over, I will miss you.”

I wondered why this honesty, this intimacy, felt so striking. So refreshingly unfamiliar. Of course, it’s uncommon to receive a handwritten letter nowadays; for years, letter-writing has been tragically heralded as a “lost art,” and the golden age of the epistle—the 18th century—couldn’t feel further away. But letters are also private in a way that feels increasingly rare today, when the written word seems to be trending ever more public.

All of our thoughts and jokes and judgments and opinions are expected to be shared online, in a public forum, for the entire world to consume. And yet I couldn’t imagine the words in these letters being typed out on a screen. It seemed too difficult to share something so vulnerable, so personal, knowing the potential audience was limitless.

Much has been said about our daily life on the Internet as a kind of performance—the curated, filtered, wittily captioned versions of ourselves. But these letters felt like the opposite, imbued with the intensity that is perhaps attained when the pressure of writing for the public is stripped away. Online, we communicate with our many followers—and the many more we hope to attract. In a letter, we write one-to-one.

There’s no venue for likes or retweets or comments. No immediate gratification or validation or vitriol. The goal of these letters was not to go viral or gain attention. They didn’t require any response. And they were written in a single sitting, with no opportunities to plan or revise or polish. Quite simply, they weren’t a performance. They felt more akin to a confession, whispered onto the page and only to be heard by a single pair of ears.

Online, we communicate with our many followers—and the many more we hope to attract. In a letter, we write one-to-one.

The fierceness of that one-to-one connection, between letter-writer and recipient, has few rivals in our modern world. It’s why I chose to build an epistolary relationship between two characters within my novel, The Measure—an exchange so private, in fact, that the two writers don’t even know each other’s names, they merely know each other’s words on the page. Yet their bond, forged through letters, feels uniquely unbreakable. And, as an author, I found their missives among the most difficult sections to write, somehow even more intimate than a standard first-person narration. The words of one character reaching out, yearning only to connect with another.

By now, I’ve sadly lost touch with many of my former classmates, but when I discovered their letters and re-read their words, I remembered them, every one. I felt connected to them, once again, and to the teenage girl that I was when I knew them. The physicality of the letters transported me. I held the pages in my hands, and I was back in that hallway, smiling as my peers passed by.

After I placed each sheet of paper back inside the shoebox, I felt surprisingly inspired. Inspired to embrace this quiet, personal, private side of the written word. Inspired to write more letters to my loved ones. Inspired to be more open and honest in my life. To share those embarrassing, vulnerable, beautiful words, while I still can.

And I decided to save that box of letters for the future, so I can turn to the notes in a time of need. When the rest of the world—the world that plays out on our screens, demanding our attention every minute, asking us to perform for the public—becomes too overwhelming or artificial or lonely, I can re-read these letters again and find solace in the human connection they hold. 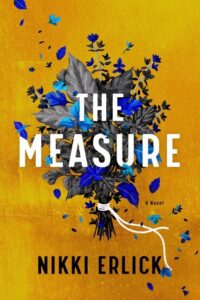 The Measure by Nikki Erlick is available from William Morrow, an imprint of HarperCollins, Inc.

Fiddleheads, F*ck Ups, and Life on the Farm 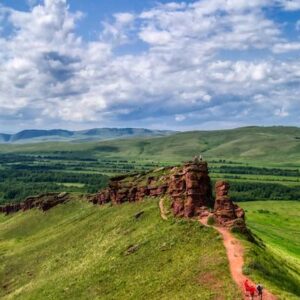 When I was a kid I read every story of exploration that I could find. I read about explorers trying to reach the north pole,...
© LitHub
Back to top
Loading Comments...