“Letters are a hinge into the invisible world; a place to share and to hone.”

I’ve caught myself trying to recreate my relationship with Meshell. In letters or emails I’ll overwrite or try to impress, hoping that its recipient will keep the thread going off into loops that bind us together as an audience of two. But even with my closest friends it always peters out after a few exchanges. I want the relationship that letters give: they’re intended for the writer and the recipient, not for a public audience to like or share or hide from feeds. Letters are a hinge into the invisible world; a place to share and to hone.

I pore over collected letters from mid-20th century writers: Robert Lowell and Elizabeth Bishop; Tove Jansson; Astrid Lindgren; Flannery O’Connor’s The Habit of Being. I know that with Meshell, I had a taste of that form of communication just as it fell into obsolescence. My correspondence with her was singular; never to be repeated.

Meshell was my correspondent. From when we met in the 1990s to when we stopped corresponding in 2009, we had a writing relationship. We attended a Methodist university but we were steeped in our respective faiths. Mine was Catholic, Filipino-American, Northeastern, and upper middle class, complete with uniforms and single-sex schools. Hers was Baptist, Black, working class midwestern with roots in the Mississippi Delta.

I was an average student; she was at the top of her class. Her Protestant upbringing made her conversant in scripture in that offhand way that leaves Catholics flat-footed. Saints fascinated her. I’d rattle off their stories and she’d write that their feast days gave the secular calendar a hidden, richer life.

I want the relationship that letters give: they’re intended for the writer and the recipient, not for a public audience to like or share or hide from feeds.

We first wrote to each other the summer after sophomore year of college. My letters were handwritten in fine point Pilot black ink on unlined, cream-colored Crane paper from a vast trove I got for high school graduation; hers in blue Bic, usually on petal pink unlined paper and then baby blue airmail letters or A4 sheets when she studied in the UK. We moved on to email and her writing style remained the same: liberal use of lower case, stream of consciousness, light on punctuation.

After college, I moved to New York and stayed there. She didn’t stay put anywhere. Her postmarks intrigued me: law school in Austin with semesters in London and Harare; post cards from Athens or Lake Tahoe. Writing from Keswick, Cumbria, she enthused about its scars and fells and dreaded returning to her studies in London. She would follow long periods of no contact—where I’d send two word emails, “You OK?”—with densely-written multi-page letters on graph paper. She may have addressed these to me, but she was also writing to herself, working out arguments, refining her point of view. I’d devour dense paragraphs addressing books we’d read, politics, religion, reggae, Lauryn Hill, the Clash. One letter could range from G.K. Chesterton to the Spice Girls, interspersed with observations regarding racism in her hometown of St. Louis versus the kinds she found in Texas, the UK, Zimbabwe, or New Mexico.

The last time I spent time with her one on one was June 2001. We saw Nina Simone in concert at Carnegie Hall. We left earlier than expected. Ms. Simone refused a second encore and berated the applauding crowd. We had mixed feelings: elation at having seen a legend, a niggling feeling that we deserved that second encore, then a grudging admiration for Ms. Simone for refusing our adulation and telling us all to go home.

There’s a review that refers to the refused encore, but I can’t find the ticket stubs to that concert or any YouTube footage of what actually happened. I’m not sure if my memory is accurate or if it was something I misremembered and, in letters, Meshell embroidered with fantasy, upping the ante to make the story funnier, richer, more dramatic. Meshell is no longer here to ask to clarify. She died in Atlanta, the city where we met. I didn’t know that she’d taken her life until two years after it happened.

More than a decade has passed since her death and hers is the death that haunts me the most. Hers was the first death—but not the last—that I had to mourn alone.

I learned of Meshell’s death during a snowstorm that grounded me in Frankfurt. Snow battered the hotel room windows as I surfed the German TV channels and idled on my phone. Toggling between various social media, I read a LinkedIn message from an acquaintance with the subject line: Meshell.

My acquaintance prefaced her question with caveats and context: a colleague had researched Meshell for project work and came up with an obituary.

Did you now that she’d died? My acquaintance wrote. I didn’t know.

No. I wrote back. I didn’t know either.

By the end of that night, I found that Meshell had died nearly two years before. I re-read Facebook messages I’d sent her; emails she never answered that I’d put down to us growing apart. The last time she wrote me I’d just had a baby. I was tetchy, touchy. She’d written something about me going forth and multiplying that I took as a dig. Fuck you, I thought at the time. Fuck you and your exciting life.

She said, “Please don’t let me end up like Nina Simone.” By that I think she meant: being mean to an audience who loved her but expected her to act a certain way.

I’ve been thinking of Meshell a lot over the past year as Covid-19 rampaged across the world. Deaths learned of and communicated through the whisper down the lane of texts, social media posts, phone calls. Second-hand mourners grieving in far-flung states, time zones, continents. Lives lost and unmarked, grief expressed through screens.

Meshell had circles of friends that never interacted with each other. She was the hub and we were the spokes. So I mourned her in that hotel room alone. I never attended a memorial service for her, never ate ham sandwiches in a church hall with her relatives. I never toasted her memory with classmates, remembering how she’d dance, or limp after a knee surgery, or laugh—her hand over her mouth, ashamed of her crooked teeth—or her obsessions with Bob Marley and Prince; her deep disappointment with institutions that failed her that she’d write about with bitterness: family, the class system in the US that we never talk about; the legal profession that she never fit into. More than a decade has passed since her death and hers is the death that haunts me the most. Hers was the first death—but not the last—that I had to mourn alone.

The Lord watches over you—
the Lord is your shade at your right hand;

the sun will not harm you by day,
nor the moon by night.

In it, she said, “Please don’t let me end up like Nina Simone.” By that I think she meant: being mean to an audience who loved her but expected her to act a certain way. Or maybe it meant she didn’t want to become someone who saw too much of the world to submit to its rituals—even those of politeness—because witnessing our world’s descent into barbarism made this display of give and take a sham. I will never know.

Jen Mediano’s work has appeared in Sand Hills Literary Magazine, Tupelo Quarterly, the Inquisitive Eater, and Public Seminar. She’s the host and creator of the Swears & Prayers podcast. Find her at themediano.com 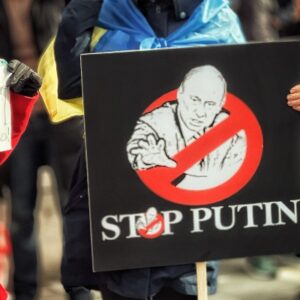