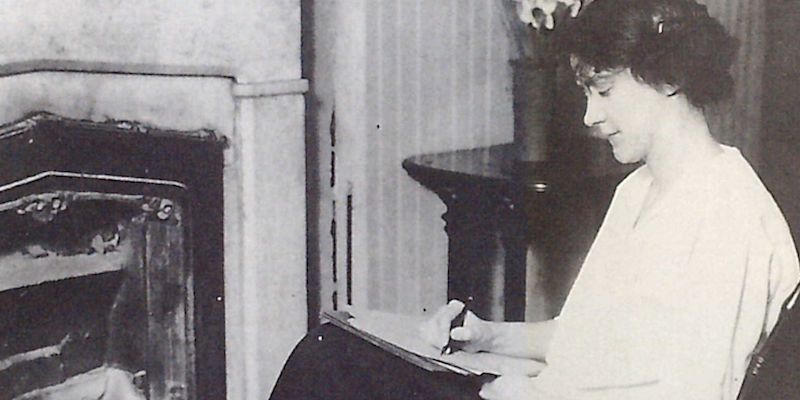 One evening in December 2019, my daughter, then a senior at a women’s college preparatory, thrust a handful of pages at me. “Mom, you have to read this.” It was a 1917 short story entitled “A Jury of Her Peers” by Susan Glaspell, which was based on “Trifles,” the play she’d written and performed in 1916.

When the story opens, a farm wife named Minnie Foster Wright has been taken to jail for the possible murder of her husband, and the sheriff, county attorney, and a male neighbor arrive at the Wrights’ lonesome residence to look for the motive and evidence that will convict Minnie of the crime. Accompanying the men are two women who’ve been brought along to collect some personal items to deliver to the accused: Martha Hale, the neighbor’s wife and friend to Minnie in childhood, and Mrs. Peters, who’s married to the sheriff.

Looking around Minnie’s disheveled kitchen, the attorney criticizes the sticky cupboard door and dirty towels, even kicks the unwashed pans under the sink. “Not much of a housekeeper,” he says. When Martha defends her by remarking that there’s a lot of work to be done on a farm, and towels get dirty because men’s hands aren’t always clean, he laughs. “Loyal to your sex, I see.” He proposes the men go upstairs, where the husband had been strangled, then casts a final, disparaging look around the kitchen and wonders aloud if there might be anything important there that could point to a motive. The sheriff answers, “Nothing here but kitchen things,” and the three go up to begin their investigation.

Here, at the peak of the story’s patriarchy, ironically demarking the quiet reversal of power between the male and female characters, is where the narrative gets interesting. The men, quick to comment on Minnie’s shortcomings as a homemaker, fail to wonder why a woman might’ve left dishes in the sink or a bag of sugar out on a messy table.

But the women don’t. While the men look for evidence upstairs, downstairs, the women begin to notice the “trifles” their husbands dismissed so sarcastically, and gather their own clues about what life at the Wright place might’ve been like. They interpret the cheerlessness of the place, her sloppy quilting stitches, and an empty bird cage that looked as if someone had been “rough with it” as signs of domestic abuse and emotional trauma.

In just a few pages, Susan Glaspell masterfully explores the themes of women’s oppression in a patriarchal culture, the effects of social and emotional isolation, and the obligations neighbors have to one another.

Carefully navigating the risky territory of exposing their thoughts to each other, the two wonder aloud what it would’ve been like to live so long in such a quiet, childless home with a “hard man.” They express regret at shunning Minnie, someone who must’ve been lonely, who might’ve wanted a bird to keep her company. Then, to their horror, they discover the body of a canary hidden in her sewing basket. Like Minnie’s husband, it had been strangled to death.

And then again the eyes of the two women met—this time clung together in a look of dawning comprehension, of growing horror. Mrs. Peters looked from the dead bird to the broken door of the cage. Again their eyes met.

With the kitchen as courtroom, exchanging only furtive glances and brief words, Martha and Mrs. Peters identify the means, motive, and opportunity Minnie had for dispatching her husband, and decide on their own that his death was justified.

When this story was written, women in the U.S. couldn’t vote, and in most states they couldn’t serve on juries. Overcoming their previous judgments of her, the protagonists silently agree that the years of abuse Minnie suffered was punishment enough—and that an all-male jury would likely not see it the same way.

For a moment Mrs. Peters did not move. And then she did it. With a rush forward, she threw back the quilt pieces, got the box, tried to put it in her handbag. It was too big. Desperately she opened it, started to take the bird out. But there she broke—she could not touch the bird. She stood there helpless, foolish. There was the sound of a knob turning in the inner door. Martha Hale snatched the box from the sheriff’s wife, and got it in the pocket of her big coat just as the sheriff and the county attorney came back into the kitchen.

In just a few pages, Susan Glaspell masterfully explores the themes of women’s oppression in a patriarchal culture, the effects of social and emotional isolation, and the obligations neighbors have to one another. In the beginning, Martha and Mrs. Peters endure their husbands’ misogyny and dutifully carry out their demands. However, after developing a sudden and profound empathy for Minnie’s suffering, which they understand from having dealt with versions of male domination in their own lives, they come to identify themselves as women first, wives second. When the sheriff’s wife is reminded that she is “married to the law,” she looks away; their exoneration and protection of Minnie will change them forever. “We all go through the same things,” Martha says. “It’s all just a different kind of the same thing!”

Glaspell’s work sits firmly alongside that of other first-wave feminist writers such as Mary Wollstonecraft, Kate Chopin, Virginia Woolf, and Louisa May Alcott, all of whom supported—in life and in literature—equal rights for women in their economic, social, civic, and political status relative to men. Strangely, though she was the second woman to win the Pulitzer Prize for drama (Alison’s House, 1931) and her vast oeuvre was widely read during her lifetime, Glaspell’s popularity among American readers dwindled after her death in 1948.

In recent years, there’s been a renewed interest in her work—especially “A Jury of Her Peers,” now considered a feminist cult classic—which is how I was introduced to it. My daughter’s former teacher, whose academic passions are women’s studies and literature, came across it in a textbook and assigned it to the class. “They loved it,” she told me later. “The discussions that came from it were incredible and inspired further research and exploration.”

I felt the same way after reading it—so much so that I decided to reinterpret the story in the present day, in my own neighborhood. The concerns in Glaspell’s story are as prevalent and relevant now as they were a hundred years ago, and I wanted to imagine what contemporary circumstances might lead to a similar set of circumstances. Although my novel departs from the original story in many ways, I decided to honor its origins and underscore the timelessness of its themes by using Glaspell’s and other turn-of-the-century names for my contemporary characters.

In spite of certain social and legal advancements since Glaspell’s story was published, many of which are being threatened yet again by the current misogynists in power, we haven’t evolved all that much.

It was one moment in particular that inspired me to invite Glaspell’s characters to my own tiny incorporated city of West University Place within the city limits of Houston, Texas in 2019: when Martha reproaches herself for avoiding Minnie for years because the Wright home “weren’t cheerful,” saying, “Oh, I wish I’d come over here once in a while! . . . That was a crime! Who’s going to punish that?” Her comments suggest that in the story, as in life, there are many “crimes” that women commit against one another that aren’t punishable by law: scrutiny and social neglect, competition and condescension.

It was these petty prejudices and nonviolent cruelties committed between and among women at kitchen tables, cocktail parties, gala auctions, and in little league bleachers that I wanted to explore in novel form. The kinds of Hopper-esque, late-afternoon transgressions that I, a modern Martha, have experienced—and perhaps even perpetrated—as a member of my community. The chapter in which Martha bumbles around the local fundraising gala was inspired by many I’ve attended since living here. Putting bid stickers on a few items in the silent auction, a drunk woman I didn’t know bumped into me, sloshing her cocktail down the front of my dress, and slurred, “Don’t even bother. I want it and will out-bid all you bitches.”

Do I worry about how my actual neighbors will feel about the fictional ones in A Gracious Neighbor if they are to read it? Definitely. Especially the two who would absolutely recognize themselves. Otherwise, the characters are simply stereotypes and composites who could be members of any insular, well-to-do community. If they see something of themselves and don’t like it, then perhaps they’ll decide to behave better going forward. What I’ve learned by writing a story like this is that in spite of certain social and legal advancements since Glaspell’s story was published, many of which are being threatened yet again by the current misogynists in power, we haven’t evolved all that much. We still have a great deal to learn about how to live and work together, how to respect and honor one another, and how to treat each other’s “trifles” with gracious solidarity. 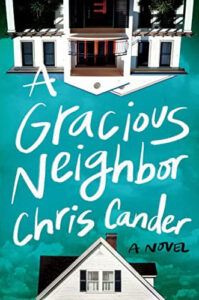 A Gracious Neighbor by Chris Cander is available now via Little A.

CHRIS CANDER graduated from the Honors College at the University of Houston, in the city where she was raised and still lives, with her husband, daughter, and son. For seven years she has been a writer-in-residence for Writers in the Schools there. She serves on the Inprint advisory board and stewards several Little Free Libraries in her community. Her first novel, 11 Stories, won the Independent Publisher Gold Medal for Popular Fiction, and her most recent, Whisper Hollow, was long-listed for the Great Santini Fiction Prize by the Southern Independent Booksellers Alliance. She is also the author of The Word Burglar, which won the 2014 Moonbeam Children’s Book Award. 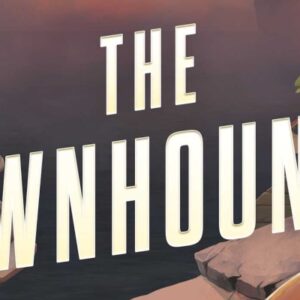