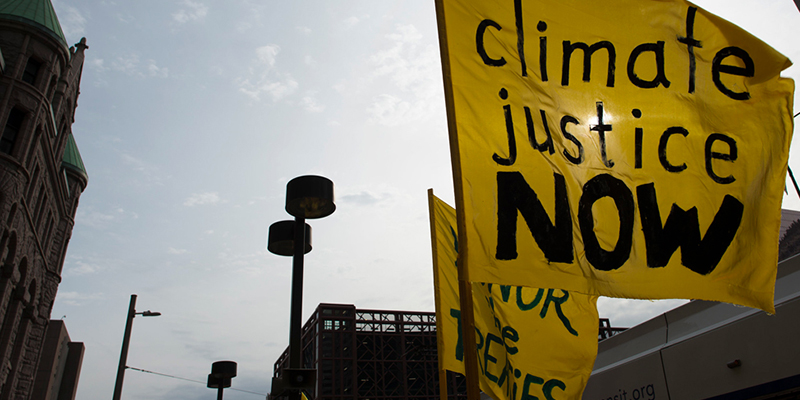 Kate Brook on Embracing Imperfection in Facing an Existential Threat

How do we talk about climate change? Among certain groups, and in some corners of the internet, it can feel like no one is talking about anything else. But on average, it seems the preferred response is silence. According to a recent study, only 35 percent of people in the US actually talk about the climate crisis “at least occasionally”—even though 72 percent of them believe that it is happening and 65 percent are worried about it.

Such figures point to avoidance on a massive scale—to the sort of seeping dread that never makes it up to the surface, where it could be properly confronted and channelled in a more productive direction. If the majority of us aren’t talking about climate change, it seems safe to assume we aren’t doing much about it either. It isn’t hard to imagine how such a turning-away, such a refusal to look directly at what threatens us, might appear to future generations (or what is left of them). How did we ever think we could solve the problem if we couldn’t even talk about it? How could we bear to speak of anything else?

And yet I recognize this behavior in myself too: without a doubt, I think about climate change a whole lot more than I talk about it. There are always, invariably, so many other things to discuss. We are all busy, as Jessie Greengrass puts it in her 2021 novel The High House, “doing those small things that [add] up to living.” We are preoccupied with our careers, our vacations, our families, and while we might sprinkle our conversation with a little light contemplation of the coming apocalypse, to truly confront what climate breakdown might mean for us personally—for those same careers, vacations, and families—is an effort of mental will that few of us have the stomach for.

How did we ever think we could solve the problem if we couldn’t even talk about it? How could we bear to speak of anything else?

Besides, we don’t only have ourselves to consider. Forcing others into a conversational space where they must confront their own future misfortune and possible demise goes against hard-wired social instincts. Unsettling people, stoking their anxieties, “telling hard truths”—it feels inappropriate, even rude. In Jenny Offill’s Weather (2020), a preoccupation with the crisis combined with a few too many drinks turn the protagonist, Lizzie, into a party pooper: “If only I’d remembered that old proverb: When three people say you are drunk, go to sleep. Because the fact that there are six thousand miles of New York sewers and all of them lie well below sea level has become my go-to conversational gambit.”

Weather is an exceedingly accomplished example of fiction as a place where these kinds of issues can be worked through (and, crucially for our collective sanity, laughed at). In my own writing, it has felt important to make an attempt at depicting the social dynamics of the situation we are facing—its tensions, contradictions, absurdities. My debut novel, Not Exactly What I Had in Mind, features a couple trying for a baby; one of them, Emily, whose desire to become a mother has recently become more powerful than her fear of what the future might hold, contemplates with some bemusement the inevitable reactions of those around her:

Like Emily, I am of an age where people start making investments in the future. Among my friends and contemporaries, property is being purchased; babies are being had. As a topic of conversation, the climate crisis isn’t off-limits, but it requires careful navigation. The effects of air pollution on juvenile lungs, the presence of microplastics in the placentas of unborn babies, the areas of the country predicted to be regularly under water by the middle of the century—somehow, these don’t always feel like appropriate topics of discussion when your interlocutor has recently become a homeowner, a parent, or both.

Then there is the question of our complicity. There is a certain amount of social capital to be gained from treading more lightly on the planet, whether by eating less meat, or taking fewer flights, or buying only second-hand clothes. Yet the broadcasting of such efforts can trespass into the realm of virtue signaling, and if there’s one thing we all dislike, it is having our own failures highlighted to us by a person assuming the moral high ground.

In The High House, Greengrass predicts that we will always feel this way, no matter how pressing the emergency: the novel is set at an indeterminate point in the future when society is on the brink of collapse, but even so, the teenaged Caro resents her activist stepmother for “the feeling she brought into a room that we were all failing against standards that were impossible to match, and […] the fear she also brought, the constant awareness of consequences that she would let us neither forget nor ignore.”

The truth-teller in our midst—the person who looks directly at the threats and injustices from which everyone else would rather turn away—can come across as the specter at the feast. How many people have found their enjoyment of a cut of meat tarnished by the presence of a vegan at the table? Said vegan need not comment, nor voice any judgement; they already radiate a certain defiance. Simply by identifying as vegan, they underscore the moral deficiencies of all those who do not. I am a guilt-ridden omnivore-slash-flexitarian, and tend to react to this subtext with contrition, avoiding meat when vegans are near in my eagerness to prove that I, too, can make ethical choices. Others react with belligerence and defensiveness, as if their own integrity depends on proving vegans wrong.

This is a paralyzingly unproductive attitude, and it trickles down, leaving some feeling justified in not taking action and others feeling that they are simply too flawed to try.

This is another conflict that found its way into the pages of my novel. In one dinner scene, cartoonist Hazel orders a steak in the company of two vegans, and, almost immediately wishing she hadn’t, tries to allay her guilt by picking a fight with one of them, her sister Emily. Taking the bait, Emily implicitly accuses Hazel of hypocrisy on the grounds that she has been using her webcomic to parrot earnest messages about climate change.

Hazel’s trump card—that she will probably never engage in the carbon-heavy activity of procreating, and should thus be able to eat all the steak she wants—is deeply hurtful to Emily, who wants nothing more than to have a family. Each sister having itemized the other’s environmental inconsistencies, the dinner is all but ruined: by the time the food arrives, Emily has stormed off and Hazel is full of regret, her shame compounded by the fact that Alfie, her flatmate and fellow-meat eater, has done the decent thing and ordered a portobello mushroom burger.

Is this why so few of us talk about the climate crisis—for fear such discussions will degenerate into scenes like this? The efforts we make to lead greener lives can always be undercut by counter-accusations: the vegetarian who flies, the plastic-averse car owner, the activist with four children. The charge of hypocrisy is frequently weaponized against environmentalists, particularly in the right-wing press; the message is that only those with a saintly track record have the right to speak out about the crisis. This is a paralyzingly unproductive attitude, and it trickles down, leaving some feeling justified in not taking action and others feeling that they are simply too flawed to try.

“I always thought it was ridiculous to try and fight for social change when I couldn’t even get my own house in order,” writes Offill on her website. “How could a meat-eating, plane-flying, march-hating person like me ever find a place in the climate justice movement?” But of course, if the only people allowed to join the climate justice movement were paragons of off-grid virtue, there would be no such movement at all. As my character Daria points out cheerfully, “the planet is being damaged by our very existence.

The only way to avoid hypocrisy, as an environmentalist, is to kill yourself.” And so she and the other characters muddle along imperfectly, doing what they can, making mistakes, not finding any concrete answers but not losing hope either—seeking, as Offill puts it, “what they might fight for in this half-ruined world of ours.” I hope the book in which they do so contributes in its own small way to a conversation happening both on and off the page, not just about the innumerable dangers we face, but about how we respond to them—and how they may yet be overcome.

The world is unpredictable and strange. Still, there is hope in the madness
How to fight climate despair
How and why to have climate conversations
Six promises you can make to help reduce carbon emissions
Are you a climate change hypocrite? Here’s why you shouldn’t worry 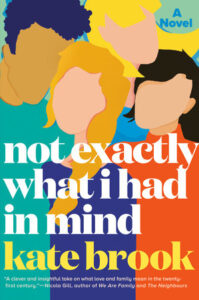 Not Exactly What I Had in Mind by Kate Brook is available now via Dutton.

Kate Brook lives and works in London. She has a PhD in French Literature and Visual Art from King’s College London, and a master’s in European Literature and Culture from the University of Cambridge. Her short-form writing has been published in The Fiction Pool and The Real Story. Not Exactly What I Had in Mind is her debut novel. 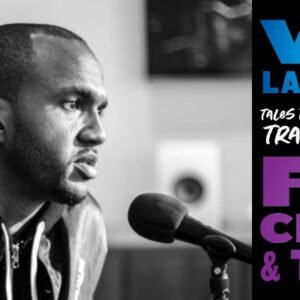