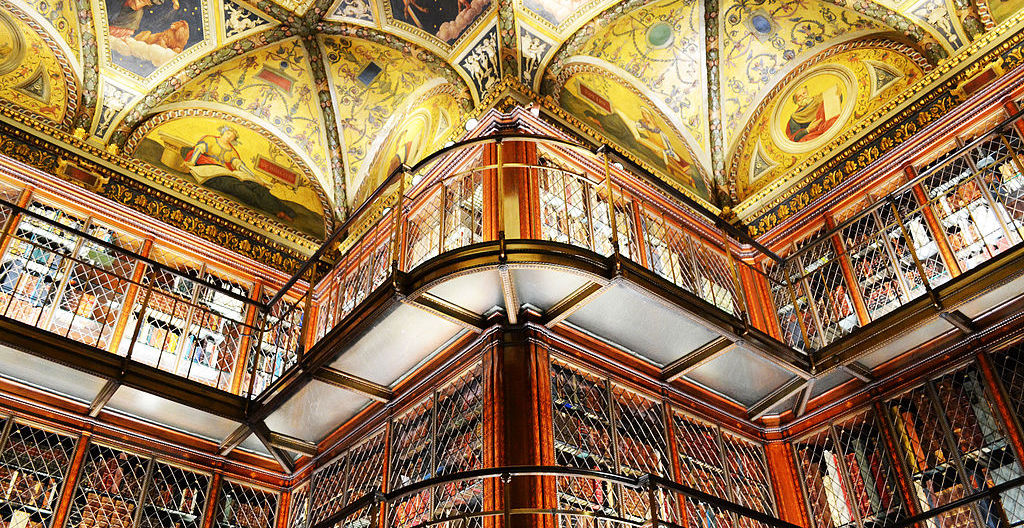 “Just because I’m a librarian doesn’t mean I have to dress like one!” These words were uttered more than a century ago by a young woman without a penny to her name, who was madly in love with books, and beauty, and freedom in all its forms. Her name was Belle Greene, and she dared the impossible.

I first “met” Belle more than thirty years ago, when I was doing research for my first book, about another American grande dame, Fanny Stevenson, the wife of Robert Louis Stevenson. That research had led me deep into the archives of the Morgan Library, a wondrous library in the heart of Manhattan. The memory of the Morgan’s director, Miss Belle da Costa Greene, who had spent the first half of the twentieth century collecting the world’s rarest and most beautiful books and manuscripts, could still be felt lingering in its reading rooms. People spoke of her beauty; her air of mystery; her astonishing boldness.

I never forgot her.

And when, many years later, in a small bistro in Rome, an art historian spoke to me again about the treasures collected and preserved by Belle Greene at the Morgan Library in New York, I wanted to know more about her.

Although the adult Belle Greene’s career unfolded among illuminated manuscripts, with bindings encrusted with precious stones, she was born into poverty. And in turn-of-the-century New York, it was rare—very rare—for a poor young girl to raise herself up into high society—unless she became the mistress, or the wife, of a wealthy man.

And yet, almost everything about Belle was a lie.

Belle, however, did nothing of the sort. She climbed the social ladder by the sheer strength of her intelligence and determination until she had won the minds and hearts of bankers, aristocrats, artists, and intellectuals on two continents—and become not just the highest-paid woman in America, but the freest as well.

And yet, almost everything about Belle was a lie: her name, age, birthplace, parentage. She was concealing an explosive secret—one that, if discovered in an America where segregation and racial violence were commonplace, would have cost her everything. For, despite appearances, and contrary to what she allowed everyone to believe, Belle was not White, but African American, born in a Black quarter of Washington, D.C.

The ignominious “one-drop rule,” which stipulated that the possession of even one Black ancestor, no matter how many generations previously, meant that a person was considered Black themselves, made it illegal for Belle to share even a glass of water with her numerous White friends and admirers. Her real father, a famous Black activist, saw his daughter’s decision to pass for a White woman as an unforgivable betrayal, and the danger that he might give her away at any moment was ever-present.

In practical terms, the revelation of Belle’s true origins would have meant trial and imprisonment—at best.

Determined to bear witness to Belle Greene’s incredible destiny, I quickly decided to tell the story of her life based on archival documents. I would respect the facts as I knew them and recreate this woman’s journey, more fantastical than any fictional tale, in a way that was as close to reality as I could make it.

That was my obsession… and the start of my problems.

The major obstacle, or rather tragedy, that I was about to find myself up against was that this woman, who spent her entire life championing the conservation and transmission of knowledge, this immensely talented librarian and archivist who worked day and night to preserve the collective memory of mankind, had been forced to erase her own history in order to survive. To burn all her personal papers so that no hint of her true origins would remain. So that her secret would stay safe.

This immensely talented librarian and archivist who worked day and night to preserve the collective memory of mankind, had been forced to erase her own history in order to survive.

Birth certificates. Private diaries. Business records. Letters. All of it, up in smoke.

On the very day before her death, to ensure her family’s safety after she was gone, she completed this auto-da-fé in her bedroom fireplace, destroying the very last traces of her existence.

A pile of ash. Disastrous for a biographer, and even for a novelist!

How, where, would I find Belle now?

Then I had an idea.

Belle wouldn’t have been able to recover all her letters for consignment to the fire, of course. It would have been impossible to get them back from her hundreds of friends all over the world, from the various lovers she’d taken over the course of forty years, from an entire career’s worth of colleagues.

Their voices no longer existed; it was true. But hers? She still spoke, still reflected, still confided her innermost thoughts in the pages she had sent to them. Might those pages still exist somewhere, preserved by the descendants of her many correspondents?

Of those correspondents, there was one that Belle had adored above all others, one to whom she had written every night of their half-century-long love affair: Bernard Berenson, the great historian of Italian art, who had bequeathed his grand home in the countryside outside Florence, the opulent Villa I Tatti, to Harvard University—along with its library and all its archives.

And so I traveled to Tuscany, to read, read, read—every one of the 628 love letters Belle had sent to Bernard Berenson, some of them stretching to more than 20 double-sided pages. Without ceremony or self-censorship, Belle poured herself out through her pen: funny, manipulative, loving, curious, jealous, exasperating, charming. Her vitality wholly intact.

How could I bring Belle back to life, after all, without reading the accounts—sometimes dazzled, sometimes perplexed—of those who had known her, admired her, loved her?

But now I had a new problem: it was prohibited to photocopy any of the documents held at the Villa I Tatti. Photographing and scanning were likewise forbidden. And so, if I wanted to remember them, I was going to have to copy them out myself.

The trouble is that I’m incredibly slow at the keyboard. I type with two fingers, and I hate it. Faster to handwrite—but here again, the use of ink pens was forbidden, for obvious reasons of conservation. Only pencils were allowed.

How can I begin to describe my exasperation at this loss of time? How was it possible that, in the 21st century, I had to labor away with a pencil like an idiot, when it would have been so easy to—

After a week of writing down Belle’s thoughts, day by day, word by word; of filling the lines of my notebooks with her confidences in my own handwriting; of suffering when she suffered and laughing when she laughed, I began to think, to feel, to love, to joke like Belle. In short, I began to live her life.

I didn’t copy out all of the 628 letters it had taken Belle herself 40 years to write, of course. But how very fortunate the inability to photocopy or scan turned out to be for my work. Simply reading these texts would never have given me the same depth of understanding of Belle’s character. It would never have allowed me to remember in such a personal, almost intimate way, the kinds of relationships she had with the people whose names crop up again and again in her letters, but who were strangers to me. The English museum curators, Italian collectors, and French art dealers of a bygone age.

And now a mad investigation began, as I followed the trails of Belle’s correspondents from Florence to New York, London to Paris. It was one of the greatest adventures of my life.  How could I bring Belle back to life, after all, without reading the accounts—sometimes dazzled, sometimes perplexed—of those who had known her, admired her, loved her?

Like a detective piecing together clues to discover the truth, I traced these individuals systematically, finding among their papers other letters from Belle, scattered throughout libraries across the world, all of them revealing to me new facets of her remarkable personality.

That was how, almost by chance, I came across an envelope addressed to Belle. An envelope double-sealed with wax, whose terrible contents would have told her the truth about the tragedy involving the person she loved most in the world. An envelope containing a letter that would have sounded the death-knell of all her hopes, and revealed her secret to the world.

It was with that letter—which, fortunately, Belle never read, or even received—that I chose to open my book about the magnificent Miss Greene. 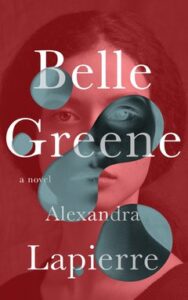 Alexandra Lapierre is a bestselling French novelist, short story writer and biographer. She graduated from Sorbonne University and the University of Southern California. Among her works that bring back to life great women and characters neglected by history, is the international bestseller Artemisia (Vintage, 2012). Her books have been published in more than twenty countries. 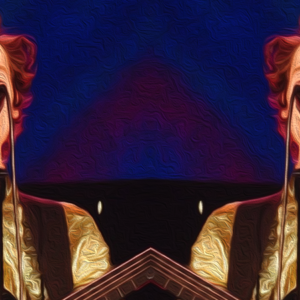 Early in the morning on February 25, 2020, Harry Styles sat on a stool behind Bob Boilen’s desk and played four songs for an NPR Tiny...
© LitHub
Back to top
Loading Comments...