Janine Barchas on Jane Austen, gritty educational reformer of the working class • The risk, and reward, of turning from memoir to fiction: Amy Jo Burns drives into the unknown • Can we know our own faces in a tech-dominated society? • Liesl Schillinger on the Founders inability to conceive of a president like Trump • Remembering legendary editor Alice Mayhew • When we call a book “cinematic,” what do we really mean? • On My Dark Vanessa and the way stories of trauma get told • Here are the top ten MFA archetypes to avoid (becoming) • What the great Russian writers didn’t understand about the criminal mind • How to write autofiction about your family without losing your mind • The delicate art of living alone • Melissa Mesku remembers Jade Sharma’s irreverence and audacity • Dahlia Lithwick and Moira Donegan on Brett Kavanaugh, “male law,” and what happens when women tell the truth • Googling literary lesbians: on Carson McCullers and the erotics of incompletion • Enjoy the 25 best bad Amazon reviews of The Talented Mr. Ripley • In repudiating the Lost Cause, was “The Burning” the hardest story for Eudora Welty to write? • How capitalism has distorted desire in the #MeToo era • What happens when you treat writing like acting?

• Gish Jen talks to Mimi Lok about The Resisters, baseball, and taking risks • Ariana Neumann on finding traces of her Jewish family member’s life in Nazi-occupied Bohemia • What Lawrence of Arabia understood about the Middle East • How does focusing on the self affect a woman’s sex life? • A poem from Mark Bibbins’ collection 13th Balloon • Gabrielle Bellot on rereading Joan Didion in this hard American winter of 2020 • Richard Wagamese on anti-Native racism and deciding to fight back • Sophia Leonard details Truman Capote’s unfinished investigation on Russian socialites • Sam Wasson the early day of Los Angeles detective fiction • The 2020 Oscar nominations prove that Hollywood still hasn’t seen through the smoke

Olivia Rutligiano is on the trail of Hollywood’s most coveted prize—the stolen Oscar  • Wendy Heard celebrates a dazzling array of women-authored crime fiction coming out of Los Angeles in 2020 • In a city of the displaced, searching for crime fiction is an act of excavation: Peter Kimani on Nairobi noir • Film scholar Sam Wasson on the true crimes and Los Angeles detective fiction that inspired the making of Chinatown • Here are 9 crime and mystery novels you should read this February • Remembering the incalculable influence and resilient heroines of Mary Higgins Clark • Lee Goldberg on his quest to revive Ralph Dennis’s Hardman series • Kathy Peiss celebrates the quiet heroism of her uncle, a librarian turned WWII spy • Sophie Hannah on the creepiest families in fiction • Sarah Pinborough recommends ten books where setting is a character 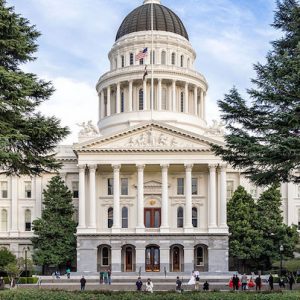 California runs on tech-driven gig labor, and its creepy, dehumanizing effects are everywhere, from lawsuits over working...
© LitHub
Back to top