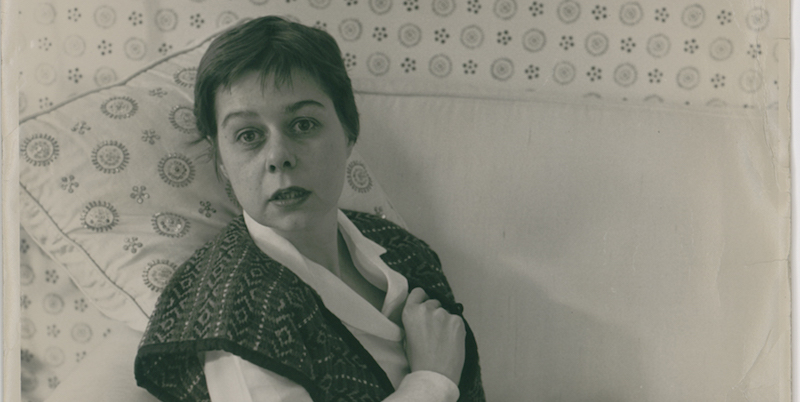 Googling Literary Lesbians:
On Carson McCullers and the Erotics of Incompletion

The moment I found the archived letter that explicitly referred to Octavia Butler as a lesbian, I immediately texted all the people in my contact list who might give a damn. Sure, several of her obituaries used the word as if it were fact, but that caused a bit of an uproar amongst the faithful crew who maintained that she only ever claimed the identity of hermit. “We have proof!” I typed and typed again. Of course, this was no certain proof—these weren’t Butler’s archival materials or even the materials of someone who knew her all that well. I didn’t care. The casual and confident use of the word “lesbian” by one of her contemporaries was enough for me.

Now here I am, typing “was Octavia Butler a lesbian” into Google. (As far as I can tell, the jury’s out.) This isn’t the first time I’ve caught myself asking my own version of The Question. “Was Emily Dickinson/Sylvia Plath/Julia Child a lesbian.” Like Jenn Shapland, the most recent addition to my library of lesbian writers, “I cannot tell you the number of times I’ve typed this search with different women’s names.” She understands the compulsion. She won’t judge me. Besides, we’re not attempting to disprove speculation in some act of lesbian erasure masked as responsible scholarship. We’re asking The Question to give our speculation legs.

Yes, locating lesbians is about naming people as our kin, but it’s also about collecting a body of literature that speaks to our experiences of desire, identity, and language. We seek literature we can love that also loves us back. Literature that feels lesbian, even when an explicitly lesbian character isn’t present. Just as Bertha Harris claimed Djuna Barnes, so Shapland claims the famously ambiguous southern novelist in My Autobiography of Carson McCullers. Or does she? She might refer to Carson McCullers as a lesbian, but “to claim” implies ownership. This is something else.

Though I’d never heard of Carson McCullers’ work until graduate school at a southern institution, she was wildly popular during her lifetime. McCullers’ debut novel, The Heart is a Lonely Hunter (1940), became an immediate bestseller, and her second novel, Reflections in a Gold Eye (1941), was adapted into a film starring Marlon Brando as a closeted US Army officer and Elizabeth Taylor as his wife. She was awarded two Guggenheim Fellowships and was allowed to come and go from Yaddo pretty much as she pleased. Richard Wright deemed her the first white southern writer to handle black characters with as much ease as those of her own race and Tennessee Williams considered her the greatest writer of her generation. McCullers’ work consistently explores queer desires, yet the fact that she married a man, divorced him, and then married and divorced him again seemed to some biographers to be a case against lesbianism. Still, her intense relationships with women are well-documented, and upon the release of McCullers’ therapy session transcripts in 2013 (transcribed because McCullers hoped to use them as the basis of her autobiography), the world gained even more documentation.

In No Archive Will Restore You, Julietta Singh describes two different ways of thinking about “the emergence of desire,” both in terms of archival research and more generally: it bursts forth from a single moment that drastically alters the trajectory of your life, or it gradually accumulates through a repetition of behaviors and longings. “While I know that my desire for [what the archive might have to offer] is in reality a long accrual,” she writes, “I imagine it as this single solitary moment.”

In the study of lesbian history, the desire for proof is generally one the researcher doesn’t expect or even want to have satisfied. Queer research can feel like a secret club, where evidence is stored only within the blood that rushes from our bellies to our cheeks and is exchanged via intuition and rumor. When Shapland finds her proof, several years into researching McCullers, she’s overwhelmed by the verification of that which she’d known all along. Her girlfriend doesn’t share in her sense of shock. “‘Isn’t this what you were looking for?’” she asks. “‘Well,’” responds Shapland, “‘I didn’t think I’d actually find it.’”

The act of piecing ourselves together through each other shows up again and again in lesbian literature.

I’m not ruining anything—this moment of discovery happens fairly early in the book. Which is to say, proof might be relevant, but it’s not the point. Often, the act of writing a biography is one on hand an attempt to uncover some previously unseen truth about a person, and on the other an effort to establish narrative or analytical meaning to the messiness of life. For Shapland, it’s more about finding a way to accept the mess in all its absences and utterances and to be honest with herself and her readers about what it is she wants from the archive. Ultimately, Shapland’s book aims to behold a woman she’ll never meet and to love her without laying claim.

McCullers died before she finished her autobiography, released posthumously in its very incomplete form as Illumination and Night Glare (2002). There is something profoundly tender in the way Shapland treats the series of incompletions and irresolutions she traces across the author’s life. Though McCullers ultimately decided her therapy transcripts were worthless, Shapland sees a book in their starts and stops, erasures, lost pages, and unprovable suggestions.

While it’s unclear whether McCullers ever had sex with any of the women she longed for—which for way too many people is the only acceptable “proof” of lesbianism—Shapland leaves open the very real possibility without needing it to be fact. What she sees in Carson, as she calls her, is “a familiarly protracted becoming” that she can only render imperfectly: “I wonder, constantly, what I might be omitting, revising, censoring. What I am unable to see or let be seen. About Carson, and about myself.” This kind of love acknowledges the fundamental separation between lover and beloved while also understanding that through our most deeply-held desires, “we are shards of others.”

The act of piecing ourselves together through each other shows up again and again in lesbian literature. Sure, it can fringe on enmeshment when done possessively and without regard for one’s own motivations, and that’s a stereotype that makes for a handful of easy punchlines. But all jokes aside (cue joke about humorless lesbians), what so often gets overlooked is the great possibility in considering self-creation as a collaborative work of love in which we carry the bodies of others within our own. “Nothing about you has faded,” says Jeanette Winterson’s nameless narrator of Written on the Body. “You are still the colour of my blood. You are my blood. When I look in the mirror its not my own face I see. Your body is twice. Once you once me.” The woman that the narrator loves is dead, but not. The narrator is the woman that she loves, but not. When we continually re-make ourselves and each other through intimacy, we’re never done becoming.

The erotic, as Audre Lorde describes it, is “a measure between the beginnings of our sense of self and the chaos of our strongest feelings.” Lesbian literature seldom traffics in the rhetoric of the self-made hero; to live fully requires tapping into the space between who we think we are and what we feel, which so very often has to do with what or whom we desire. Lorde did not write a memoir, but instead a “biomythography” she titled Zami: A New Spelling of My Name, after a Carriacou word meaning “women who work together as friends and lovers.” To write of life as a myth might seem like a dishonest act of exaggeration or idealization, yet Lorde uses the idea of mythos to frame the narration of life as inextricable from the expansive web of stories that change us.When Shapland dedicates her book to “Your Carson,” she gives her work over to her readers so they too can behold McCullers, identify with her, and become themselves. She belongs to no one and everyone and will remain, like the rest of us, eternally and beautifully incomplete. So when I refer to Carson McCullers and Octavia Butler as lesbians, I do so out of existential necessity, but also, and especially, for the sake of love.

Sarah Heying is a PhD student in English at the University of Mississippi, where she researches the relationship between reproductive politics and creative practices in southern lesbian literature. Her short stories and essays have appeared or are forthcoming in West Branch, The Greensboro Review, Lambda Literary, Bitch, and elsewhere.

Day One at Yalta, the Conference That Shaped the World: 'De Gaulle Thinks He's Joan of Arc' 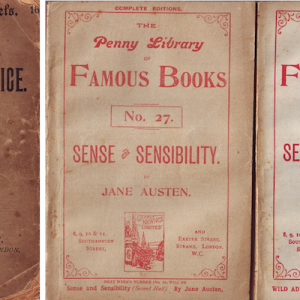 From about 1890 to 1940, a half century of ultra-cheap editions of Jane Austen’s novels aimed explicitly at educating the working...
© LitHub
Back to top