The 25 Best Bad Amazon Reviews of
The Talented Mr. Ripley

Twenty-five years ago today, Patricia Highsmith—garrulous author of The Talented Mr. Ripley, Strangers on a Train, and The Price of Salt, among other great works—died at the age of 74. I like to think she’d get a kick out of the fact that Tom Ripley is still consistently listed among the greatest literary characters of all time—and also that some people out there just don’t understand why.

Common criticisms of Amazon reviewers were that it was boring, that there’s no way the Italian police can be that stupid, that the movie was better (I have to admit that commenter Tim Whan is right in one respect: Matt Damon’s butt could improve pretty much anything), and of course (of course!) that Tom Ripley (and sometimes Dickie and Marge too) was irredeemably unlikeable. I mean guys, he is a murderer. He’s not supposed to be your best friend. He’s an anti-hero! Look it up.

However, in a win for the reading community at large, there weren’t as many one-star reviews as there have been for some of my other favorite books. Luckily, expanding the field to one- and two-star reviews did nothing to lessen the glory of indignant and incorrect commentary, which can be summarized thusly:

But if you’d like all the amusing, whiny details, you shall find them below. 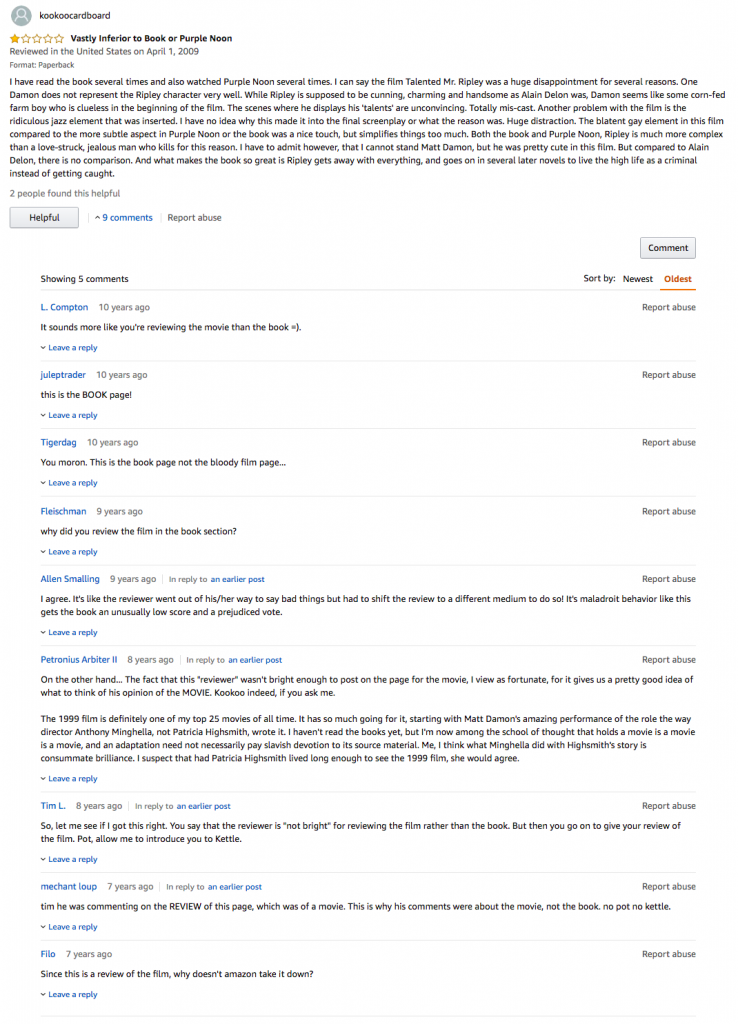 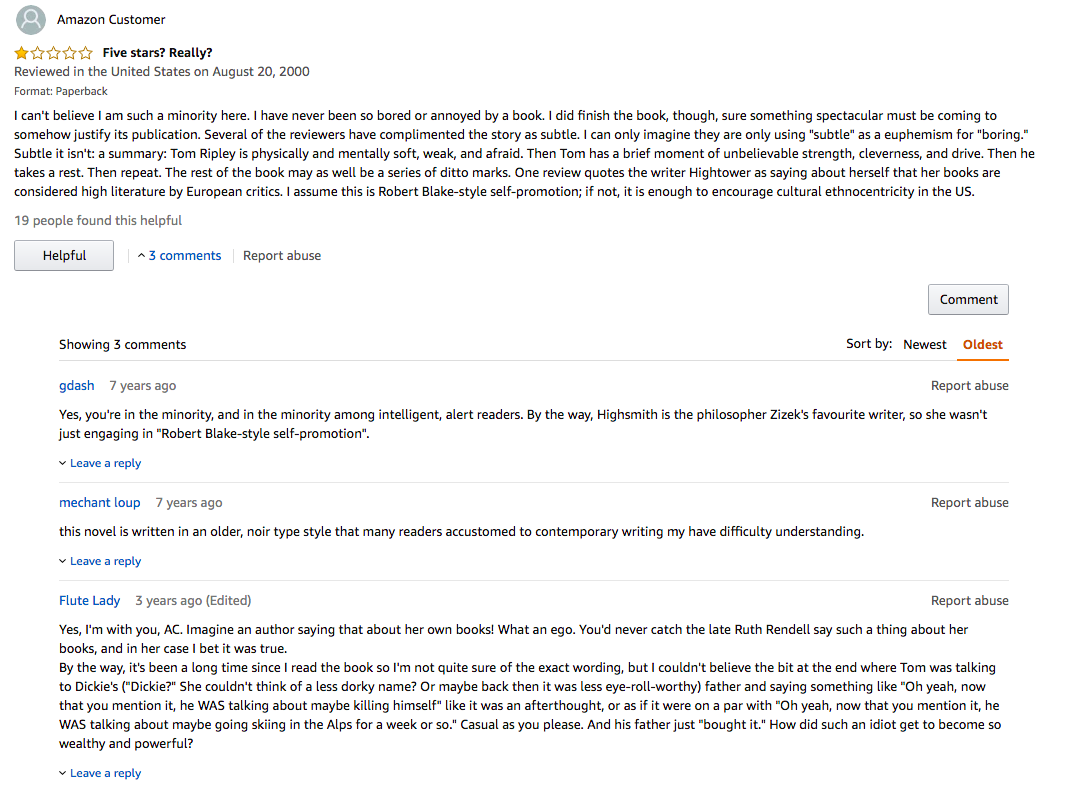 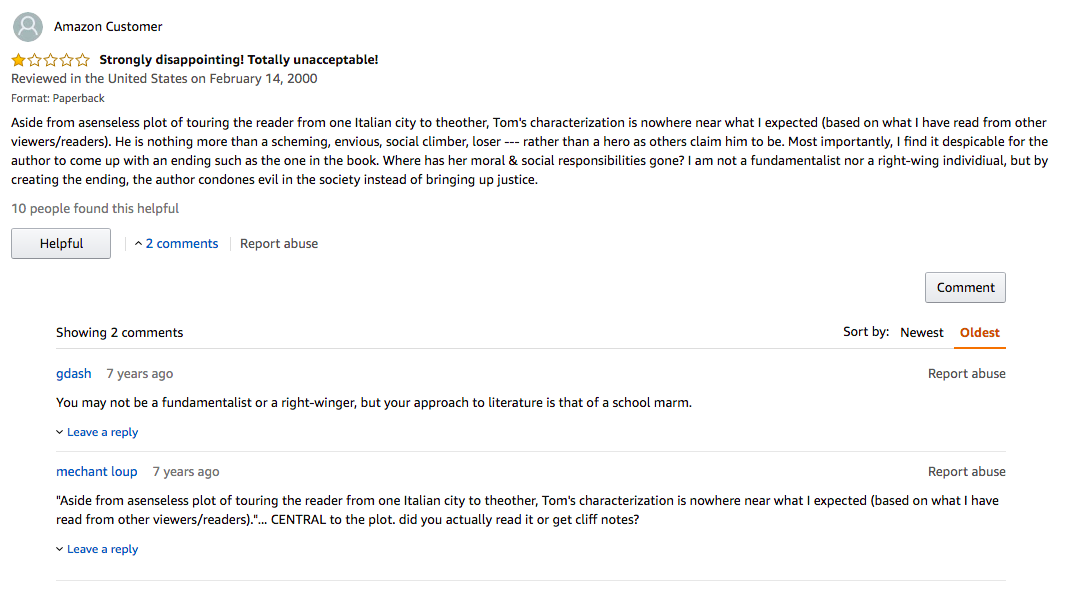 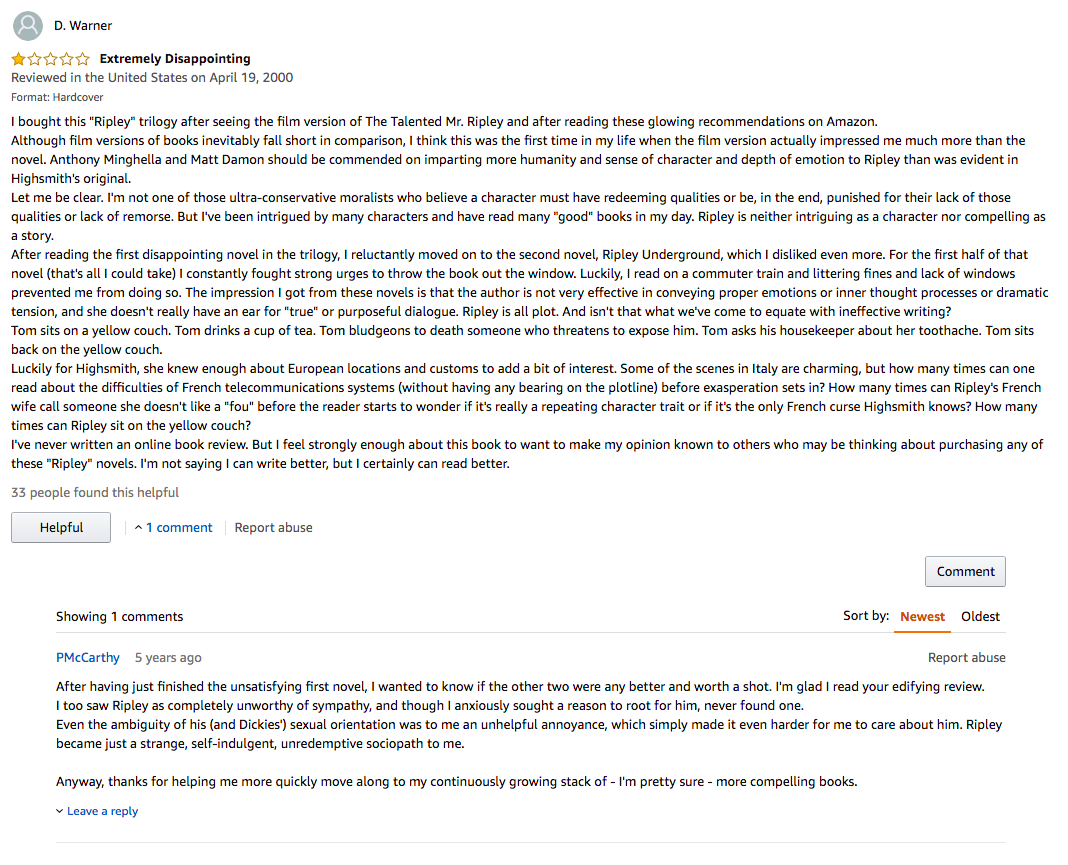 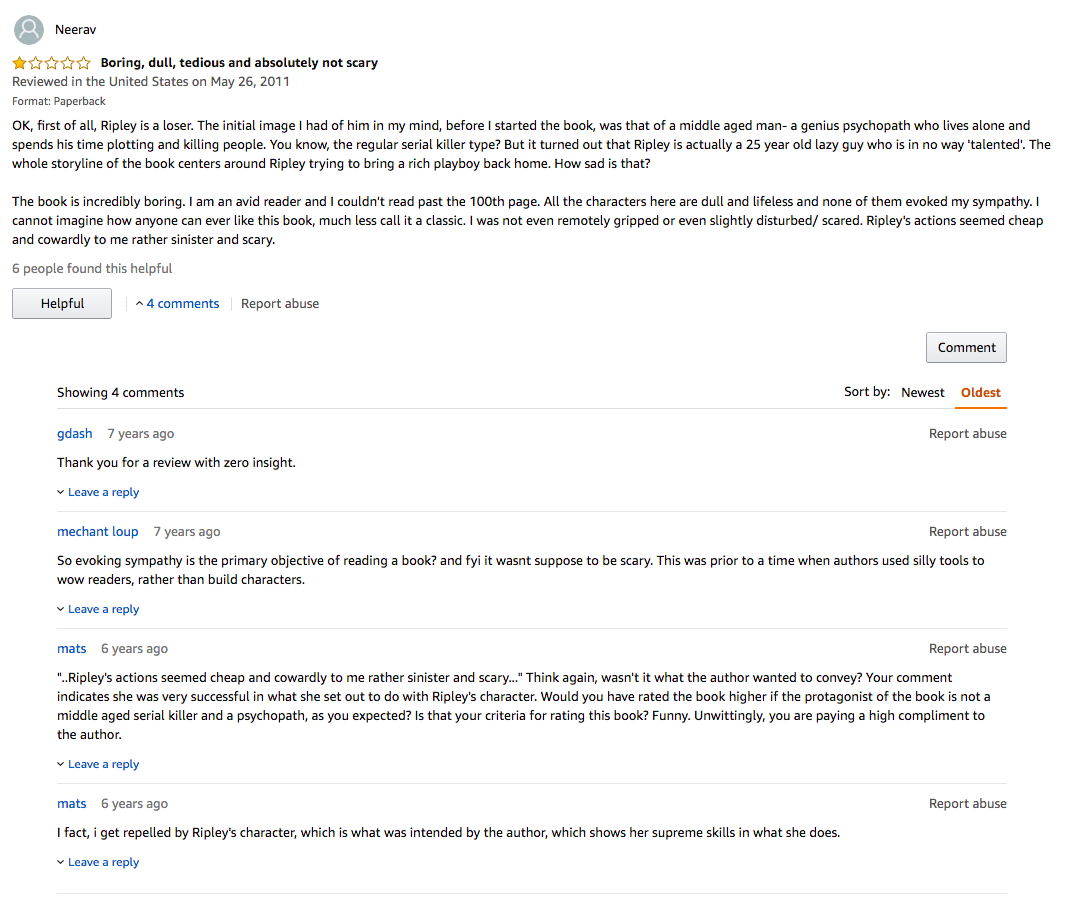 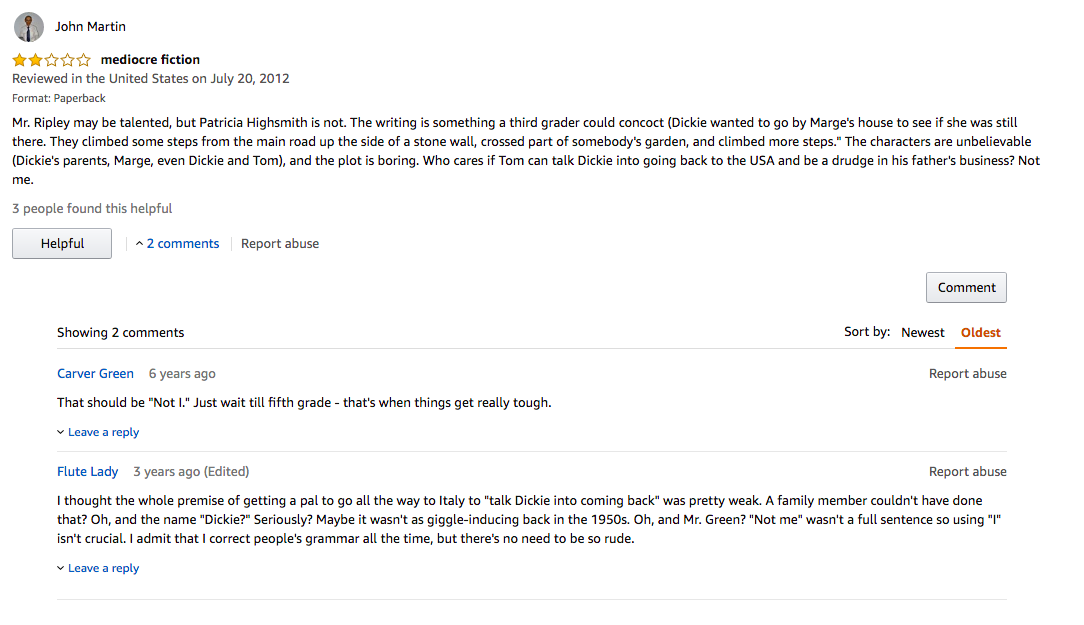 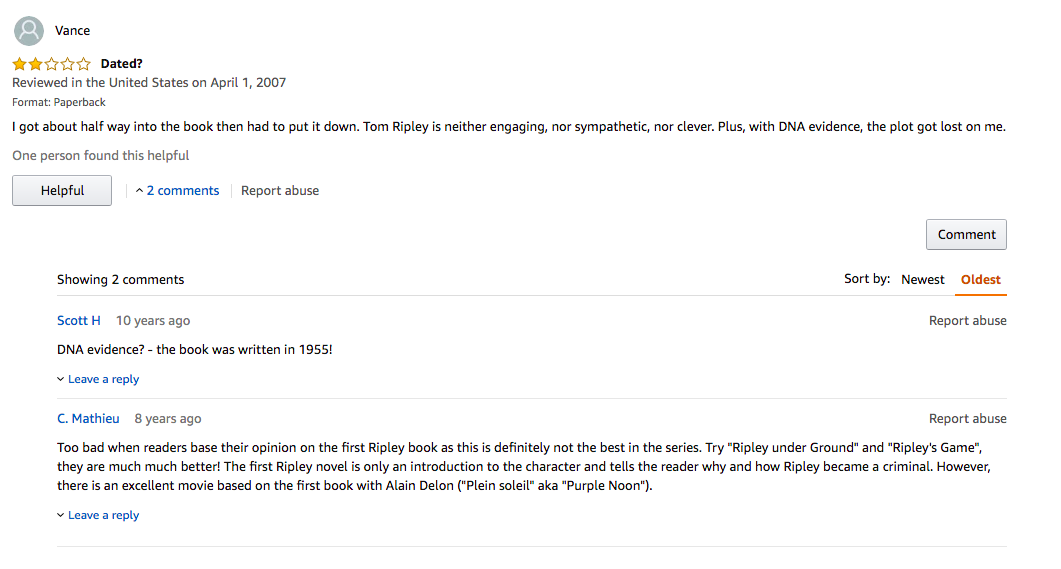 Dahlia Lithwick and Moira Donegan: What Happens When Women
Tell the Truth 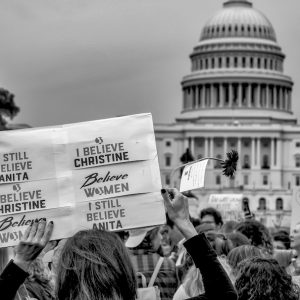 Dahlia Lithwick and Moira Donegan: What Happens When Women
Tell the Truth What if we believed women? That’s the question at the heart of the new anthology Believe Me, edited by Jaclyn Friedman...
© LitHub
Back to top
Loading Comments...