Lessons to Remember from a Model Outsider

The following is a new introduction to Robert Graves’ 1927 biography of Lawrence of Arabia.

T. E. Lawrence was totally badass. There were the many military feats: blowing up 79 railroad bridges in the Arab war against the Turks; riding camels some thousand miles per month over a year-and-a-half period; dodging daggers, bullets, bombs. The man who was a modern before his time: vegetarian, who spoke to women as he would to a man.

The cosmopolitan: so fluent in Arabic that he could speak numerous regional subdialects. The mad bad boy: he wore Arabian clothes—a robe and silk-and-gold headdress—to a Buckingham Palace reception, causing a “rebuke.” In Damascus, a superior officer admonished him for his “scandalous” and “disgraceful” outfit, saying he should be shot, which elicited hysterical laughter from Lawrence; the officer slapped him. No matter. Lawrence didn’t care what anyone thought of him. And he hadn’t yet reached the age of 30.

If you’re like me, someone who follows news on the Middle East but is far from expert on the region, you first approach Lawrence and the Arabs with a bit of trepidation, fearing the need for substantial understanding of history and politics of those lands to fully appreciate this volume. Nothing could be further from reality. This is the book one should read to gain some of that knowledge. Today’s reader, connecting the dots between events from a century ago and contemporary headlines, keeps muttering “aha!” A new understanding emerges.

Robert Graves does more than document the extraordinary story of one British officer and the Arabian leaders in the eastern desert campaign during World War I. The genius of the publisher was to ask a poet to take on the role of biographer. In Graves’s account, the desert also becomes a character. The lyrical poet includes descriptions of ridges of “sun-browned flints” and flowering saffron plants creating a golden view over a great expanse.

The dark poet, the one that dominates, constantly shows the unrelenting and merciless desert; foul waters that must be drunk; the stunning extremes of summer sun that kills a man short on water within hours and winter cold so bitter as to cause otherwise fierce warriors (with the exception of Lawrence) to beg off; snakes so venomous that the only recourse after a man was bitten was the Howeitat treatment, which was to “bind up the bite with snake-skin plaster and read chapters of the Koran to the patient until he died.”

Lawrence’s spirit lives on in the Middle East, for good and ill.

Graves concludes that outside some cities in the north, the “desert would always remain barbarous and primitive.” A reader thinks of Paul Bowles, who later wrote of another desert, the African Sahara, “How fragile we are under the sheltering sky. Behind the sheltering sky is a vast dark universe, and we’re just so small.”

Landscapes shape people. One comes away from Lawrence and the Arabs with the feeling, how can this region be anything other than tribal? That word of course has become a pejorative. Western judgment makes “tribal” synonymous with “backward.” Tribal takes on a different meaning when viewed through the prism of Lawrence—it very much seems like the natural order of things in this harsh environment, while foreign powers, which formed artificial nation-state boundaries in the Middle East, seem most naive and arrogant. Outside meddling in the region continues today, the spawn of this history.

A Syrian friend expressed feelings of admiration-frustration about Lawrence to me some months short of the 100th anniversary of his riding into Damascus as the Turkish fled. Lawrence’s spirit lives on in the Middle East, for good and ill. Lawrence wrote that “my object with the Arabs was always to make them stand on their own feet.” But he wasn’t able to influence the postwar order. During the conflict, he wasn’t an early-day Rambo with a condescending white superior Western attitude. He wouldn’t have survived a fortnight there if that were true.

“Aurens” was loved by many Arabs at the same time his nation’s leaders were selling them out in the secret Sykes-Picot treaty involving the United Kingdom, France, and Russia, which divided up the region in advance of the war’s end, codified later at Versailles—Lawrence tried and failed to defeat Sykes-Picot there.

Lawrence discovered the covert treaty as the war was being prosecuted but kept this information from his Arab comrades in arms, not for sinister reasons, but apparently to forestall them losing spirit. This of course also helped the British cause. Was this bad? Should he have told them as soon as he learned and allowed the chips to fall where they may? The reader can judge.

During the rebuke over his Arabian dress at Buckingham Palace, Lawrence told the person of importance who admonished him: “When a man serves two masters and has to offend one of these, it is better for him to offend the more powerful.” Lawrence was both a British officer and a “white Arab.” Yet Lawrence remained very much loyal to the British master. Graves notes that he was a man who “hovered somewhere midway between the one thing and the other.” He was the consummate outsider, which makes reading about him today so satisfying. 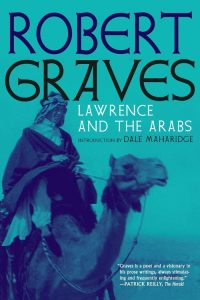 From the introduction to Lawrence and the Arabs by Robert Graves. Used with the permission of the publisher, Seven Stories Press. Introduction copyright © 2020 by Dale Maharidge.

Former newspaper reporter Dale Maharidge is a professor of journalism at Columbia University. He is the author of ten books, including Pulitzer Prize–winning And Their Children After Them, to be reissued by Seven Stories Press with new material in March 2020, and Homeland (both with Michael S. Williamson), as well as Bringing Mulligan Home: The Long Search for A Lost Marine.

To Understand America's Fear-Driven Response to Terrorism, Look to Chicago 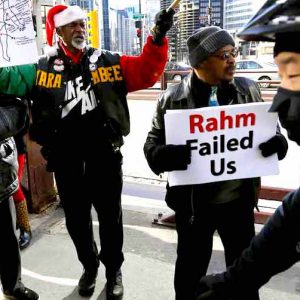 To Understand America's Fear-Driven Response to Terrorism, Look to Chicago

The following is from The Torture Letters: Reckoning with Police Violence, by Laurence Ralph. * In the last letter...
© LitHub
Back to top
Loading Comments...