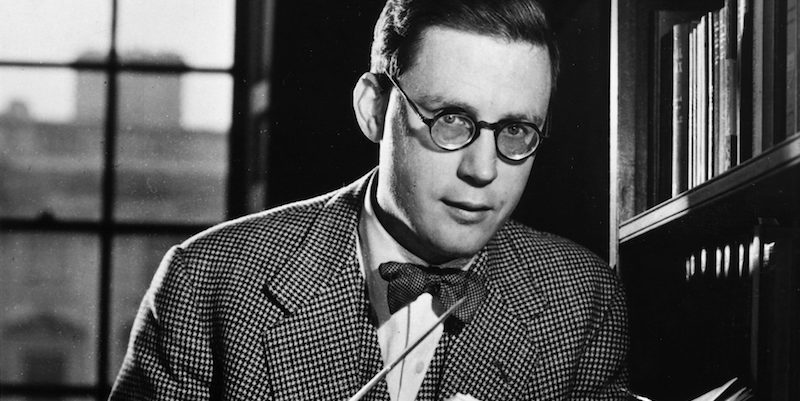 The (Mostly Unknowable) Life of a Fraud

I happened upon the story of Robert Peters while writing a biography of the historian Hugh Trevor-Roper. Like most people, I had not heard of Peters before. I first noticed his name on the cover of a thick folder, inscribed by fountain pen in Trevor-Roper’s lucid, distinctive hand. The folder was among the papers in his study at the Old Rectory, sometimes unkindly described as the only nice house in Didcot.

After Trevor-Roper’s death in 2003, the Old Rectory remained silent and uninhabited for several years, its contents largely undisturbed. In winter it was bitterly cold. I would go there occasionally to work on these papers, trying to keep warm in coat and gloves until the heating took the edge off the chill. On at least one occasion I slept in Trevor-Roper’s bed; his clothes still hung in the wardrobe, and there were still books on the bedside table, including of course a volume of Horace.

His was no ordinary archive; among the more conventional records of an academic historian was correspondence with some of the most senior officers in British intelligence, and other documents relating to Trevor-Roper’s wartime service with MI6—an adjutant’s ledger of Hitler’s appointments, no doubt pocketed during Trevor-Roper’s exploration of the ruined and partially flooded bunker in the autumn of 1945.

Eventually the contents of his study were removed to Christ Church at Oxford. As the movers lified one of the archive boxes into the waiting van, a Luger dropped out.

My biography of Trevor-Roper was published in 2010. As the book relates, Trevor-Roper met Peters in Oxford in the late 1950s. Trevor-Roper was then a professor, and Peters a student reading for a postgraduate degree. The professor agreed to see him, to hear Peters complain that he was being persecuted. Like so many others before and since, Trevor-Roper believed the elaborate tale that Peters told him, until it began to collapse under the weight of contrary evidence.

Once he realized that Peters had been lying, Trevor-Roper was sufficiently intrigued to want to know more. He investigated further, and was startled by what he discovered. As a responsible academic, he was appalled by Peters’s success in outwitting the authorities; but as an individual who delighted in the comédie humaine, he could not help being amused by it. He took a malicious glee in the discomfiture of those whom Peters had fooled. Peters’s ploys exposed the innocence of some, and the pomposity of others.

Trevor-Roper began to keep a dossier on Peters, which he would maintain for the next quarter of a century. A network of informants, in different countries and in different spheres of life, kept the professor abreast of the latest antics of “our old friend.” It was this bulky dossier that I found in Trevor-Roper’s archive while conducting research into his life. In my biography I drew on the dossier to write a brief account of Trevor-Roper’s initial brush with Peters. But this was only the beginning; most of what he learned about Peters remained untold.

The professor was urged to write a book about the bogus parson, and was tempted to do so; but he hesitated, deterred by the threat of a defamation suit while Peters yet lived. He continued to collect information about Peters, but for now he preferred to write about another extraordinary fraudster, this one safely dead: the eccentric Sinologist Sir Edmund Backhouse. Though their backgrounds were utterly different, Trevor-Roper recognized similarities between the characters of Peters and Backhouse. The deceitfulness of such men was matched by their gall.

Robert Peters was such an inveterate liar that it was impossible to believe a single word that he wrote or said: even the most mundane facts would need to be verified independently.

In 2017, while I was revisiting Trevor-Roper’s archive, now safely stowed in Oxford, it occurred to me to consider writing about Peters myself. Trevor-Roper’s dossier was my starting point, but I soon found another substantial file on Peters, kept by successive Presidents of Magdalen, the Oxford college to which Peters had belonged at the time when he met Trevor-Roper; and then another bulky folder, in the Cambridge University Library, of material on Peters assembled by a former Regius Professor of Divinity.

I contacted a retired clergyman, then in hospital in the last stages of his final illness, who ensured that I received his own dossier, which he jokingly referred to as “The Life and Crimes of Robert Parkin Peters.” Other documents came my way through a variety of sources; one of those with whom I made contact had contemplated writing a book about Peters himself. I am sure that there is more material to be found: not least at Lambeth Palace, where there is said to be a filing cabinet stuffed with papers on Peters.

My attempts to storm the palace have been repulsed. The official line is that “clergy disciplinary files” cannot be made available to scholars until 30 years after the subject’s death—in this case until 2035, and I cannot wait that long. My argument that Robert Peters had not been an Anglican clergyman since 1955 was met with a stony silence: the door has remained firmly shut. Of course I understand why such files are sensitive; but if the story of Robert Peters shows anything, it is that swindlers benefit from the reluctance of individuals and institutions to reveal that they have been swindled.

Secrecy benefits the criminal. In this instance, so far as I am aware, the Church of England has little, if anything, of which to be ashamed, though perhaps something of which to be embarrassed. Earlier custodians of Lambeth Palace had been keen to spread the word about Peters’s misdemeanors, but the incumbents prefer to keep mum. It cannot possibly do any harm, and it might well do good, for Lambeth Palace to make an exception to its own arbitrary rule. But there is no reasoning with the bureaucratic mind.

Other avenues of inquiry also led nowhere. Perhaps understandably, some of the women who had been deceived by Peters were reluctant to talk to me; and I felt reluctant to press them. While aware that there must be more to be discovered about Peters, I felt that I had to stop somewhere, or I would never finish. As Trevor-Roper himself remarked, at a similar point in his study of a different subject, there is a law of diminishing returns; and “if a problem will not yield to a direct assault, it may be wisdom to pass it by and tackle another, which may indirectly serve our purpose, rather than lay a long and futile siege to an impregnable fortress.”

It was clear to me from the start that a conventional biography was not the best form for such a subject. For one thing, Peters was such an inveterate liar that it was impossible to believe a single word that he wrote or said: even the most mundane facts would need to be verified independently. Thus, for example, he consistently lied about the year of his birth, providing different dates at different times. Trevor-Roper compiled what he called a “curriculum vitae,” a true chronology of Peters’s life, in contrast to the many fallacious curricula vitae that Peters composed in the course of his career. (He would sometimes refer to this as the “Revised Version,” an allusion to the revised version of the King James Bible issued in the 19th century.)

Studying Peters is like tracking a particle in a cloud chamber: usually one cannot see the man himself, but only the path he left behind. I realized early on in the process that Peters could only be known from the outside: his inner thoughts and feelings were hidden, and would almost certainly remain so, however much I might discover about him otherwise. Indeed, it seemed to me likely that he barely knew himself, because had he done, he surely could not have acted as he did. His motives could only be deduced from his behavior. Nevertheless I have attempted a brief character sketch as a form of conclusion.

Like a detective re-examining an old case, I have been frustrated to find that parts of the story are now irretrievable. But to compensate for that which has been lost, I have been able to discover much that is new. 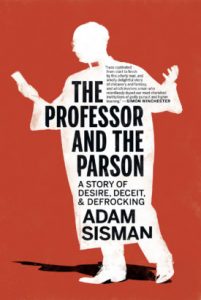 Copyright © 2020 by Adam Sisman, from The Professor and the Parson. Excerpted by permission of Counterpoint Press.

Adam Sisman is the author of Boswell's Presumptuous Task, winner of the National Book Critics Circle Award for Biography, and the biographer of John Le Carré, A. J. P. Taylor, and Hugh Trevor-Roper. Among his other works are two volumes of letters by Patrick Leigh Fermor. He is a fellow of the Royal Society of Literature and an honorary fellow of the University of St Andrews. The Professor and the Parson is out now from Counterpoint.

What the Great Russian Writers Didn't Get About the Criminal Mind 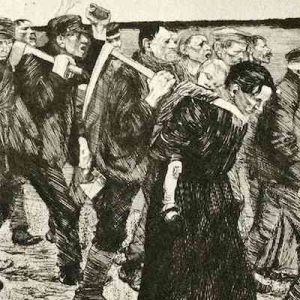 What the Great Russian Writers Didn't Get About the Criminal Mind