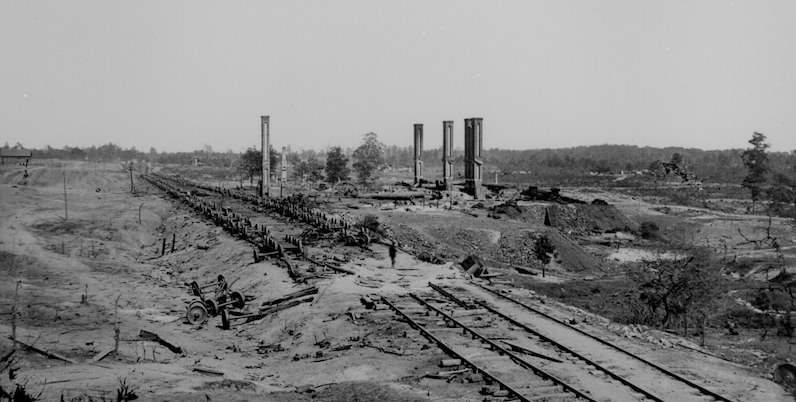 Was ‘The Burning’ the Hardest Story for Eudora Welty
To Write?

Disavowing the Rituals of the American Civil War

Whenever Eudora Welty spoke of her lone Civil War story, “The Burning,” portraying the destruction of a Mississippi plantation by Union troops, it was usually with dismissal and outright disparagement—although at times her remarks tended to blur her distaste for the story with her horror of anything to do with the Civil War itself. “As for ‘The Burning,’” she told Jan Gretlund in the 1970s, “I think that is a bad story. I don’t know why I tried to write anything historical.”

She was even more frank, though, about the failure of the Civil War to “capture” her imagination, as had been suggested rather wistfully by another inquiring interviewer. “It doesn’t capture mine,” she abruptly told her interviewer. “I abominate the Civil War and everything about it, and I don’t feel anything but horror and infinite regret, even just despair sometimes that it happened. I mean, despair over the tremendous loss of life, which is the way people felt about the First World War in England.”

In correspondence with editor Mary Lou Aswell, Welty indicated that the very subject matter of “The Burning,” which went through numerous drafts before its 1951 publication in Harper’s Magazine, was unnerving for her—and all too reminiscent of the trying years of World War II. “I was feeling anxious about that first one I’ve done in so long,” she told Aswell, “and such a dark old one—guess it was how I was feeling about war and people—something about what people do and always have done to each other, in ignorance and the dark, or something, that ritual-like behavior—isn’t it that part of war that always frightens us?”

To her friend John Robinson, whose own wartime service had been the source of considerable anxiety and worry for years, she described an early version of the story as “horrible” and even observed that in writing and rewriting the story multiple times she scared herself. Throughout the summer of 1950, while Welty was producing multiple drafts of the story, she alternated between worrying about the story’s opacity and its subject matter. Still, the story won second prizein the 1951 O. Henry competition, and Shelby Foote insisted on including it in an anthology of Civil War stories that he edited, much to Welty’s bafflement.

Above all, though, Welty’s ambivalence about the story could be detected in the multiple drafts the story required, the different titles pondered, and the stumbling, hesitant emergence of the narrative Welty struggled to tell. Was it yet another elegy lamenting Confederate defeat in the tradition of Lost Cause literature, a somber meditation on the self-destructiveness of a slave society, a sly takedown of Gone with the Wind and the cult status both novel and film still enjoyed on the eve of the civil rights movement, or even a muted celebration of the untold stories of freedom to emerge with slavery’s demise?

“The Burning” frankly repudiates Lost Cause commemorations and narratives and the erasures they require.

Commentators like Patricia Yaeger and André Bleikasten have uneasily noted the story’s multiple shifts and tone and have even debated just what character and point of view constitutes the central concern of “The Burning.” As though to underscore the story’s uncertain focus, multiple titles were considered in draft after draft. The story was originally titled “The Ghosts,” as though to underscore destruction of everything the plantation house represented, briefly retitled in subsequent drafts with the names of the three main characters, “Theo, Myra, Florabel,” the manor’s two white mistresses and their slave, as if to suggest a sequence of three different stories, and finally relabeled as “The Burning,” a title that shifted emphasis back to the fire that destroyed an edifice virtually interchangeable with the institution of slavery itself.

Perhaps even more to the point, the story pairs the fire with the twin suicide of the two white mistresses, who cannot conceive of a story or a life unsupported by the institution of slavery, and their deaths are followed by the departure of a young slave girl, now called Delilah in the final version of the story, who leaves behind her at story’s end the bodies of her mistresses, the ashy remains of the manor, and slavery itself as she ventures onto the road to freedom and the beginning of her own story and history.

Welty’s anxiety and ambivalence about the story—as well as the number of drafts and narrative shifts it seemed to require—very likely had a good deal to do with her lifelong repudiation of the cult of memory, mourning, and defeat in the white South, whether in the form of Gone with the Wind, a novel she once said she refused to read, or the Civil War memorials and historic preservation projects that were so much a part of the 20th-century South.

Indeed, “The Burning” can be read not just as a scarcely veiled parody of the whole Gone with the Wind phenomenon with its vivid imagery of devastated plantations and victimized white ladies, but as a condemnation of the whole culture of defeat and narcissistic melancholia nurtured by so many white southerners and enshrined in white Lost Cause stories from Thomas Nelson Page’s “Marse Chan” to Gone with the Wind itself.

What those stories tell over and over again is the story of the masters who lost the authority bestowed upon them by slavery, mourned its passing, and presented themselves as ever-diminishing and restless ghosts blind to the griefs and losses of others. Whether stories, films, or even Confederate memorials and statues, Lost Cause narratives and representations specifically required the erasure of slavery as a central cause in any account of the Civil War as well as the erasure of African American stories of freedom and self-determination.

Written in 1950 amid heightening postwar racial strife in Mississippi and after Welty’s return from an extended trip to Europe in the first years of decolonization, “The Burning” frankly repudiates Lost Cause commemorations and narratives and the erasures they require, and, in doing so, it eerily anticipates contemporary debates about whether or not to remove Confederate statutes and memorials erected to legitimize segregation and white supremacy.

Welty herself was all too aware of the racial politics underlying Lost Cause commemorations. For the first 16 years of her life, her family lived just two blocks from the state Capitol, the south lawn of which featured a famous monument to Confederate women sculpted by a young up-and-coming Tennessee artist named Belle Kinney, cast in 1917, and dedicated that same year. The monument offers an allegorical portrayal of two women supporting and comforting a dying Confederate soldier as chief mourners of the Lost Cause, a role assigned to white women in popular prints since Appomattox.

One of seven monuments erected to white elite women of the Confederacy, the sculpture implicitly underscores the Confederate cause as defense of hearth and home. As Cynthia Mills argues in her discussion of the monuments, the statues were designed to exalt white elite women and made “no reference to the slaves who supported the southern plantation economy and who worked closely with the veterans’ wives and mothers.”

Welty’s own family background undoubtedly intensified her later skepticism about Lost Cause myths and representations and her growing frustration with conventional Mississippi racism in the 1940s and 1950s. Suzanne Marrs, Welty’s biographer, observes that Welty’s parents, hailing from West Virginia and Ohio respectively, were a good deal more progressive than most white Jacksonians in early 20th-century Mississippi and that Welty’s mother came from a family in West Virginia with antislavery sentiments.

By the time World War II had ended, Welty was expressing growing frustration with Mississippi politics, racial tensions, and demagogic politicians like Theodore Bilbo, and she was quick to ascertain the parallels to be drawn between decolonization in Europe and racist politics at home. “I started reading A Passage to India again,” she wrote her agent Diarmuid Russell; “—the politics in Mississippi make me so sick I have to get some release and there really isn’t any against the rage that comes over me—what is going to happen, with things like this and people like that Bilbo—It’s too much for me.”

Something of that frustration spills over into the pages of “The Burning”with its sudden shifts in tone and point of view. The story fairly percolates with one violent turn after another—the sudden explosion of a white horse and two soldiers through the doorway of a lonely plantation manor occupied by white women and black slaves, the rapes of two mistresses and their slave, the looting and burning of the house, the subsequent death in the fire of a child who may himself be the product of rape, the double suicides of the white women who find themselves unable to face either dishonor or displacement, and the sudden terrifying vision the surviving slave has both of the slave past and of her own mysterious future.

Yet for all the violence, there is a turn in the story André Bleikasten once termed “burlesque” and that Welty herself referred to in an early version of the story as “funny, maybe.” A good deal of that burlesque quality, I would argue, has to do with the story’s muted but unmistakable parodying of narrative motifs, scenes, characters, and images drawn, if not from the novel version of Gone with the Wind, then from the movie’s far more flamboyant and over-the-top Technicolor version of Margaret Mitchell’s bestseller. 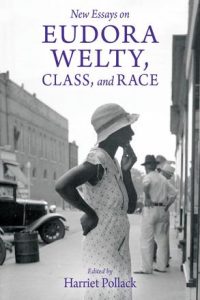 Excerpt from “Faltering Narrative: Eudora Welty’s ‘The Burning,’ Slavery’s Ghosts, and the Politics of Grief” by Susan V. Donaldson in New Essays on Eudora Welty, Class, and Race edited by Harriet Pollack, Copyright © 2020 by University Press of Mississippi. Reprinted with permission of University Press of Mississippi and Susan V. Donaldson. All rights reserved.

Susan Donaldson is the Director of Undergraduate Studies and NEH Professor of English & American Studies at the College of William & Mary. 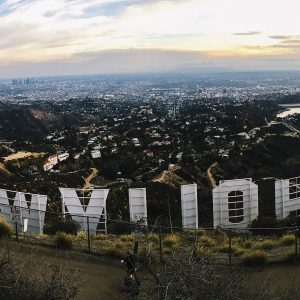 Thirteen years ago, on one of those crisp and beautiful autumn days before all weather was the end of the world, Lucy Liu walked...
© LitHub
Back to top
Loading Comments...