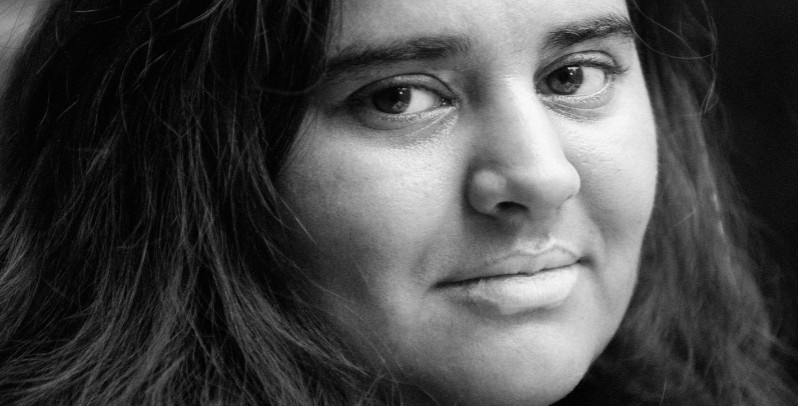 The night I met Jade Sharma, I saw her verbally shit all over the guest of the evening, Paul Auster, at a literary event in New York. From the back of the audience, she stood and assailed him at length over a minor point related to Beckett. Look, she said witheringly, I studied Beckett. I mean, I’m sure you know stuff—they, like, paid you to come here and talk, but… It was incredibly rude, totally uncalled for. I liked her immediately.

Jade had the audacity to die at the age of 39, on July 24, 2019. Since then, there’s been a Jade-shaped hole in my life that I haven’t been able to reconcile.

What drew so many to her, and her critically acclaimed novel Problems (Coffee House Press, 2016), was a caustic wit that might repel anyone else. Here is Maya, the female narrator of Problems, on women: “Imagine the voice-over in a car commercial… ‘The female body, luxurious and roomy, can accommodate three cocks and three babies at full capacity.’

” On marriage: “Sometimes I thought the only natural ending to our relationship would be a homicide/suicide. Anything else would feel like a letdown.” On parenting: “In India, I saw children just crawling around in the garbage. Better that way—set the standard low.” On heroin: “High. Walked down the street like I had a cock. Like the city was my bitch and I was fucking it in the ass.”

Yet, Problems is a gentle book. It is plainspoken, funny, and wise, bearing none of the audacity of its irreverent narrator. Many consider it an addiction novel, but those are typically about recovery or redemption and this has little of either. The book jacket called it “Girls meets Trainspotting,” which is a bit too splashy; this story has pretty much just one “girl” in it, and none of the panache of Irving Welsh’s oeuvre. To me,

Problems is more an outsider narrative. If it’s about anything, it’s about the interiority of an intelligent woman losing her grip on life. “It was easy for everyone to wake up and shower and brush their teeth, but I lived between the days, so it was hard to know when to do those things”; “The past me was always fucking with the present me”; “Sometimes I felt like I was pushing against the day, and it wouldn’t go anywhere.” It’s a rare window into the life of someone as willing to give of herself as she is unable to get herself together.

When I found out Jade had died—had “fucking died,” as her editor Ruth Curry put it—I compulsively went back through our texts and emails. I was plagued with a question. It wasn’t how; I was pretty sure how. It wasn’t why exactly, either. When I ran out of artifacts, I picked up Problems and read it again. I read the whole thing that night, asking this unnamed question in the back of my mind. And, reading it this way, I found something beautiful and cracked: In the book, she was asking the same question the whole time.

Jade used to joke about how her book would look with an Oprah’s Book Club stamp on it. She thought it would be hilarious. I just thought it possible.

Here’s a small example. Our narrator Maya, at one point writes, “The best parts of us developed from overcompensating for something we weren’t given. Whatever hole was made when we were kids is the same size as our ambition and need for attention.” It’s a quiet insight. But her proof—“They say ugly girls have to develop a personality”—precedes this takeaway: “So is it better to be interesting but damaged, or mediocre but stable?” Here is a searching and expansive mind, yet it contracts in curious places. At once suspicious of love and desperate for it, Maya is always probing to see what it is made of. That makes this book largely a meditation on love, but not in the typical sense. It is more like a dissection of love. A demand to know what it’s for, how it works, where it comes from, how it’s wielded. These are universal questions, ones we rarely see in full relief because sentimentality gets in the way. But for Maya—for Jade—the question of love is exploded. Everyone’s the wiser for it, but everyone is a casualty.

I am dwelling on Problems because it’s the only novel that ever got through to my jaded bitch heart. It illuminates truth in a way that runs counter to most people’s taste. I consider it an achievement, an advancement in the story of who we really are. Jade used to joke about how her book would look with an Oprah’s Book Club stamp on it. She thought it would be hilarious. I just thought it possible. It’s that strong a work, even if—and perhaps

because—it is a world apart.

I’m also dwelling on Problems because, aside from those texts and emails, it’s all I have left of Jade. At the same time, I’m wary of my own sentimentality and impulse to mythologize. But then I remember how I thought of her, and Problems, when she was still alive, and it is no different. Jade really was remarkable. Remarkably late, usually. Remarkably unprofessional always. She was difficult and had her fair share of, well—problems.

Catapult held a small gathering in remembrance of Jade recently, and at times it felt like a group therapy session. People who had known her told stories about the times she flaked, the chaos and aftermath they’d had to sort out because of her.

I’m dwelling on Problems, really, because it answered that question for me, the one I couldn’t put my finger on: What, really, are we doing—what the fuck is this life, what is it for, where is it going? What really matters, and what do we do? I only trust people who are addled by this question, even if I fucking hate their answer.

Melissa Mesku is a writer and engineer. Her work has appeared in Guernica, National Geographic and Lapham's Quarterly. She is the founding editor of ➰➰➰ and lives in New York City. 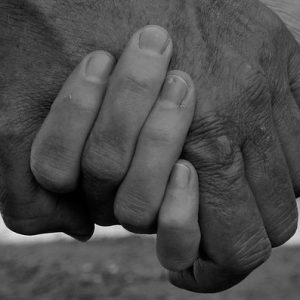 I was going through my notebooks the other day when I came across a piece of paper; a torn scrap on which I’d written hurriedly...
© LitHub
Back to top