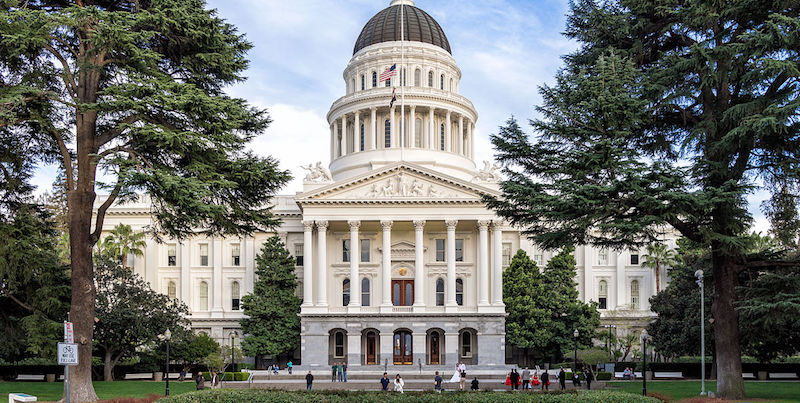 California runs on tech-driven gig labor, and its creepy, dehumanizing effects are everywhere, from lawsuits over working conditions at ride-share companies and horror stories about an algorithm-based work system to the literary lens of writers whose recent books have set readers squarely in the hellscape of tech-brainwashed San Francisco. Now, the state that birthed the modern gig economy has passed a law to fight it, with an unexpected side casualty: freelance writers.

The author of the law, Assemblywoman Lorena Gonzalez, D-San Diego, responded on Twitter on Thursday to a months-long angry outpouring from writers over the law, saying that she would work to clarify the parts of it that have drawn the most criticism. For those of us who have mostly encountered this fight so far in the form of Twitter screeds, acronyms, and other internet echoes, here’s what’s been going on:

The law, AB5, makes it harder for companies to use freelance labor. Signed by California Gov. Gavin Newsom last September, it went into effect Jan. 1 and places new limits on who can legally work as a contractor. The law is meant to target companies that rely on freelancers in order to skirt the financial burden of paying for health care or other benefits; in particular, tech companies like Uber and Lyft. Gonzalez has said that the current state of the gig economy is unsustainable, and with companies seemingly increasingly reliant on freelance labor, more and more workers are left without significant labor protections of any kind.

Writers have, for the most part, loudly opposed it. One particular point of contention: the law limits writers from producing more than 35 stories for any given outlet per year without being classified as an employee, a provision that would outlaw, for example, most weekly columns. And while there are loopholes—for example, registering as an LLC would allow a worker to avoid the “contractor” label—a number of writers have pointed out that employers spooked by the new law are likelier to just cut them out entirely, rather than hiring them full-time or working within the law to keep giving them assignments.

What matters is how publications interpret the law–or rather, the higher-ups and the teams of lawyers at those publications, whose job it is to be risk-averse and protect the company from lawsuits.

Also, not all writers meet the criteria to become an LLC, Tricia Legittino, a Los Angeles-based lawyer specializing in litigation and employment, told Quartz.

Vox Media announced it would end contracts with hundreds of freelance writers in December, and shortly afterward, The American Society of Journalists and Authors and the National Press Photographers Association filed a lawsuit over the bill. “As part of the Authors League Fund I’m already seeing writers and journalists whose livelihoods have been simply been destroyed,” author Neil Gaiman tweeted this week.

Others have pointed out that, while the law is meant to hold employers accountable for paying employees a fair wage and benefits, it doesn’t address the underlying reasons that companies have increasingly turned to freelance labor. In many ways, today’s media landscape has been shaped by a nationwide culling of editorial staff jobs following the drain of advertising dollars to the tech industry. This law, targeted mainly at the tech companies who have weakened journalism revenue, is also affecting the same writers who have already sidelined by tech money.

How many gig workers are there, anyway? It’s hard to say. A 2017 paper paper from the UC Berkeley Center for Labor Research and Education pointed to a lack of data in this area, along with “considerable confusion about labels such as gig work, sharing economy, contingent work, freelancing, precarious work, independent work, contracted work, temp work, and so forth.” Upper estimates range as high as 55 million (from the Bureau of Labor Statistics’ 2017 data), while a Gallup poll estimated that more than one-third of US workers were in the gig economy. The UC Berkeley paper showed that in 2015 in California, 10.4 percent of those working in media occupations were independent contractors.

The law is under attack from other groups, too. Uber and Lyft have pledged millions of dollars to fight it. Interpreters’ groups have protested it. The law exempts “fine artists,” which has left arts organizations asking: who’s a fine artist? Who’s a writer, for that matter?

Gonzalez says she and other legislators are addressing that exact question now. They have a plan, she tweeted, to cut the 35-article limit and “more clearly define freelancer journalism.” She also said legislators were “finalizing language” around platforms that photographers use to sell their work, and that they planned to address criticisms over the law’s potential effect on musicians.

Until then, we can probably all agree, no one really knows who qualifies as a writer, and no one ever really will.